New Delhi: The India Meteorological Department (IMD) on Tuesday issued Orange alert for urban and rural districts of Bengaluru, predicting heavy rainfall for the next 4-5 days in the city.

Earlier on Tuesday, the IMD had predicted widespread rainfall in South India, due to a cyclonic circulation that lay over Kerala and neighbouring states in the lower and middle tropospheric levels and a north-south trough running from west Vidarbha to north Kerala in lower tropospheric levels.

Isolated heavy to very heavy falls very likely over Kerala-Mahe, Tamilnadu, Coastal and South Interior Karnataka during next three days and isolated heavy for subsequent two days," it added.During the late hours on Tuesday, the department had also predicted light to moderate rain over some parts of Telangana.

Meanwhile, on Monday, the weather forecasting agency announced the further advancement of the Southwest monsoon into the parts of South Bay of Bengal, Andaman Nicobar Islands, and the Andaman Sea. (ANI) 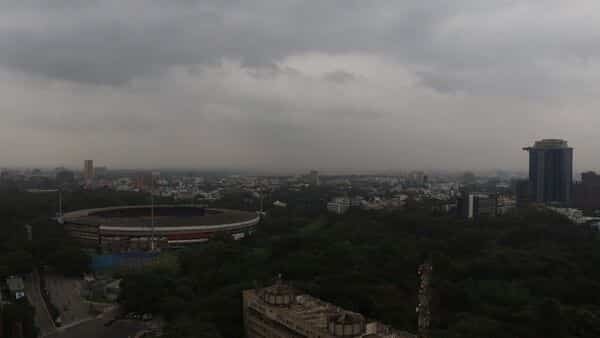 IMD forecast: Orange alert for Bengaluru, heavy rain predicted in parts of southern states. Details here
IMD predicted widespread rainfall in South India, due to a cyclonic circulation that lay over Kerala and neighbouring states in…

Livemint
One subscription that gives you access to news from hundreds of sites
Red alert issued in 4 Kerala districts, orange alert in Bengaluru. Full IMD forecast

The Hindu
IMD predicts very heavy rainfall in these areas in next 3 days. Full forecast here

The weather department also shared an update on the approaching moisture laden Southwest monsoon winds through Andaman and Nicobar islands&nbsp;

Livemint
One subscription that gives you access to news from hundreds of sites
Kerala: Heavy rains continue to batter state, orange alert in 12 districts