We will go all out in T20 series, need to win it at any cost: Harmanpreet 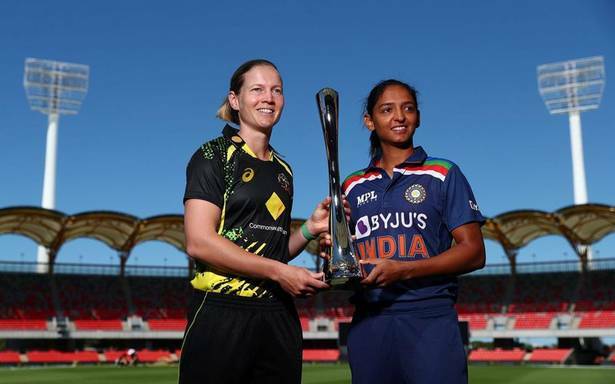 The momentum is with the women in blue.

They won the final ODI against an Australian side that hadn’t tasted defeat in three years, and then held the upper hand right through the Day/Night Test. Skipper Harmanpreet Kaur is confident India could win the T20I series, which begins at Carrara on Thursday.

“We got the momentum in the ODI series and we hope to take that into the T20I series,” Harmanpreet said at a virtual press conference. “If we could win all the three matches, we could also win the multi-format series. So we will go all out... we want to win the series at any cost.”

She feels that such multi-format series benefit the players. “It is a good initiative by the ICC, BCCI and other boards,” she said. “We could get to play ODIs, T20Is and Tests in the same series.”

She could not be part of India’s historic Day-Night Test against Australia because of a thumb injury. “It was very disappointing that I had to miss the Test,” she said. “If there had been more days between the ODIs and Tests, I would have been able to play.”

She admitted it was tough battling injuries one after another of late, not to mention the problems caused by the pandemic. “I am much better now and am confident about my batting after the sessions at the nets too,” she said. “I can also field well now, which wasn’t the case earlier.”

The captain hopes the top-order batter Jemimah Rodrigues will be able to carry her great form from The Hundred, in which she was the second-leading scorer and had a strike-rate of 150.90.

“She played really good cricket in The Hundred,” Harmanpreet said. “She played her role perfectly for her side (Northern Superchargers). We hope she does it here too.”