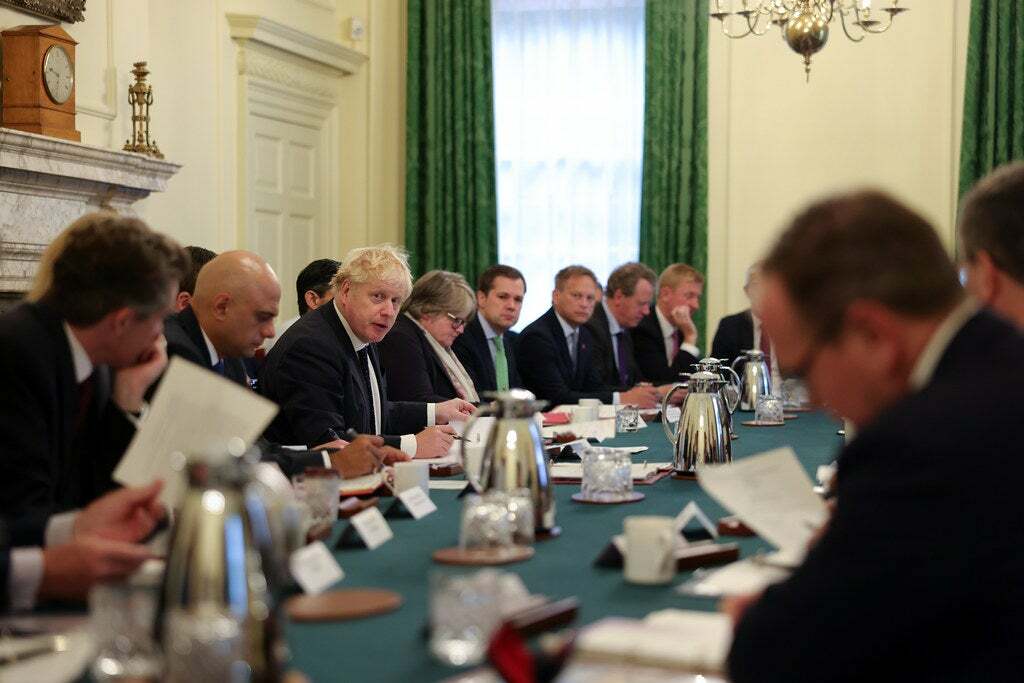 Like a political version of musical chairs, Boris Johnson, the prime minister, is undertaking a cabinet reshuffle and has rebranded his frontbench group of ministers.

No 10 told the media that the move would “put in place a strong and united team to Build Back Better from the pandemic”. The dramatic reshuffle has so far seen Johnson demote former foreign secretary Dominic Raab to justice secretary (with Liz Truss getting the call up to replace him) and sack three Cabinet ministers – education secretary Gavin Williamson (a role which has been passed to Nadhim Zahawi), justice secretary Robert Buckland and housing secretary Robert Jenrick (who has ben replaced by Michael Gove).

Nadine Dorries, a best-selling author and former star of I’m a Celebrity… Get Me Out of Here, has taken Oliver Dowden’s culture secretary job.

With all this in mind, we thought we’d use the opportunity to draw up our own fantasy cabinet in the hope that BoJo takes some notes for next time...

Chancellor of the Exchequer

What’s Noel Edmonds up to these days?

He’s used to taking calls from the Banker on the axed Channel 4 gameshow Deal or No Deal, maybe he should be given a call by Johnson to be his right-hand man and lead the Treasury?

Striking up deals (or maybe not so) and giving away big sums of money? Sounds like it’d be right up his street.

We’d suggest firing Priti Patel, getting her to walk out of Number 10, only to call her back in and reinstate her to a junior position, just to give her a turnaround as inhumane and degrading as her tactic for migrant boats is.

This is where we think Matt Hancock could make a comeback, because he’s certainly got friends with benefits.

Of course, the secretary of state for education is someone who would be visiting many of the country’s educational establishments, from primary and secondary schools, to universities. Therefore, it’s best we get someone who could use the free lessons.

"£20 a week is about two hours extra work every week, we will be seeing what we can do help people perhaps secure those extra hours”

Because if you think that £20 a week is “about two hours’ extra work every week”, then not only are you grossly overestimating the average hourly wage in this country, but you probably need some basic economics lessons as well.

As the Resolution Foundation, an independent think tank which looks to improve “living standards for those on low-to-middle incomes” puts it: “A Universal Credit claimant on the National Living Wage will take home as little as £2.24 from an extra hour’s work.

“A small increase in working hours will be nowhere near enough to cover the £20 a week cut coming their way next month.”

In the midst of a deadly coronavirus pandemic, we truly need a health secretary who can boost the vaccine rollout, obliterate anti-vaxxers and their nonsense, and offer some calm words of reassurance that everything is going to be alright.

And if there’s one man who can do that while we’re eating a bowl of cereal in the morning, then it’s Dr Hilary Jones from Good Morning Britain, of course!

In other words, we need a health secretary with balls – though preferably not as big as those reportedly belonging to a friend of Nicki Minaj’s cousin.

Seeing as Gavin Williamson has now been sacked as education secretary, we think he’ll be a fab fit at the Department for Digital, Culture, Media and Sport. Heck, he couldn’t tell the difference between footballer Marcus Rashford and rugby player Maro Itoje!

Let’s not forget that the role would see him visit a few theatres, too. We recommend Shakespeare, as it may jog his memory about what he got in his A-Levels.

Okay, hear us out, but with nightingale courts, underfunding and a terrible backlog of cases waiting to have their day in court, we think there’s only one man up for the job.

You may laugh, but that man was serious when he released an absolute belter in 2004, stating that “if there’s any justice in the world, I would be your man”.

Well, there is justice, sir, and we need you to hand it out.

We’re counting on you, you musical legend.

Many people fail to realise that in addition to the immense power that can come with being a secretary of state, it can also be an excellent opportunity to learn more about the industry for which you’re responsible – be it the cultural sector, policing, or the environmental industry.

And if there’s one Tory politician in need of some educating, it’s Dominic Raab, given that he thinks it’s possible for the sea to be “closed” – remarks made by the current foreign secretary last month when he refuted allegations that he was paddle boarding in Crete while the crisis in Afghanistan unfolded.

Foreign Secretary @DominicRaab says he couldn’t have been paddle-boarding in Crete while Kabul fell because “the sea was closed”pic.twitter.com/ofNgdZ6wOO

Either that, or it could be another one for Thérèse Coffey, because managing a department which deals with food would be a nice bit of nominative determinism.

Chris Grayling, anyone? Just us? Not even for the laughs?

Whether any of these actually happen remains to be seen, but we can dream…