Greg Norman claimed that “we’ve all made mistakes” as he attempted to rebuff questions over Saudi Arabia’s human rights abuses and the murder of the journalist Jamal Khashoggi on Wednesday.

Norman, who is fronting the Saudi-funded LIV Golf Invitational Series which begins next month at Centurion Club in St Albans, inevitably faced several questions over accusations of sportswashing at a media launch event.

Asked specifically about the murder of dissident journalist Khashoggi at the Saudi consulate in Istanbul in 2018, which a UN special rapporteur and the CIA claimed was sanctioned directly by crown prince Mohammed bin Salman, Norman said: “Everybody has owned up to it, right?

“It has been spoken about, from what I’ve read, going on what you guys reported. Take ownership, no matter what it is.

Bin Salman, who is the chairman of the Saudi sovereign wealth fund that is funding LIV Golf, has denied the allegation. Norman said he has never spoken to the crown prince but on Tuesday he announced that LIV had received $2bn in additional funding to establish a 14-event global golf league in 2024 that would directly rival the PGA Tour.

“I haven’t had one personal connection with MBS, I’ve never even met the guy, he said. “But at the same time, I do read that the Saudi government has made their statements about it and they want to move forward.”

The two-time Open champion became similarly flustered when asked about the execution of 81 men in Saudi Arabia on 12 March.

“I got a lot of messages but quite honestly I look forward,” he said. “I don’t look back. I don’t look into the politics of things. I’m not going to get into the quagmire of whatever else happens in someone else’s world. I heard about it and just kept moving on.”

Asked if he has any gay friends who have expressed their concerns over his association with Saudi Arabia, Norman said: “I’m not sure whether I even have any gay friends, to be honest with you,”

Just hours before Norman met the media at Centurion Club, the LIV Invitational Series reached another fractious juncture as it was revealed both the PGA Tour and the DP World Tour, formerly known as the European Tour, had rejected players’ requests to be granted releases to participate in the $25m event.

Phil Mickelson, Sergio Garcia, Lee Westwood, Ian Poulter and Martin Kaymer are among those who’d sought releases to be in the field on 9 June but they may now face fines or bans from their respective tours if they choose to play.

Norman said 36 of the 40 players currently committed to the debut tournament are ranked inside the world’s top 150 and pledged to “defend, reimburse and represent them” in the event of sanctions and added that LIV Golf have injunctions “ready to go”.

“We are going to back up the players,” said Norman. “It will be the player’s choice. I’m not going to begrudge any player who makes a decision to play wherever he wants. We’re giving them the ability because we believe LIV is here for a long period of time.

“If you want to go exclusively to the PGA Tour, happy days, go do it. I guarantee that a lot of people will come eventually to play with LIV Golf.

“I’ve said to the players, ‘we’ve got your back, simple as that’. We will defend, we will reimburse and we will represent.” 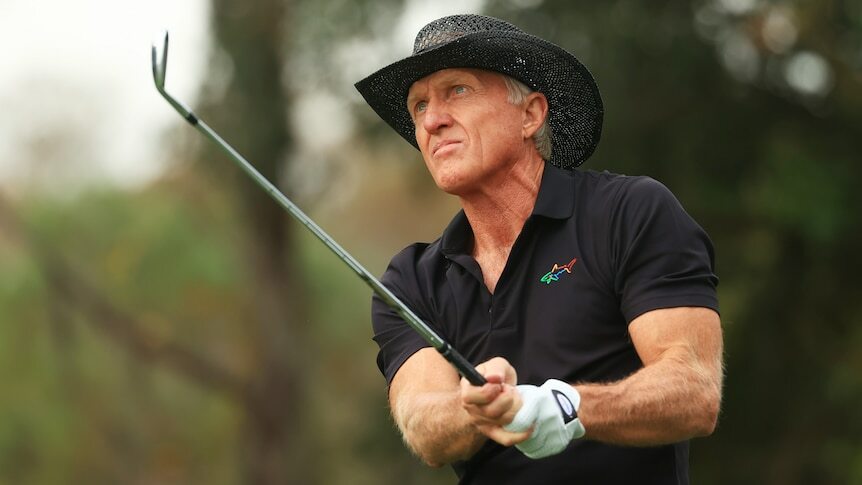 ABC News
One subscription that gives you access to news from hundreds of sites
‘We’ve all made mistakes’: Greg Norman downplays the killing of Jamal Khashoggi while promoting Saudi-backed golf league