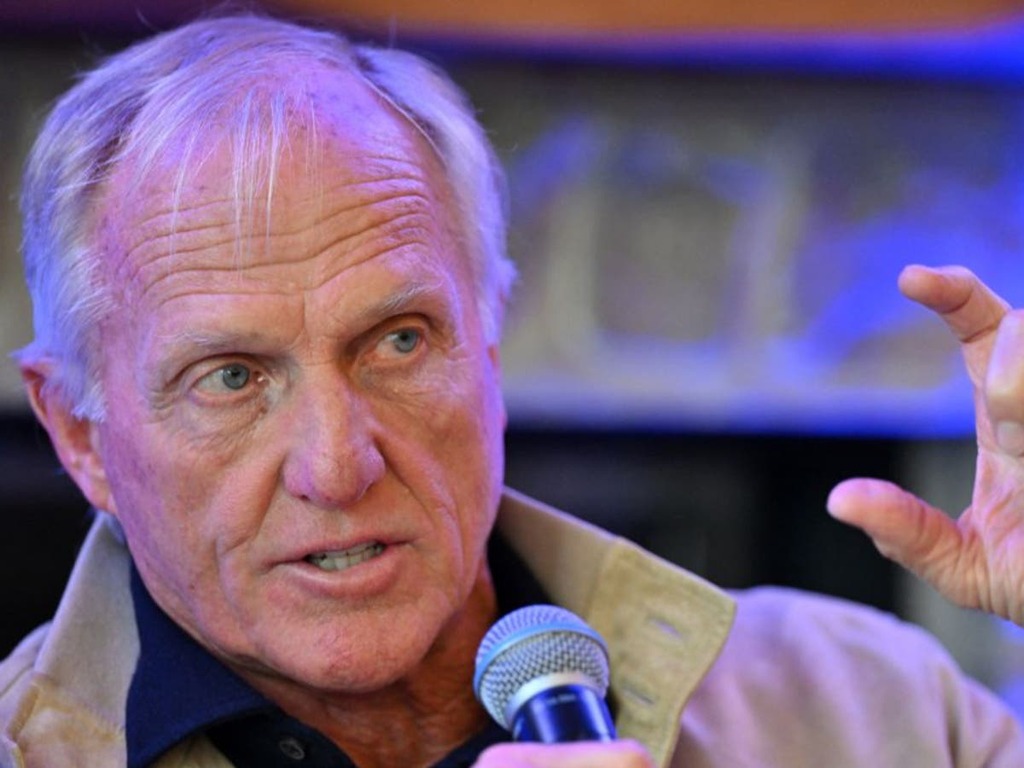 ‘We’ve all made mistakes’: Greg Norman sparks outrage with comment about Jamal Khashoggi murder
Norman was fielding questions from the media at the launch of his Saudi-backed LIV Golf Invitational Series

Australian golfing great Greg Norman has tried to dismiss questions over the murder of dissident Saudi Arabian journalist Jamal Khashoggi, which a UN special rapporteur and the CIA alleged was orchestrated by the Saudi crown prince Mohammed bin Salman, by saying "we've all made mistakes".

Norman was speaking at an event at the Centurion Club near St Albans in England on Wednesday night where he laid out plans for a $255 million LIV Golf Invitational Series, which is supported by Saudi's sovereign wealth fund, the Public Investment Fund (PIF).

Many of the media questions directed at Norman revolved around sportswashing and human rights, particularly the 2018 murder and dismemberment of Khashoggi at the Saudi Arabia consulate in Istanbul.

"Everybody has owned up to it, right? It has been spoken about, from what I've read, going on what you guys reported," Norman, the figurehead of the series, said.

"Take ownership, no matter what it is. Look, we've all made mistakes and you just want to learn from those mistakes and how you can correct them going forward."

Bin Salman, who is also the chairman of the PIF, has denied all allegations but said he took "full responsibility" as a leader of the country.

In addition to Khashoggi, Norman was asked about the execution of 81 men in Saudi Arabia on March 12.

"I got a lot of messages, but quite honestly, I look forward," he said.

A number of high-profile golfers have been tipped to join the event, including Lee Westwood, Sergio Garcia, Phil Mickelson, and another 16 of the world's top 100 golfers.

"The closed-door trial of Jamal Khashoggi's alleged killers was widely perceived to be a part of a wider whitewash by the authorities, and Saudi Arabia is accused of a catalogue of crimes under international humanitarian law during the long-running conflict in Yemen.

"As with Formula 1, elite boxing, golf or tennis, an association with top-tier football is a very attractive means of rebranding a country or person with a tarnished reputation."

The PGA Tour has previously said it would refuse to release players to participate in the Saudi series, as will the DP World Tour, though their rules do not give them the power to ban players outright.

When asked whether LIV Golf had protocols in place if golf's various governing bodies attempted to stop players from participating, Norman said his team had lawyers ready to defend them.

"If you were a European Tour member and came here without a release, the Tour has a couple of options," he said.

"They can fine you, they can ban you for life, or they can suspend you.

Norman also said he would not protest if participants in his series speak about human rights issues.

"Every player is entitled to their opinion and their voice," he said.

"This whole thing about Saudi Arabia and Khashoggi and human rights: talk about it. But also talk about the good the country is doing to change its culture. There's not many countries that can stand up and be proud of that.

"They can't be proud of their past — there's a lot of countries in this world that have a cross to bear, too — but they are looking after the younger generation."

‘We’ve all made mistakes’: Greg Norman sparks outrage with comment about Jamal Khashoggi murder
Norman was fielding questions from the media at the launch of his Saudi-backed LIV Golf Invitational Series