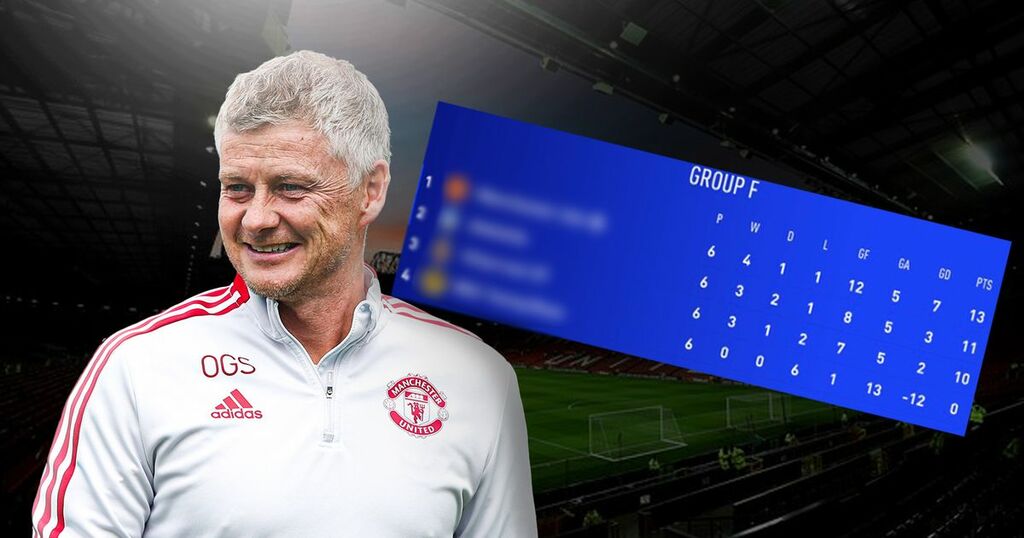 Manchester United will play against Villareal in their Champions League group, setting up two repeat ties of last season's Europa League final, along with Italian side Atalanta and Swiss outfit Young Boys.

United 's hopes of winning the Champions League were boosted before their campaign began after Manchester Evening News revealed United's owners, the Glazer family, were prepared to hijack Ronaldo's protracted move to Manchester City and City ended their interest in the player.

Juventus and United then agreed the terms of a transfer and Ronaldo completed a sensational return to Old Trafford, with his second debut expected this weekend against Newcastle.

MEN Sport understands that United submitted a contract offer to Ronaldo after he spoke to Sir Alex Ferguson about rejoining the club on Thursday morning, with the Portuguese ace revealing his intentions to leave Juventus.

The Reds last won the Champions League in 2009, Ronaldo's last game for the club before leaving for Real Madrid later that summer.

So, with Ronaldo's return to Old Trafford now a reality, how will United perform in the Champions League this season?

United ended up finishing top of Group F with 13 points as they advanced to the last 16 of the competition.

The Red Devils won four, drew one and lost one out of their six games and were joined by Atalanta in the knockout stages. Villareal dropped down into the Europa League despite accumulating 10 points

United's best results were against BSC Young Boys as they beat the Swiss side 4-0 and 3-0.

The Red Devils were handed a tough draw in the Round of 16 as they faced Borussia Dortmund, however the first leg proved an easy task for United as they won 2-0 in Germany.

Bruno Fernandes opened the scoring for United in the first-half to put the away side in the lead, and just as it looked like Solskjaer's side would be carrying over a one-goal lead into the second leg, Edinson Cavani scored in the 89th minute to give United a healthy lead for the second leg.

Dortmund knew they had to score at least three goals at Old Trafford to go through, but United were too strong for the German side as they won the second leg 2-1.

Erling Haaland scored in the first minute to half the deficit and set up what looked to be a comeback on the cards , but Fernandes and Cavani found themselves on the scoresheet once again as the Red Devils won the game 2-1 at Old Trafford and 4-1 on aggregate.

After the dominant victory, United were sent through to the quarter-finals, and they were drawn against another German side, Bayern Munich.

United were one of three English sides left in the competition alongside Manchester City and Liverpool after Chelsea were knocked out to Sporting Lisbon in the Round of 16.

It was a poor start to the tie for United as they lost 2-1 at the Allianz Arena. Harry Maguire's first-half header cancelled out Robert Lewandoski's early goal, but Thomas Muller's late winner confirmed defeat in the first leg for United.

United started the second leg in electric fashion when Mason Greenwood scored before half-time to send United into the break 1-0 up, but a 15-minute spell of domination in the second half proved costly for United.

Serge Gnabry and Eric Choupo-Mouting scored for Bayern at the beginning of the second half to put the Bavarians 2-1 up on the day and 4-2 up on aggregate.

Just when it looked as if United were out, Fernandes produced two moments of magic to score twice in five minutes for United in the last 10 minutes as the tie finished 4-4 on aggregate, and extra-time was confirmed.

A cagey 30 minutes of extra-time saw the game go to penalties, but unfortunately for United, Marcus Rashford, Fernandes and Paul Pogba all missed their penalties as the German side went through to the semi-finals.

Overall, the FIFA 21 simulation of the 2021/22 Champions League campaign predicts that despite topping their group and cruising past Borussia Dortmund in the Round of 16, the Red Devils will fall to defeat against Bayern Munich as their wait for UCL glory continues.

However, with Ronaldo added into this side, who knows what could happen.

Do you think Manchester United could win the Champions League this season? Let us know in the comments below!