Liverpool face Steven Gerrard's Aston Villa on Tuesday with the Reds looking to go level on points with Manchester City in the Premier League.

The Reds lost ground in the title race on Saturday after drawing 1-1 at home against Spurs, with Luis Diaz equalising for Jurgen Klopp's side after Heung-Min Son put the visitors ahead. The result leaves Liverpool three points behind City with just three games to go, with tough games against Villa, Southampton and Wolves, along with an FA Cup and Champions League final, still to come.

Roberto Firmino could be involved in the matchday squad for the trip to Villa after Klopp revealed the Brazilian is getting 'closer and closer' to featuring again this season. Klopp is expected to rotate his squad once again with a huge FA Cup final against Chelsea at the weekend, with the likes of Naby Keita, Diogo Jota and Joel Matip all set to return to the starting lineup.

READ MORE: Liverpool star who 'has to play' at Aston Villa and what Steven Gerrard must do against Man City

So, what line-ups will both teams select? And, what could the final score be? We used FIFA 22 to get a score prediction for Liverpool versus Aston Villa on Tuesday and this is what happened...

We predict that Liverpool could set up in a 4-3-3 formation, with their line-up as follows: Alisson; Alexander-Arnold, Matip, Van Dijk, Robertson; Fabinho, Keita, Thiago; Salah, Mane, Jota.

We predict that Villa could set up in a 4-3-1-2 formation, with their line-up as follows: Martinez; Cash, Konsa, Mings, Digne; McGinn, Luiz, Chambers; Buendia; Watkins, Ings.

Liverpool started well as Mohamed Salah had the chance to open the scoring but Martinez did brilliantly to tip the Egyptian's shot over the crossbar for a corner. Naby Keita tried his luck from distance after some good work from Diogo Jota down the left, but Martinez was equal to it once again, pushing the ball behind for another corner as the Reds piled on the pressure.

Salah put Liverpool ahead in the 24th minute with a wonderful finish into the top left corner, bending the ball around Martinez's outstretched hand, off the post and into the back of the net to make it 1-0. Sadio Mane collected the ball back off of Douglas Luiz and drove forward before sliding the ball into Salah's feet on the edge of the box for the Egyptian to turn sharply and whip a shot into the top left corner.

Villa reacted well and soon found an equaliser through Ollie Watkins after the Villa striker pounced on a loose ball in Liverpool's penalty box and nodded home to make it 1-1. Emi Buendia forced the issue with a powerful shot at the near post as Alisson palmed the ball up into the air, Watkins rose highest above Van Dijk and Robertson to nod the ball home from the penalty spot as the Reds' defence failed to clear the danger.

Sadio Mane put the away side back in front on the hour mark after Keita had won the ball high up the pitch, cutting the ball back to the Senegalese striker who was all on his own to fire in Liverpool's second of the game. The Reds' high press allowed Keita to nick the ball off of Mings as he tried to play out from the back, play the ball into Mane who was in acres of space and the Senegal international continued his brilliant form by scoring the second of the game for the away side.

Villa weren't out of the game completely as Watkins and Ings continued to threaten on the break. Villa soon found a second equaliser just 10 minutes later through substitute Marvelous Nakamba as the Villa midfielder latched onto the ball after Alisson did brilliantly to deny Watkins, with Nakamba able to tuck the ball into an empty net to make it 2-2.

Liverpool went to sleep at the back as Watkins peeled off of Matip and was able to get one-on-one with Alisson, but the Brazilian tipped the shot wide of the target. The ball didn't have the pace to run out of play as Nakamba ran in ahead of the Liverpool defence and slotted the ball into the back of the net as another defensive error cost the Reds.

Jordan Henderson won the game for Klopp's side from the substitute bench as the club captain drilled the ball into the bottom right corner after some smart play from Salah, giving the Reds a 3-2 lead with just eight minutes to play. Fabinho played Salah in down the right, the Egyptian darted into the penalty box and used his amazing footwork and skill to work the space to squeeze the ball into Henderson who had made a late run into the box, as the captain smashed the ball home to give Liverpool a third goal of the game.

Klopp's side were able to see the game out and hold onto a vital three points, going back level with Man City on 86 points in the Premier League table. The Reds refused to quit and showed immense fighting spirit and character to find a winner after being pegged back twice in a crazy game at Villa Park.

Here are the full-time match stats.

FIFA 22 predicts that Liverpool could keep pressure on Man City in the title race after a five-goal thriller at Villa Park put the Reds level on points in the Premier League table, with goals from Salah, Mane and Henderson narrowly beating Steven Gerrard's Aston Villa side. The Reds could show their amazing character and mentality as Klopp's team were pegged back twice but refused to give up and eventually found a way to win the game.

What do you think the final score will be? Let us know in the comments! 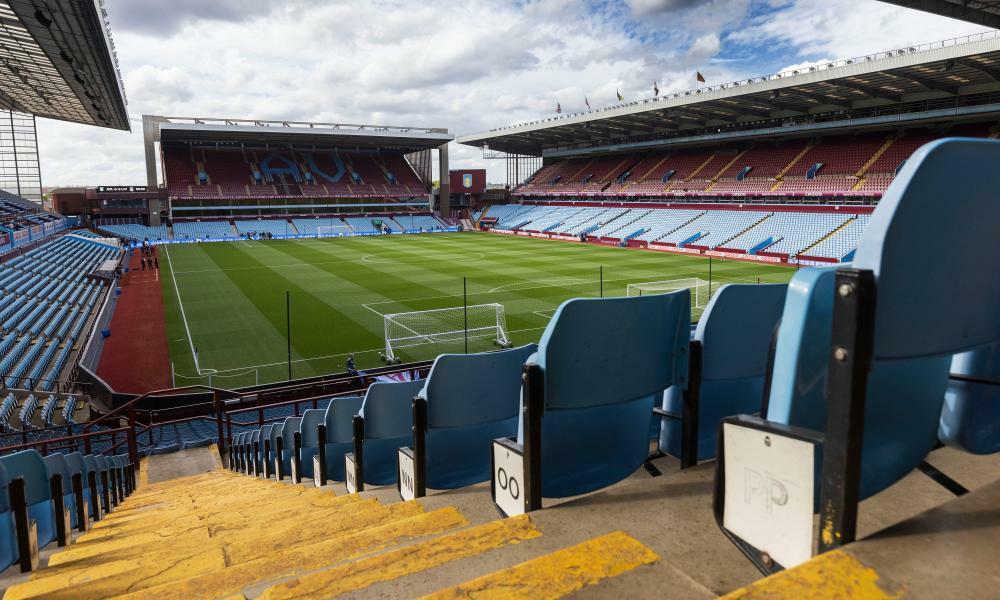 Aston Villa 1-2 Liverpool: Premier League – as it happened
Sadio Mane scored an excellent winning goal as Liverpool came from behind to keep the pressure on leaders Manchester City