‘We’re on the road to trump Haribo’: Made In Chelsea star Jamie Laing on tasting sweet success with Candy Kittens

If you’re thinking of starting up a business in a sector you know nothing about, intending to fake it till you make it, Jamie Laing, the Made in Chelsea TV star-turned-sweets entrepreneur, reckons you’re doing exactly the right thing.

“A lot of young entrepreneurs don’t realise that naivety is your biggest weapon,” the 33-year-old founder of £8 million-turnover confectionery brand Candy Kittens reports.

“When you’re naive, you make all these mistakes and bundle your way through it without being embarrassed because you just don’t know any different.”

Laing and his co-founder, Ed Williams, started out by “Googling ‘how to make sweets’,” he admits. Their search results saw them fly out to ISM Cologne, a vast German sweet trade fair, to find contacts.

“We discovered this huge place, three seven-storey buildings filled with every sweets company ever — including Haribo, Rowntrees, Maynard’s. We went up to all these different companies, saying, ‘Hey, guys, we’ve got a great idea for a vegan sweet we really want to make!’”

The industry tycoons weren’t impressed. “Now I realise it was like going up to Tesla and saying, ‘can you make an electric car that we’ve come up with?’ Knowing now what I know, I’d never have done it like that. But being naive, we just had a go. And it often works out that way.”

Laing will feature at SME XPO, the Evening Standard’s free, two-day conference for entrepreneurs on May 25 and 26 at the Olympia. He will share his experiences of the past decade building up Candy Kittens into the second fastest-growing sugar confectionery brand in the UK, with a 35% sales surge last year, according to Nielsen.

Made in Chelsea, the reality show which Laing joined in 2011, helped rocket-fuel his start-up success: “When I agreed to do the show, I thought ‘I’ve got to come with something that doesn’t mean I’m just a reality star’. So I said, ‘I’m setting up this sweet company. And since I’d started talking about it on TV, I had to start doing something about it’.”

A chance liaison on another hit television show, First Dates for Stand Up To Cancer, also played a part.

“My date [on the show] was a Swiss girl called Sophie. Halfway through the night, we ran out of conversation. When I started talking about the sweets, she told me that her best friend’s dad ran a sweet company.”

That turned out to be German giant Katjes, maker of M&S hit Percy Pigs. Laing’s TV date set up a meeting, and the firm became Candy Kittens’ manufacturer, then becoming its majority shareholder in 2019.

Candy Kittens’ vegan sweet range, which also claims to be carbon neutral and free of palm oil, is today sold at  Waitrose, Ocado, Sainsbury’s, and Selfridges.

While Laing professes ignorance at the start of his sweet venutre, sugar is in his blood and one of the reasons he was selected for Made in Chelsea: Alexander Grant, the founder of biscuit empire McVitie’s, was Laing’s great-great-grandfather.

“There’s this assumption that [consequently] I have billions and billions in my bank account,” Laing — who speaks so fast I wonder if he’s on a constant sugar high — says.

“Made in Chelsea created this persona that I was a billionaire, but that’s not true. We have the third-generation curse — grandfather makes it, father loses it, son has to rebuild it. My generation have to rebuild any money that we want to have. We were in the same situation as anyone else.”

That’s not quite true — Laing says Candy Kittens raised £200,000 in its early days “by asking family and friends,” which the Average Joe might struggle with. Still, he’s adamant “there are a lot of people out there who have money and are willing to invest — it’s just about finding a way of getting from their pockets into your business.”

Being “on a show about posh people” wasn’t always helpful, Laing adds: “People assume that doing a TV show is going to give you a massive leap into [starting a business]. It does mean you can get a meeting with a manufacturer, say. But it also hinders you from getting into supermarkets, because they think  he’s that bloke from a reality show, there’s no longevity there. So it actually gave us a really small ceiling that we had to break through.”

What’s Laing’s top tip to non-celebrity entrepreneurs just starting out? “To anyone out there who is creating a brand, I’d say: ‘Never follow the logic. Look for areas that people are not doing. If no one’s making vegan sweets, make vegan sweets. Go against the grain’.”

And think big, as he does: “We’re on the road to trump Haribo,” Laing grins. 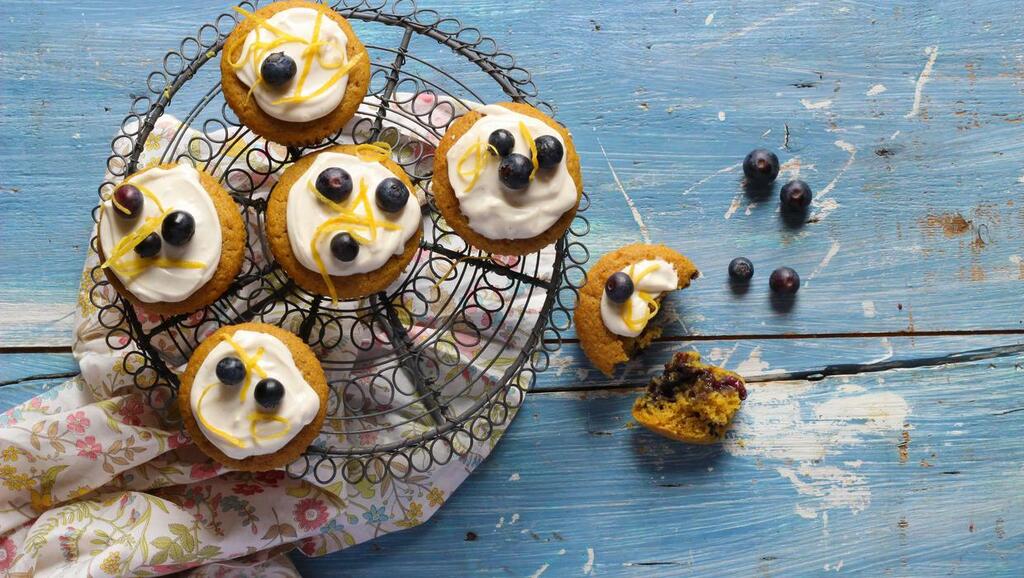 Gut gracious! Susan Jane White’s gluten-free, vegan blueberry muffins recipe will give your body a boost
This week, we gift you soft, pillowy muffins with a crinkly top and prebiotic boost. They are also gluten-free and…

Irish Independent
One subscription that gives you access to news from hundreds of sites
Television Q&A: Will Netflix return to 'Virgin River'?
You have questions. I have some answers.

Tribune News Service
Have your cake and eat it: how to cut down on sugar