We're nowhere near the final lap of this pandemic 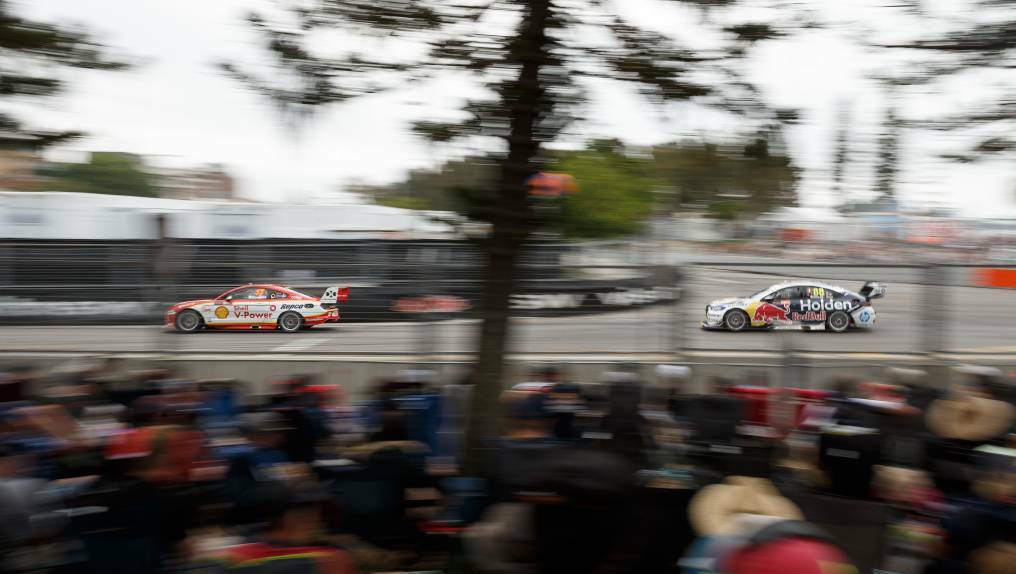 I AM amazed that the NSW government seems to believe that all is now over with regard to the pandemic.

From December 1 they have declared that events like the Supercars Newcastle 500 can have unlimited attendance "no person limit for ticketed and seated outdoor public gatherings" except for a safety plan for events of more than 1000 people.

As Supercars have only 4000 seats in the stands around the track this means that fans without masks can sit side by side as they have no 1.5m distance requirements either, or persons per square metre rules.

In fact, if Supercars bring in more stands, they can have thousands more fans on site. Who believes this pandemic will be over by March 2022? It will not be over and thousands will carry the virus out into other parts of Australia.

That will be as close to a criminal act as I can think of and suggests that Kerry Chant our CHO must come clean and declare if she agrees with this lunacy, if not she should issue a health edict setting the rules for this proposed event.

I THANK Herald columnist Phillip O'Neill for highlighting the wonderful economic diversity we've developed in the Hunter electorate over the 25 years I've been it's representative in Canberra. (Post coal Hunter will have more to offer, Herald, 11/10) Of course, I don't take all the credit but have been proud to work with many other business, government, union, education and community leaders in building our exciting vibrancy.

Much if this change had been made possible by the wealth provided by the coal sector, an industry which will remain a significant local player for a long time yet.In a 2008 article in this paper, Phillip declared me to be the Hunter's most significant political figure since Prime Minister Edmund Barton. I'm pleased I have disappointed him.

Does the Premier care enough?

NEW NSW Premier Perrottet may be making trouble for himself with his 'let 'er rip' approach to opening up the NSW economy.

Many workers, particularly in regional areas, remain unvaccinated despite their best efforts to obtain the required jabs. Now, as welfare support is withdrawn, they may be forced back to work. Many will definitely pick up serious infections at work and require compensation. But where will they turn for compensation? Probably not to ICARE.

Under Perottett's watch, as NSW Treasurer, ICARE was robbed of funds through mismanagement and corruption. Thousands of sick and injured workers were left to suffer. Perrottet only conceded that ICARE had problems after NSW's own Auditor General's report identified them.

I KEEP wondering, how long and what will take to make the custodians (humans) of this beautiful planet of ours realise that the way we are going about is taking us head-on to the total destruction of it as a life sustainable planet?

It's true that natural disasters have always occurred, just as it's undeniable that earthquakes, volcanic eruptions, fires and floods are happening more often than ever before.

The same goes for viruses and all kinds of pests such as coronavirus that has sent the entire world into a spin, with scientists racing to produce a vaccine in the shortest time possible in an attempt to contain what has in fact become a problem of epidemic proportions.

Scientists are brainy and very committed individuals that produce many of the wonderful inventions including the field of medicine and it's thanks to them that millions of lives are spared and just as many pathologies are made easier to manage with the aid of pharmaceutical preparations.

The real problem arises if and when our leaders ignore the scientists' advice and worse; tell the population they are elected to take care of that they are doing just that.

Our leaders' behaviour can be compared to someone driving a vehicle in perfect mechanical condition on a road with all the necessary warning signs for safe use but, the driver (leader) for whatever reason does not respect them, thus putting in jeopardy his/her and others' life.

Conditioning us for nuclear

HERE we go again, about to spend squillions on submarines, all in the belief that they will defend our nation. What a load of hogwash. If, by the remote possibility that an enemy might attack our shores, our tiny fleet of underwater toys would be almost useless.

We would be much better off spending money to re-establish ship building here in Australia. Our Navy should be requiring vessels to provide emergency services to our neighbours in the South Pacific when the needs arise, such as extreme weather events and rising water levels. Rescue and surveillance should be the key roles of the Australian Navy.

Future wars will be fought in cyberspace, not with guns and torpedos. We've seen how our nation comes to a standstill when the internet goes down. Perhaps we should be concentrating on creating our very own localised system of electronic communication, a system that is immune from attack by outside influences and foreign nations.

Think local - create jobs for Australians and buy Australian. Kick-start our local manufacturing and get our economy heading in the right direction. We really can't afford to waste money on submarines.

Ask ourselves another question: Is the big spend really about submarines, or is it just a way to introduce nuclear power into our nuclear-free territory?

Perrottet's advice must be rejected

A SECRET decision was made in 2012 to penalise the state government if a lessee of Port Botany and Port Kembla lost container shipping business to the Port of Newcastle. The penalty would be called "compensation".

On March 18, 2021, the (then) Treasurer, Dominic Perrottet, advised Parliament that the penalty was legislated under section 6 of the "Ports Assets (Authorised Transactions) Act 2012" (PAAT Act). Passed by Parliament in November, 2012, the PAAT Act authorised the Treasurer to "exercise all such functions as are necessary or convenient for the purposes of an authorised transaction".

The decision to impose the penalty under section 6 of the PAAT Act was intentionally concealed from Parliament in 2012 by the (then) Treasurer, Mike Baird.

A QUESTION for CoN: what are the plans for the Harbourview Function Centre and Six Degrees restaurant? Both council buildings seem to be grossly underused. Both in a fantastic location, but both look like they are abandoned. Surely the ratepayers deserve a better return for their dollar.

I AM astounded at the turn about by the Murdoch press on climate change, but not surprised. Scott Morrison is now the man who brought together a divided nation! I wonder if this means we may not get any more stories on how arsonists and fuel loads were responsible for the fires, on how cattle should be allowed to trample national parks, how Scott's better than Lucinda and Greta is a child alarmist lefty activist.

LORRAINE Gillet still seems to miss the point about the revheads' race in Newcastle (Short Takes 11/10). Residents of Newcastle East, actually, residents of anywhere don't want to go on holidays because of a major disruption to accessing their home, essential needs or friends and family. We holiday when we feel like it. We holiday when we want. Think COVID-19 Lorraine. Pull the spark plugs out of the race.

JUST what was Premier Perrottet trying to portray with his heroic impersonation of a cellarman? Whatever it was, it undoubtedly failed. In the minds of many in the community his actions merely confirmed the veracity of a long held adage: you don't have to have a long neck to be a goose.

THE Herald's editorial, "Premier Perrottet's reopening plans", (Opinion, 12/10) on the NSW Premier's reopening plans are indicative of the scaremongering press of our modern times. To make a statement that the Premier "is determined as he seems in taking the bull by the horns" is irresponsible and misleading and again puts doubts in peoples' mind when the reality is we must live with COVID as we have with the flu.

YOU shout "it's freedom day" now you know what it's like to be in lockdown week after week. We, the oldies, face lockdown, lots without families, with the added penalties of sickness or inability to get around. I say to you, enjoy it, for your day will come, if you live long enough.

DOES Annastacia Palaszczuk plan on turning Queensland and NSW into a North Korea-South Korea situation by saying she might keep the border shut until next year? I don't want open slather, but it's not as if there's no cases at all in Queensland and she did let the footballers in so her state could make money off it. I think she's making rules to suit her own agenda, not worrying about tourism and all her small business constituents.