'We're going to be a disaster scene here': councils to foot the bill for climate change 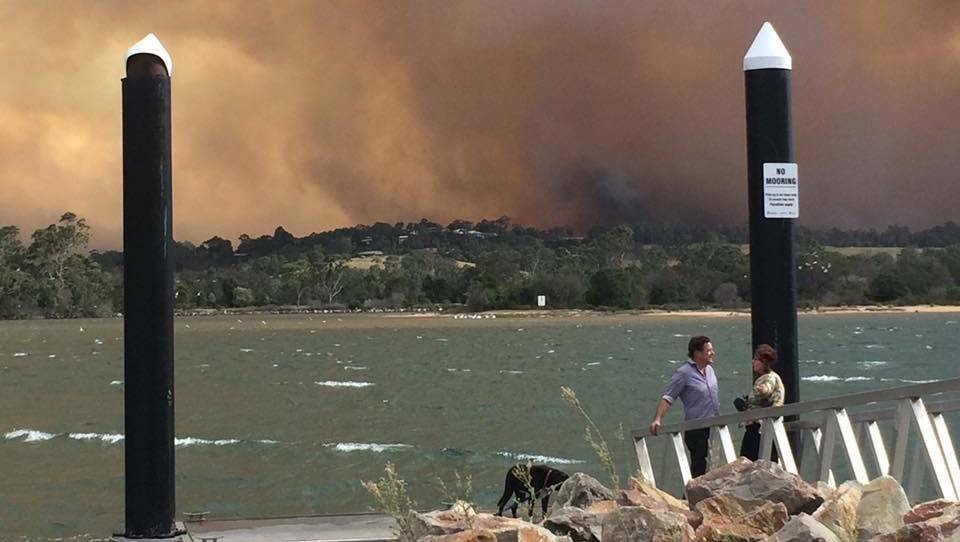 South Coast councils are having their revenue streams cut at a state and federal level at the same time increased weather disasters are seeing their expenses skyrocket, a Climate Council report has found.

Local governments' bill to fix eroding beaches, repair infrastructure and protect property is often in the millions, blowing council budgets, according to the report.

Author Professor Lesley Hughes said while council costs had grown their tax revenue had shrunk to the fourth-lowest share among industrialised nations that make up the OECD.

"Effectively, councils are being asked to do more with less," Professor Hughes said.

"Without increased funding, guidance and support, I can't imagine how they will continue to protect and provide for their communities."

The Eurobodalla Shire Council lost 14 bridges in the 2019-2020 bushfires which they now bear the cost of replacing, Professor Hughes said.

"If they had a timber bridge which gets replaced by another timber bridge then that's just as vulnerable to the next fire," she said.

"There needs to be recognition that the building back now needs to be done differently. And that will cost money and councils need a revenue source to pay for that infrastructure."

The estimated costs of restoring the damage from bushfires in Bega Valley Shire Council was $20.5 million, with a further bill of $8 million resulting from flooding events in February, July and August 2020.

Bega Valley Shire Councillor Jo Dodds said in the last five years her local government area had suffered the destruction of the huge 2016 east-coast storm which wiped coastal infrastructure - including causing extensive damage to the historic Tathra wharf - the Tathra Fire, the Yankees Gap Fire and the Black Summer fire.

In 2018, she watched from across the water as the Tathra fire burnt towards her house. The first house lost that year was her neighbour's.

"I'd been a councillor for two years by then and I was too afraid to say the words climate change in a council meeting because it received a very negative reaction from a minority of councillors," she said.

"Once I'd seen the devastation of 69 homes lost in a very small, quiet little beachside community, it was personal."

Ms Dodds said between the two main fire events there was about seven or eight floods. The disasters combined destroyed millions in council infrastructure, she said.

"The impact of catastrophes like that rolling over a community before you can even get to your feet again is unbearable," Ms Dodds said.

"Unfortunately, we now get only 50 per cent of the financial assistance grants that we used to get 25 years ago.

"And at the same time, of course, climate is paying playing a much bigger role in destroying that same infrastructure."

Ms Dodds said added to the current cost or repairs was the future economic loss climate change would have on the tourism industry.

"Of course, the biggest asset Tathra has is this magnificent beach and historic wharf that sits out over the ocean, where you can stand and fish or watch the whales.

"People come here for the pristine water and the white clean beach and the forest.

"As the climate changes, places like this will be subject to more and more frequent fires.

"We're going to be a disaster scene here, rather than a lovely place to come on holidays."

Dr Portia Odell is the director of Cities Power Partnership, an organisation that works with local governments to help steer a transition to a zero emissions future.

She said spending public money on disaster preparation rather than disaster recovery was a better investment, yet 97 per cent of all Australian disaster funding came in the wake of an event.

"If we want to avoid catastrophic impacts and create a prosperous future for local communities, all levels of government must ramp up their climate action," Dr Odell said.