By now you’ve probably heard of the Buffalo shooting, where a gunman suspected to be Payton Grendon killed 10 people in a grocery store of a predominantly Black neighbourhood in New York. What the media isn’t talking about though, is Australia’s role in radicalising Grendon into right-wing extremism.

Before Grendon carried out his attack, it’s reported he posted a 180-page manifesto on 4Chan that detailed his belief in the “great replacement theory”: a racist conspiracy that claims there’s a sinister plot by people of colour to replace white people with immigrants. It’s based on what neo-nazis call “white genocide”.

The manifesto was filled with references to white supremacist circles online and detailed how the writer, suspected to be Grendon, became radicalised on 4Chan after reading the manifesto of the Christchurch shooter– the Australian white supremacist who live-streamed his own terrorist attack at a mosque in New Zealand. He murdered 51 Muslims, some of which were children, before he was apprehended by authorities.

Most of his "manifesto" is flat out plagiarized from the Christchurch shooter, and media isn't reporting this.

Grendon carried out his attack (also live-streamed) on 14 March, 2022, almost exactly three years after the Christchurch shooter’s attack on 15 March, 2019. Yet of course, this country still refuses to acknowledge how widespread white supremacy in Australia is — even though we’re now outsourcing terrorism to other countries.

Contrary to the common line victims of racism in Australia are constantly told, white supremacy in this country is not a fringe belief that only lone wolves become radicalised by. It is deeply embedded in Australian politics, media and our justice and policing system.

A white supremacist terrorist murdered 10 Black people in Buffalo. He was inspired by Australian Brenton Tarrant who murdered 51 Muslim people in Christchurch motivated by the ‘Great Replacement’ theory. Yet this is simply not part of the mainstream political conversation in Au

Southern is credited with popularising race conspiracies and literally made a video titled “The Great Replacement”, which is what the Christchurch shooter named his manifesto after.

That same year, Andrew Bolt published a column arguing this conspiracy in the Daily Telegraph, one of Australia’s biggest newspapers.

Titled “The foreign invasion”, Bolt’s column argued Australia had become “swamped” by non-english speaking immigrants, erasing the “national identity” of this country. It even argued “immigration is becoming colonisation”. Ironic, I know.

hey remember when Australia's most syndicated columnist and prime time television host had a column on the Great Replacement, a theory that was cited less than a year later by an Australian who killed 51 people at two mosques in New Zealand? pic.twitter.com/PgA9HCpxlX

The point is that, without exaggerating, this column literally distributed neo-nazis ideas of “white genocide” in one of the most popular tabloids across the country. Despite justifying the politics the Christchurch shooter and now Grendon would share in their fatal attacks against people of colour, Andrew Bolt still maintains a lucrative career in Australian media. He even hosts his own daily television show. He is, by all accounts, a successful figure in media. This is how accepted, even popular white supremacy is in Australia.

When you compare this to how Yassmin Abdel-Magied had to flee the country after the hate and death threats she received not just from both the public and fellow media presenters  for using the hashtag #LestWeForget in conjunction with offshore detention, well, it’s clear that white supremacy isn’t just normalised in this country — it’s rewarded with lush careers and avid audiences, while anti-racism is punished.

When it comes to examples of white supremacy in our government, I honestly don’t know where to start. We’ve got the usual suspects like Pauline Hanson and Fraser Anning, but let’s not forget the time Peter Dutton suggested fast-tracking the visas of white South Africans specifically. Because immigrants that don’t threaten whiteness should always be prioritised, right?

I mean, look at our prime minister. Before Scott Morrison got the top job, he was competing with rival Liberal Michael Towke to win the Cook electorate. In the wake of the Cronulla race riots, Morrison allegedly used Towke’s Lebanese heritage against him and raised doubts with other party members on whether he was actually Catholic, apparently claiming Towke was secretly “moslem”. Heaven forbid.

In 2011, Sydney Morning Herald reported Scott Morrison “urged the shadow cabinet to capitalise on the electorate’s growing concerns about ‘Muslim immigration’, ‘Muslims in Australia’ and the ‘inability’ of Muslim migrants to integrate”.

So Morrison allegedly employed the same fear-mongering, “foreign invasion”-adjacent politics as the likes of Andrew Bolt, Pauline Hanson and other racists, and yet he still became leader of our country. White supremacy is so deeply embedded in this country’s function that elements of it are commonplace in our leaders’ political campaigns, and lapped up by voters, too.

And that’s without getting into the history of invasion of Australia, the white supremacist history of policing in this country, or the fact that we live on stolen land. Colonisation, and therefore white supremacy, is foundational to our institutions.

Right-wing extremism and right-wing terrorist attacks are not isolated events that exist outside the largely-peaceful image we project of Australia, and they’re spreading at concerning rates.

These politics are home-grown and the fact that 51 NZ Muslims were murdered at the hands of an Aussie terrorist yet white supremacy is rarely acknowledged here is the problem.

Until we get this issue to the forefront of our politics, people like Payton Grendon are going to keep being radicalised.

Calling things “racist” and “white supremacist” should not be more offensive than actual racism and white supremacy.

Instead of gaslighting POC by using the tired claim “we are the most successful multicultural country in the world” to discount any criticism of racism in Australia, we need to actually acknowledge and then tackle the very real hold white supremacy has on this population.

The post We Need To Talk About Australia’s Role In Radicalising The Buffalo Shooter Into White Supremacy appeared first on PEDESTRIAN.TV . 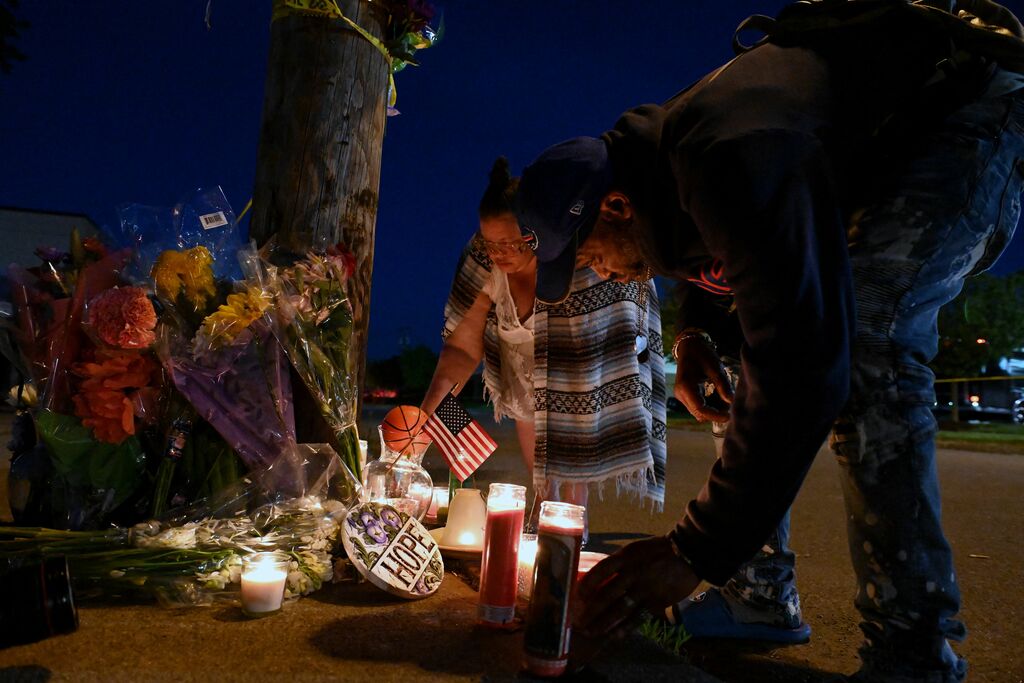 Salon
One subscription that gives you access to news from hundreds of sites
Buffalo: This wasn't a "lone wolf" crime