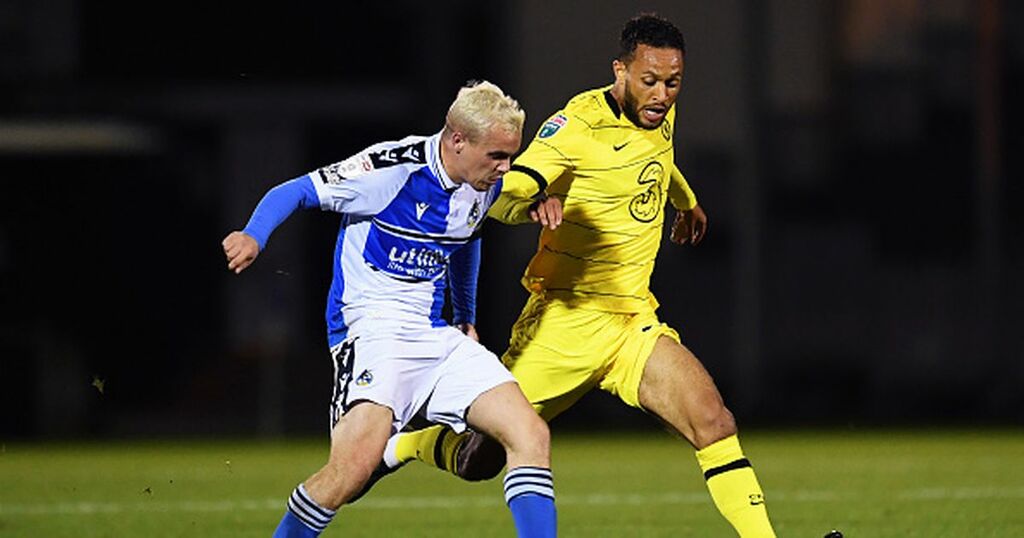 Kevin Maher believes Luke Thomas showed what he is capable of in a Bristol Rovers shirt on Wendesday night, but the first-team coach has demanded more from the winger.

Thomas was Rovers' outstanding performer in the 2-1 defeat to Chelsea under-21s in the Papa John's Trophy at the Mem, scoring the opening goal with a curling left-footed strike from 20 yards.

An unfortunate Niall Lovelock own goal and Lewis Baker's finish from a set-piece routine just after half time turned the game on its head and Thomas was the man in a quartered shirt most likely to rescue a result before being taken off with more important fixtures in mind.

The 22-year-old's performance followed an impressive cameo on Saturday which featured two excellent assists, and he will certainly be in starting contention for Saturday's League Two trip to Bradford City.

Joey Barton and his coaches were duly impressed with Thomas' efforts on Wednesday but Maher, handling media duties for the evening, said Rovers need more from the bleach-blond winger.

"The pleasing thing is that Luke Thomas got through and you can see what he’s capable of with his goal," Maher said.

"And then moments in the second half when he’s cutting inside, you’re thinking here we go. That’s what you want from him all the time, every time he gets the ball we want him to be positive.

"He’s got to realise what a player he can be when he’s positive and as soon as he turns and gets on the front foot and starts getting at people.

"He’s going to be a massive player for us, but we need more of it from him."

Thomas joined Rovers with big expectations from the coaching staff and supporters alike, having played much of his football for Barnsley at a higher level.

But he was ordered to undergo an individual fitness programme by Barton after a slow start to the season.

An ankle injury ruled him out for a further two weeks before the former Coventry City and Derby County man returned to action at the weekend, and the Gas are pleased by the way he has responded.

"You can see from tonight what he’s capable of but we still need him to give us more," Maher added.

"We want him in the team but that’s got to come from him as well.

"But everyone is really pleased with how he’s responded and you know he’s worked hard and hopefully he’s going to grab a chance when it does come."