We must celebrate our olim on Yom HaAliyah - opinion 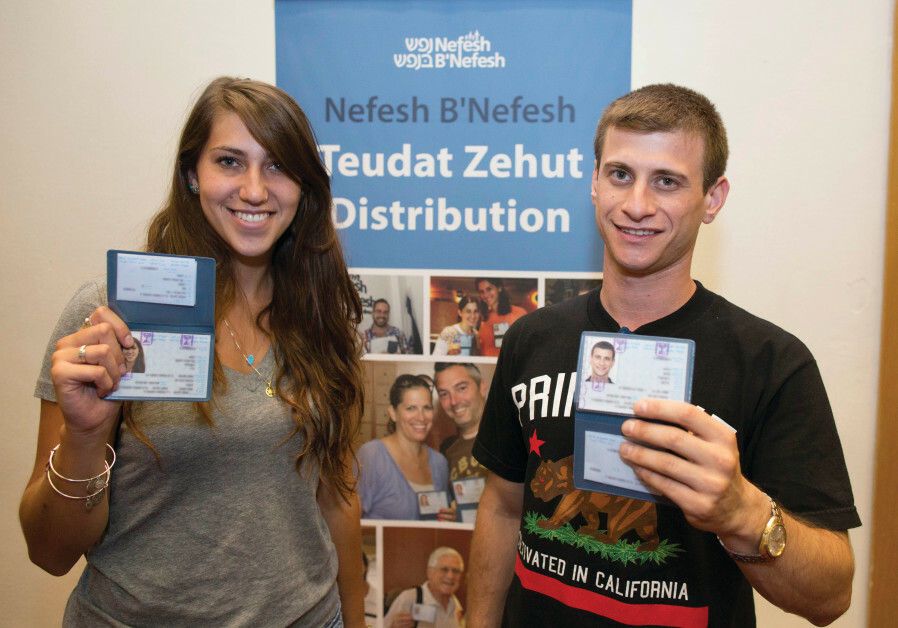 Commemoration and celebration are wonderful things; our Jewish calendar is full of dates when we not just remember a historic event but try to glean from it significance for today.

Yom HaAliyah – to be marked this Wednesday – should be no different.

According to the opening clause of the Knesset law that created Yom HaAliyah: “The purpose of this law is to set an annual holiday to recognize the importance of Jewish immigration to the Land of Israel as the basis for the existence of the State of Israel, its development and design as a multicultural society.”

It is a very good thing to recognize the importance of Jewish immigration, but that certainly should not be the end of the story. If we are to celebrate aliyah, then we must also celebrate olim.

I would even go further. If we are to celebrate olim, we should also ensure they feel fully integrated into their new lives in the Jewish state. A full and meaningful klita is the greatest celebration of aliyah. Klita is generally translated as absorption.

The process of absorption is for something from the outside to be integrated into the inside. That entity doesn’t lose its identity and changes or adds something into what it was absorbed. This should also be the same for absorption into Israel.

While we need to stress that we do not want Israel to become a little US, UK or Australia, we do want to contribute our knowledge and above all our experiences to make Israel even better.

The State of Israel, from its establishment, has been a product of immigrant experience and sensibility. Our quasi-socialist welfare and health systems were brought from central and eastern Europe. Parts of our parliamentary system were taken from the Weimar Republic, brought to Israel by German Jews.

Our status as a hi-tech powerhouse is largely a result of the aliyah from the former Soviet Union in the 1990s. The Ethiopian aliyah brought a distinctive culture, embraced by many Israelis as demonstrated by how many outside the community now celebrate the Sigd holiday.

These are just some examples of how immigrants have contributed to Israel in many arenas, including governance, the economy, development and progress. The question then remains what Anglo immigrants can bring to the table.

At the Anglo Vision, it is our hope that as people who have multiple and differing experiences of governance, political representation and accountability, we can suggest and help implement some ideas about how to improve a political system that is rapidly moving toward paralysis.

It is clear from the past almost three years that the current system, while providing almost absolute representation, lacks governability and accountability. Many Anglos feel that we had a stronger connection to our elected leaders in our former countries, and perhaps at the very least, some of these models should become part of a greater national discussion about how to improve our current system.

There are obviously many areas where Anglos can and should contribute, but the bottom line is that we should not be afraid to have our voices heard. Many of us have heard the refrain from more veteran Israelis that we should get used to the way things are done here.

However, the way things are currently done was at one point different, and you can be almost certain that the new reality the veterans are referring to was almost certainly implemented by immigrants.

This is what absorption is. It is about bringing positive change from the outside.

We have come with a strong sense of Zionism to live in the ongoing miracle of the State of Israel and play a full part in this amazing story of the return of an indigenous people to its ancestral homeland.

We want to contribute to the success and flourishing of Israel and help it reach its full potential. We didn’t come to be spectators but full participants. This in my eyes means a complete and fulfilled aliyah.

So, this Yom HaAliyah let us consider how we can best contribute to the Jewish state. Part of it is making the move, but the move cannot end at the airport; it should inform our constant existence here in this wondrous land.

At The Anglo Vision, we are a group of English-speaking Israelis who seek to coalesce our community around a vision of unifying positions that can affect change, development and progress, and above all, contribute to our beloved homeland.

Come and join us.

The writer is founder of the Anglo Vision and founder and dean of The Barkai Center for Practical Rabbinics and Community Development, an organization dedicated to building Israeli society one community at a time by successfully bringing Diaspora models of community building to Israel. To contact us: TheAngloVision@gmail.com