'We live in fear': Once embracing, Turkey turns on migrants 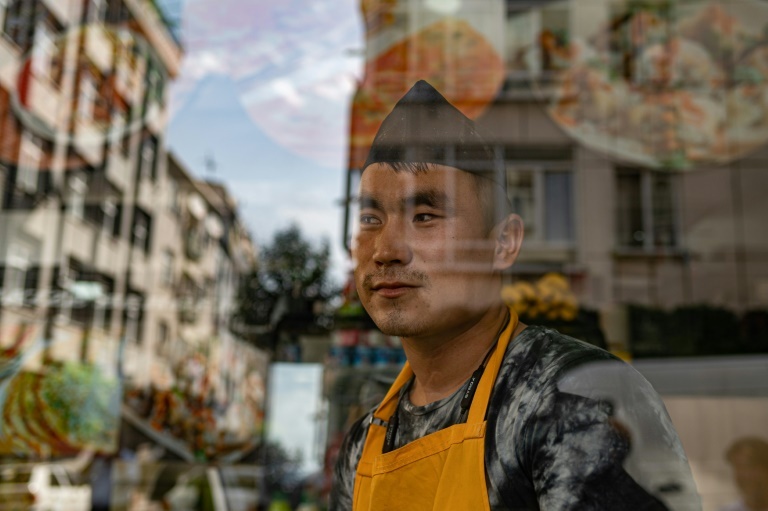 Istanbul (AFP) - Ghawsuddin Mubariz was already spending restless nights worrying about being sent back to Afghanistan when a stadium full of Turkish football supporters broke into a chant calling for migrants to go home.

The 20-year-old had felt welcomed when he fled the northeastern Afghan city of Kunduz and crossed into Turkey after a three-week trek across Pakistan and Iran nearly two years ago.

He eventually found a job at a fast-food joint in Istanbul and sent half his earnings to his Afghan relatives so they can better cope with poverty and endless war.

But things changed when the police began rounding up Afghans and placing them in deportation centres in response to growing public anger at migrants that coincides with a new spell of Turkish economic malaise.

"When I first came to Turkey, it was easy," Mubariz told AFP at his restaurant outside Istanbul's ancient city walls serving Afghan customers.

"Now it's quite tough.Wherever we go, we live in fear," he said."We are illegals.We are scared of being caught and sent back to Afghanistan."

Turkey turned into the home of one of the world's largest migrant populations when it struck a deal with Brussels to help resolve Europe's 2015-16 refugee crisis.

President Recep Tayyip Erdogan says the nation of 84 million now hosts five million migrants and refugees -- an estimated 3.7 million of them from Syria and up to 420,000 from Afghanistan.

But economic instability exacerbated by the coronavirus pandemic has engendered public fear of migrants to levels rarely recorded before.

A survey by the Aksoy pollster showed 85 percent of respondents were "worried" by the prospects of a mass arrival of Afghans fleeing Taliban fundamentalists who retook the country after 20 years of war.

Erdogan has responded by telling Western states -- just as anxious about a destabilising new wave of migration -- that Turkey was not about to become their "refugee warehouse".

The public resentment spilled over onto national television screens when thousands of football fans began chanting "we don't want any refugees in our country" during a World Cup qualifying match last week.

'The Afghans are here'

Mubariz has more immediate reasons to be alarmed.

The Istanbul governor's office is reporting almost daily roundups of Afghans and other irregular migrants it then places in holding centres.

The staunchly anti-migrants CHP party -- in control of big cities such as Istanbul and Ankara -- has also hung banners on buildings showing their leader Kemal Kilicdaroglu declaring: "The border is our honour".

Convenience store owner Habib Uzbek feels the pressure even though he received Turkish citizenship in 1993.

"Whether it's on a bus or on the street, people point and say: 'The Afghans are here'," the 69-year-old said.

Mubariz said he hears many of the same things.

"I have sleepless nights thinking about what I'll do if I'm caught and deported," he said.

"The Taliban have seized whatever we have," he said."We are desperate."

This fear has forced many Afghans to keep as low a profile as they can.

A field locals had used to play cricket matches against their Pakistani neighbours on Sundays has stood empty for months.

The CHP's Istanbul branch deputy chairman Burkay Duzce defended his party's rhetoric in the runup to a general election, due no later than June 2023.

"We aren't saying these people should be delivered to the Taliban," Duzce told AFP.

"But the question is what we can offer to (newcomers) when they arrive," he said."Turkey is not a migrant ghetto."

The CHP's campaign slogans are resonating with ordinary people who have seen prices spike and their savings dwindle due to years of currency depreciation and inflation.

"Rents are skyrocketing because of them," Istanbul resident Mehmet Emin said of the migrants.

Analyst Deniz Senol Sert of Istanbul's Ozyegin University said this antagonism would force Erdogan -- who once urged Turks to be "compassionate" towards those seeking shelter -- to sound tough as long as economic woes persisted.

"As long as this competition for resources continues...this hatred for outsiders will continue," she said.

Yet some are clearly upset by the sudden change in tone in a city that has served as a cultural melting pot for centuries.

"I used to employ an Afghan before he fled to Germany," shopkeeper Alaaddin Cavga recalled."I would leave the store and trust him with the safe."