We have the vaccine for climate disinformation – let's use it

By Stephan Lewandowsky, Chair of Cognitive Psychology, University of Bristol

Australia’s recent bushfire crisis will be remembered for many things – not least, the tragic loss of life, property and landscape. But one other factor made it remarkable: the deluge of disinformation spread by climate deniers.

As climate change worsens – and with it, the bushfire risk – it’s well worth considering how to protect the public against disinformation campaigns in future fire seasons.

Read more: Scientists hate to say 'I told you so'. But Australia, you were warned

So how do we persuade people not to be fooled? One promising answer lies in a branch of psychology called “inoculation theory”. The logic is analogous to the way a medical vaccine works: you can prevent a virus spreading by giving lots of people a small dose.

In the case of bushfire disinformation, this means exposing, ahead of time, the myths most likely to be perpetrated by sceptics.

Disinformation can take many forms, including cherry-picking or distorting data, questioning of the scientific consensus by presenting fake experts, and outright fabrication.

On the issue of bushfires in Australia, there is little scientific doubt that human-caused climate change is increasing their magnitude and frequency. But spurious claims on social media and elsewhere of late sought to muddy the waters:

Where will it go next?

Research has repeatedly shown that if the public knows, ahead of time, what disinformation they are likely to encounter and why it is wrong, they are less likely to accept it as true.

This inoculation involves two elements: an explicit warning of an impending attempt to misinform, and a refutation of the anticipated disinformation.

Read more: Merchants of misinformation are all over the internet. But the real problem lies with us

For example, research has shown that if people were told how the tobacco industry used fake experts to mislead the public about the health risks of smoking, they were less likely to be misled by similar strategies used to deny climate change.

It is therefore important to anticipate the next stage of disinformation about the causes of bushfire disasters. One likely strategy will be to confuse the public by exploiting the role of natural climate variability.

This tactic has been used before. When natural variability slowed global warming in the early 2000s, some falsely claimed that global warming “had stopped”.

Natural climate variability may bring the occasional mild fire season in future. So lets arm ourselves with the facts to combat the inevitable attempts to mislead.

Here are the facts

The link between human-caused climate change and extreme weather conditions is well established. But natural variability, such as El Niño and La Niña events in the Pacific Ocean may at times overshadow global warming for a few years.

The below video illustrates this. We used historical data from Adelaide to project the expected incidence of extreme heatwaves for the rest of the century, assuming a continued warming trend of 0.3℃ per decade.

The top panel shows the distribution of all 365 daily maximum temperatures for a year, with the annual average represented by the vertical red line. As the years tick over, this distribution is moving up slowly; the red line increasingly diverges from the average temperature observed before the climate started changing (the vertical black line).

The bottom panel shows the expected incidence of extreme heatwaves for each year until 2100. Each vertical line represents an intense heatwave (five consecutive days in excess of 35℃ or three days in excess of 40℃). Each heatwave amplifies the fire danger in that year.

The analysis in the video clarifies several important aspects of climate change:

When it comes to monster bushfire seasons, the link to climate change is undeniable. This season’s inferno is a sign of worse to come – even if it doesn’t happen every year.

Educating the public on climate science, and the tactics used by disinformers, increases the chance that “alternative facts” do not gain traction.

Hopefully, this will banish disinformation to the background of public debate, paving the way for meaningful policy solutions.

Read more: Some say we've seen bushfires worse than this before. But they're ignoring a few key facts

Stephan Lewandowsky receives funding from the Australian Research Council, the Volkswagen Foundation, and the ESRC (via CREST). 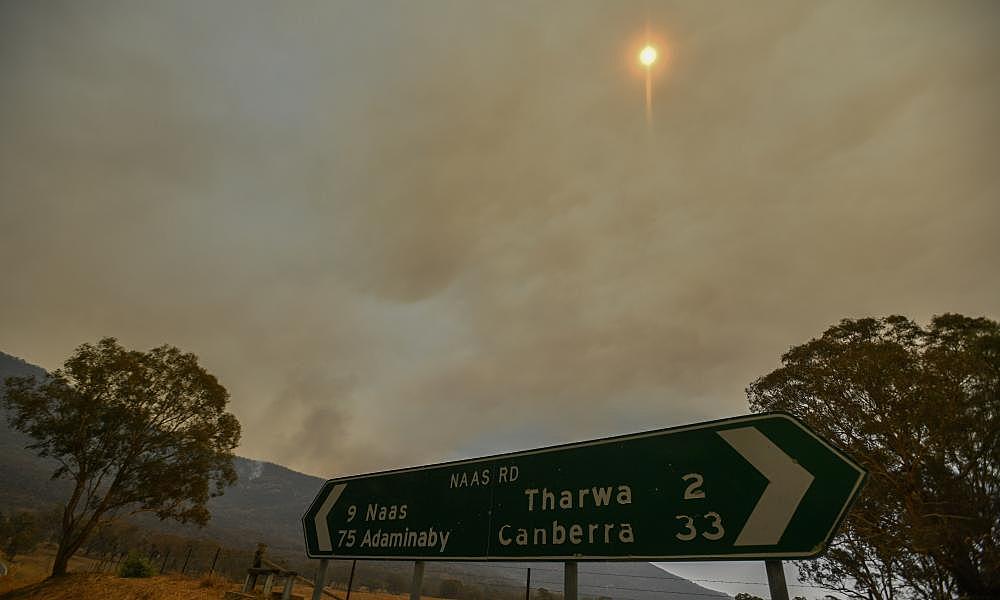 The Guardian - AU
One subscription that gives you access to news from hundreds of sites
U.S. Financial Regulators Have A Duty To Steer Us Away From Climate-induced Financial Collapse

When it comes to protecting the U.S. economy from the impacts of climate change, our financial regulators are falling short.

The Guardian - AU
Australia on standby for fire threat as heat, winds return

Australian authorities warned on Friday of severe fire danger in densely populated areas this weekend, declaring a state of emergency…

Reuters
One subscription that gives you access to news from hundreds of sites
Plants safely store toxic mercury. Bushfires and climate change bring it back into our environment

Climate change and bushfire may exacerbate recent mercury pollution and increase exposure to the poisonous neurotoxin, according to our study…