We Are Going To Have A Much Smaller Federal Government 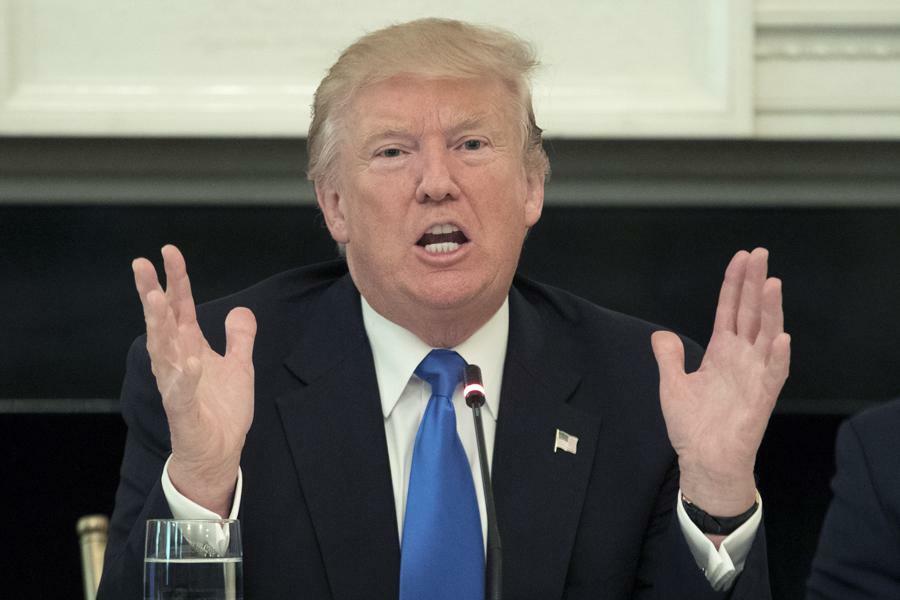 The original Federal government of the Constitution was framed on the principle of a limited government of “Enumerated Powers.” In other words, it would handle a short and definite list of responsibilities. All other functions of government would be the responsibilities of the States. Basically, the Enumerated Powers amounted to the military, foreign trade, immigration and foreign policy — all the “foreign” stuff. All the “domestic” stuff, such as education policy, was for the States to determine. This was emphasized in the Tenth Amendment to the Constitution.

The United States actually followed this principle pretty well, until the Great Depression and New Deal. But, things didn’t really get out of hand until the Great Society period of the 1960s. Today, most of the Federal government’s budget is consumed by domestic programs that didn’t exist before 1930. This includes: Social Security, all healthcare including Medicare, over a hundred means-tested Federal welfare programs, education, and dozens if not hundreds of other minor topics.

I think it is very important to have a good idea of what you want, even if achieving it seems politically remote. Like many today, I have recommended the “eventual” devolution of all these Federal programs to the States, to manage as they see fit, and impose taxes appropriately to pay for them. I think we are in a Crisis Era today, and that before too long, big changes might come to the Constitution, or the “effective Constitution,” that is: the way things are actually done. For example, a sovereign debt crisis of some sort might force the Federal Government to cut its spending in a hurry. Or, a threat of secession might be countered by an offer: “We’ll just take care of military defense, and all the other stuff you can decide for yourself.” (This was the original deal at the Constitutional Convention of 1789.)

This is a nice daydream. But, we came close to actually doing this in 2017. Some people know this, but I did not, and it is important.

If we came that close to doing it in 2017, I think it will become reality soon.

In 2017, Republicans debated a bill to eradicate the Affordable Care Act of 2010, also known as Obamacare. But, this same bill also included provisions to “block grant” Medicare to the States. In other words, Medicare as we know it would disappear. States would get a big check from the Federal Government, which they could then use as they wished, to establish whatever State-level healthcare system they liked. This was planned as a precedent to move the entirety of Federal domestic welfare-type programs to the States. In time, the “block grant” model could be replaced by direct State funding through State-level taxes, which would allow a dramatic reform of Federal Taxes, likely in the Flat Tax or FairTax model (they are actually quite similar).

This bill failed to pass by one vote.

These changes would allow a complete reform of existing healthcare and welfare programs, likely at the State level. Healthcare can be replaced by a provident-fund system (health savings accounts with mandatory contributions) and a free-market model, such as the one that allows Singapore to deliver world-class healthcare at less than a quarter of the cost of the U.S.’s cartelist system. (You can tell that it is a “free market” system because there are competitive public prices for services.) Social Security would likely be replaced also with a provident-fund system, basically a private retirement account with mandatory contributions, with backup provisions if this proves to be insufficient in old age. This is already the World Bank’s recommended policy for government’s worldwide.

Although past Flat Tax or FairTax proposals have tended to assume that spending programs remain unchanged, I suspect that things might work the other way around — big changes in spending programs would prompt major tax reforms. Obviously, if the Federal Government’s spending has been shrunk radically, while State responsibilities increase, that would allow a whole new tax system both for the Feds and the States.

Here, I would focus on the little-remembered principle of Uniformity in taxes. (It’s actually in the Constitution.) Basically, the Marxist-inspired idea of a “progressive” tax system should be completely abandoned in favor of “uniform” taxes. A “uniform” tax basically means: one single rate for everyone. There is no distinction based on personal circumstances, such as your total income, wealth, number of children you have, or whether you installed solar panels or bought a battery-powered vehicle. We already have several highly effective “uniform” taxes today, including retail sales taxes and payroll taxes. Some countries use the Value Added Tax, another uniform tax, which is actually a very good tax system, when it is not piled on top of other income taxes. One advantage of these uniform taxes is that you don’t need a tax return, and thus they can be “indirect” taxes.

So, the tax system of the future should consist of Uniform, Indirect taxes, including the retail sales tax and the VAT — at both the Federal and State level. (We could also abolish the Sixteenth Amendment.) We wouldn’t need Payroll taxes anymore, because they would be replaced by a provident fund system of mandatory contributions to health savings accounts and private retirement investment accounts. And, obviously, the Income Tax, both individual and corporate, would disappear.

Today, we have a pretty clear bifurcation of destinies: Either a Federal government that becomes almost communistic in size and tyrannical influence — the result of the Green New Deal/Great Reset/Tax the Rich ambitions of the Left — or, a much smaller Federal government, in the original Constitutional model. Although it looks like the Left is in control now, I am just going to assume that the Constitutionalists win out. Then, we might see some big positive changes, more quickly than you can imagine.