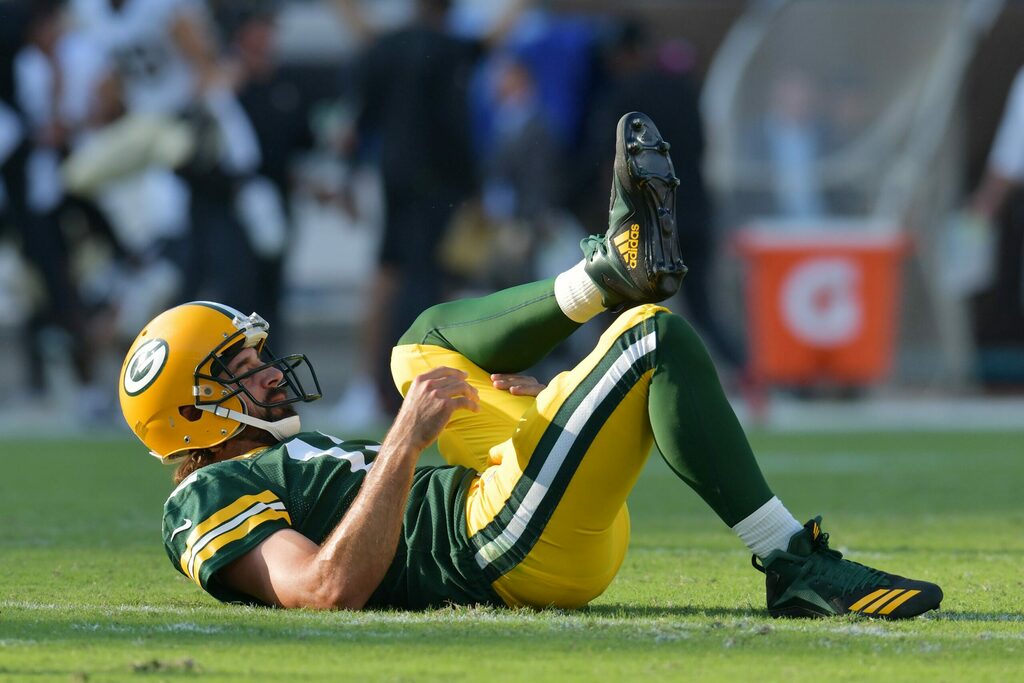 This is the online version of our morning newsletter, The Morning Win. Subscribe to get irreverent and incisive sports stories, delivered to your mailbox every morning.

Aaron Rodgers is just few days removed from his worst defeat (by total points) in his legendary career.

He looked terrible in the Packers’ 38-3 loss to the Saints on Sunday and was benched midway through the fourth quarter.

It was a miserable way to start a season after such a drama-filled offseason in which his future with the franchise was in doubt up until he strolled into training camp looking like a high school senior walking into the last week of school.

Now things are very serious for the reigning QB. Well, things weren’t serious for him yesterday when he explained that a punch to the groin led to his first of two interceptions on Sunday. That must not have felt good but that also represented how fans of the team must have felt watching that performance.

Rodgers is too good and has done too many things in his career for anyone to be hitting any sort of panic button after just one brutal but there are some reasons for concern given everything that went on over the offseason.

Does he really want to be there with the Packers?

Does he really want to put in the work each day to turn things around for a franchise that he’s clearly not all that pleased with?

We don’t know those answers, obviously, but he’s a professional athlete with a resume unlike so many other QBs in the history of the sport so I’d have to think he’s going to keep doing whatever it takes for him to play at the high level that he’s played at since taking over the starting job many years ago.

My pal Doug Farrar, though, broke down what defenses have been doing to slow down Rodgers, which could lead to some issues as the NFL, as we all know, is a copycat league. Doug is a master at this and I highly recommend you digging into this piece that he wrote. It’s some really deep football stuff.

There is some good news for Rodgers – this week he gets to play the Lions, which is usually just what a QB needs to gain some confidence and pick up some momentum as the 17-game season rolls along. It’s Week 2’s Monday Night Football game, so we’re going to get a whole lot of Rodgers talk leading up to kickoff on that day.

And then once the game begins we’re going to learn a lot about the state of Aaron Rodgers and the Packers.

But yeah, we should all probably chill out a bit on the reigning MVP. My guess is that he’s going to be just fine. 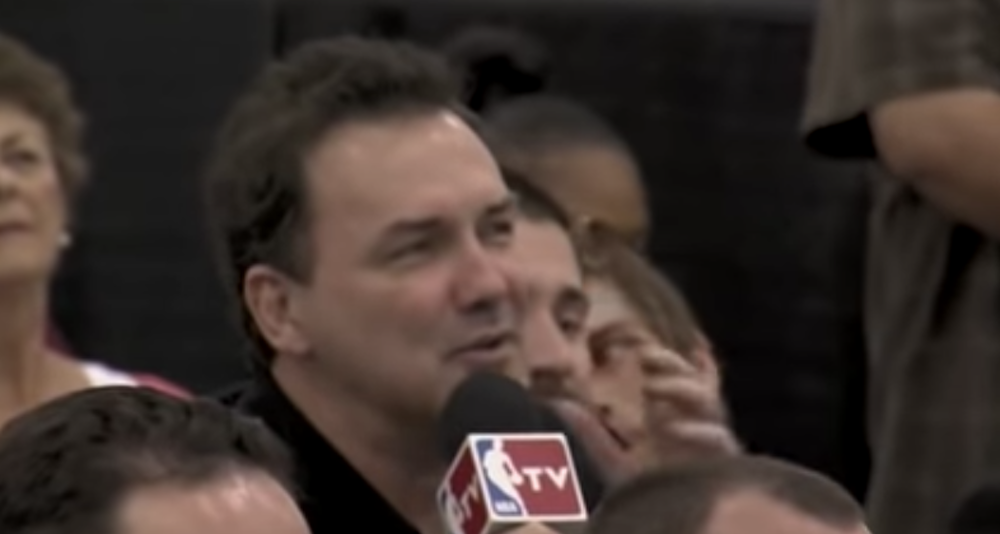 – The world lost a legend yesterday as the great Norm Macdonald passed away at the age of 61. Blake Griffin paid a hilarious tribute to the comedian by sharing an old video of Norm asking Blake a funny question during his Rookie of the Year award press conference. RIP, Norm. You were the best.

– Russell Wilson joined Peyton and Eli Manning on their new ‘MNF’ show this week and his confused reaction to the Raiders’ game-winning TD was shared by many other fans.

– Michelle Martinelli has 6 takeaways from NASCAR’s reported 2022 schedule which has some big changes and some new tracks.

– Charles Curtis has some guys that you should be looking at on your fantasy football waiver wires.