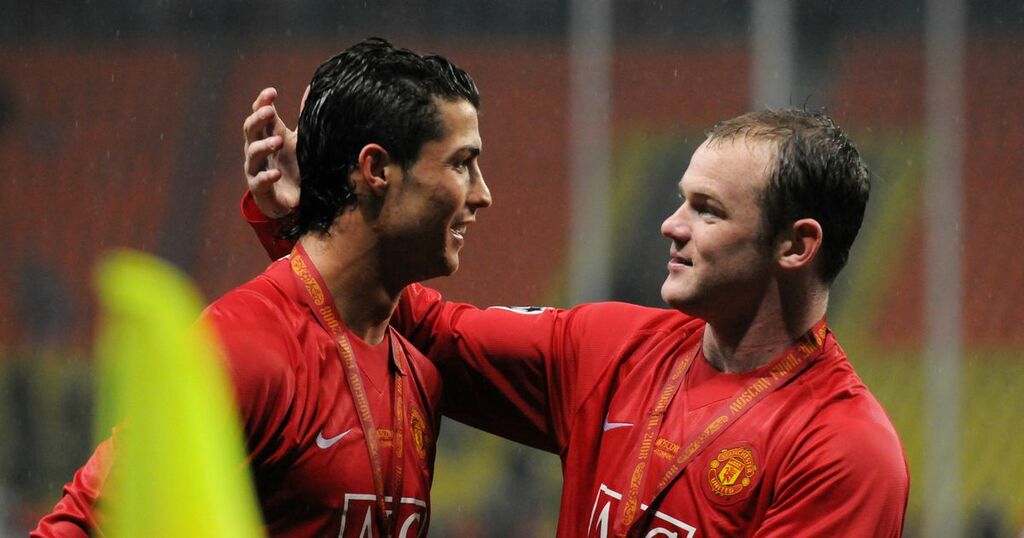 It 'wouldn't surprise Wayne Rooney if Cristiano Ronaldo played until he was 40 at Manchester United like Ryan Giggs.

Ronaldo scored 36 goals in 44 appearances for Juventus last season and he's showing no signs of slowing down on the pitch.

Despite being firmly in the autumn of his career, Ronaldo remains one of the world's most prolific goalscorers and the 36-year-old's return to United on deadline day for worth an initial €15million, rising to €23m, has caused great excitement among supporters.

Rooney played with Ronaldo across the five-time Ballon d'Or winner's previous spell at United and the now Derby manager thinks that his former teammate can emulate Giggs and play for another four years because of his 'great' physical condition.

"The last time he played here, he was more of a runner, a great dribbler, with pace and power," Rooney said.

"Whereas now, he's a goalscorer. I think his game has adapted dramatically.

"His ability is obviously one thing, but then he's also looked after himself massively ... he's still in great condition. It wouldn't surprise me if he's playing until he's 40, like Ryan Giggs did, and still scoring goals.

Do you agree with Rooney? Let us know your thoughts in the comments below.

"His team-mates will have to work a little harder. But if it's anything like last time - towards the last two years of playing with him - the team allowed him to do that because he scores you goals, and goals win you games."