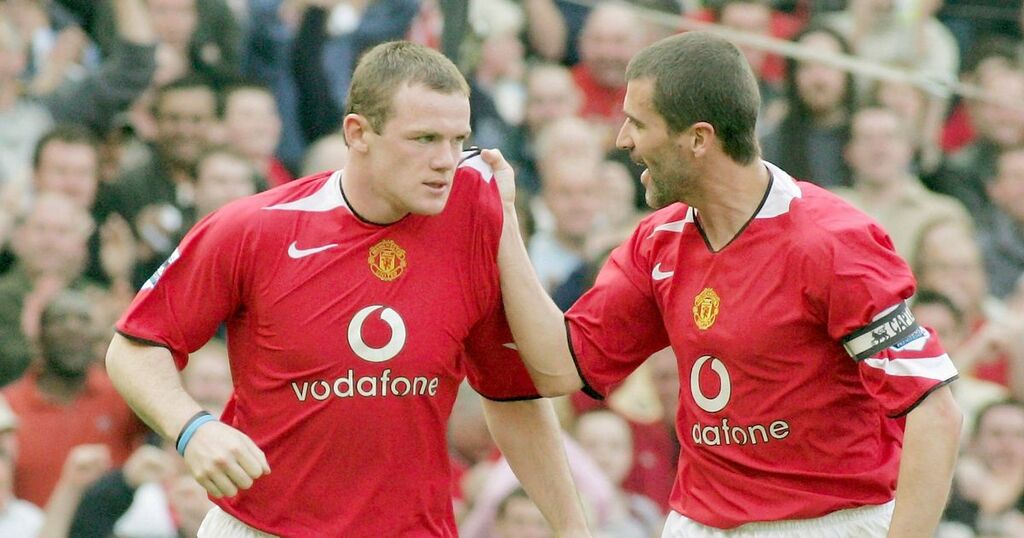 Wayne Rooney has reflected on the famous argument with Sir Alex Ferguson that ended of Roy Keane's glittering spell at Manchester United.

Keane is remembered as one of United's greatest servants, having spent twelve years at the club before departing in 2005 in acrimonious circumstances.

In a glittering career in Manchester, Keane collected seven Premier League titles and a Champions League, remembered in the fairytale of United's 1999 run in Europe thanks to one of the finest midfield performances in the tournament's history versus Juventus.

Though Keane is often referred to as a player in Ferguson's image on the pitch, the two strong-willed personalities clashed towards the end of the former's spell at United — eventually culminating in the famous fight that the pair are still yet to recover from.

In an episode of 'Tony Bellew is Angry' on BBC Sounds, Rooney opened up about the angriest he had ever seen his former boss.

Asked is Ferguson famously kicked a boot at David Beckham topped the list of angry moment, Rooney replied: "No, that was just before me.

"So when Roy Keane left the club, I think it's well known there was a meeting. I can't say the details of what happened in the meeting… Roy had obviously had a go at some of the players on the club's TV channel and then Fergie wasn’t happy, so he called a meeting.

"Roy Keane said let’s all watch it together, so we all went into Alex Ferguson’s office - the coaches, Alex and the whole squad. I was 18 or 19 [years old] at the time. We've all watched, and Roy asked if any of the players had a problem, so everyone said no. To be fair, it wasn't that bad; I think it was obviously a problem with Roy and the manager in the past.

"So, anyway, it's got into an argument, and a few different things got said, and I see Alex Ferguson jump over his desk, and I’m thinking 'wow, this is crazy'. He jumped over the desk, he's getting held back ... it got calmed down.

"Anyway the next day Roy Keane’s come into training, and then about 30 minutes later we've seen him driving off, and that’s the last we’ve seen of him."

The falling out came off the back of a string of smaller spats between Keane and the club's coaching staff. Before the season there was a disagreement over quality of the pre-season camp in Portugal — influenced by then-assistant manager Carlos Quieroz, whom Keane later admitted to having a strained relationship with — and continued throughout the season.

The event that broke the camel's back involved Keane criticising the performances of fellow teammates John O'Shea, Kieran Richardson, Alan Smith and Darren Fletcher on club channel MUTV. After being deemed too scathing, the club subsequently pulled the recording from the air.