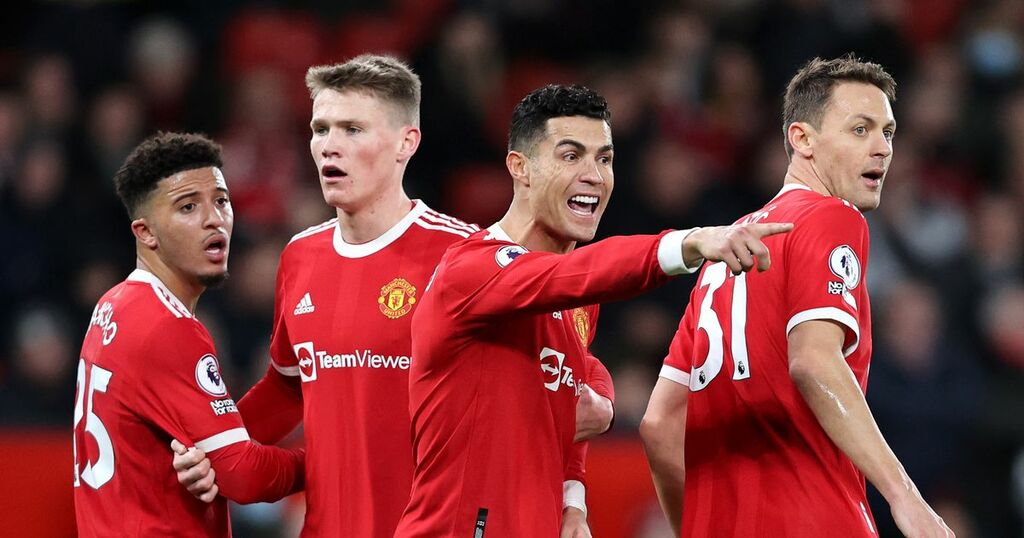 Welcome to the United On My Mind daily round-up, where we take a look at some of the best Manchester United stories that you might have missed.

United legend Wayne Rooney gives his verdict on Cristiano Ronaldo's recent comments about the club's mentality and goals and disagrees with the Portuguese superstar.

Ronaldo continues to ruffle feathers, and reports suggest the United squad are 'intimidated' by the star as he attempts to fix the deep-rooted problems.

And finally, Liverpool legend Jamie Carragher gives a scathing reflection on United and where it seems to be all going wrong for the Old Trafford club.

Rooney and Ronaldo enjoyed one of the best-attacking partnerships in Premier League history. They were both part of a team that was arguably Sir Alex Ferguson's strongest ever side. Rooney has now had his say with Ronaldo's recent comments on the club's expectations.

In his recent Derby press conference, Rooney said: "Manchester United have to be a top-one team, not top-three and I think that's the demands which the fans put on you and the demands the club has."

The all-time United goalscorer continued: "Of course they're going through a difficult period at the minute but make no mistake that's a club who should be winning championships, it has to be winning trophies and that's the pressure that comes with playing or working at Manchester United. That's where they need to get back to and I'm sure they'll try and do the right things to get back to that place."

Our verdict: It's hard to disagree. Ronaldo holds the highest standards out of anyone in football it seems, considering he's nearing 40-years-old and is still playing.

But the fact that even Ronaldo has dipped his standard to top three shows how far his standards have fallen.

Ronaldo's return to the club was supposed to be the final piece in the United jigsaw. His experience and aura were supposed to propel the rest of the team to glory, but reports claim it's quite the opposite.

The Sun have reported that the United players are scared of Ronaldo as he tries to salvage the season as the five-time Ballon d'Or winner has warned the squad of a 'nightmare' season unless attitudes change. The report also claims some players are even wary of making a mistake or failing to pass to him because of the reaction they may get.

Our verdict: I hate to sound like a blind-eyed Ronaldo follower, but here we are. Ronaldo, simply put, is Ronaldo! If there is anyone in the world who knows what it takes to be successful in football, it's him. The players should be scared of making a mistake regardless of if it comes with a backlash from Ronaldo because the standards should be extremely high.

It feels like the players had an easy ride under Ole Gunnar Solskjaer, and they got away with it regardless of what happened. But now there are senior figures who won't take any rubbish; they're all of a sudden 'intimidated'? Pitiful. If the players want to get somewhere, they need to listen and take on board what Ronaldo has to say.

Carragher has never been one to shy away from twisting the knife in between the United shoulder blades, and today is no different. In his latest column, he's gone to town on the United squad.

Speaking in The Telegraph, Carragher said: "Those who you would have imagined to embrace a high energy game (under Ralf Rangnick) – such as Marcus Rashford and Mason Greenwood – are doing nowhere near enough."

The Liverpool legend continued: "They are young lads who should be leaving everything on the pitch, vibrant with the ball and relentless in their running off it. Compare their work rate with Sadio Mané, Mohamed Salah, Bernardo Silva, Phil Foden or Mason Mount, and it is embarrassing. They have to look at themselves.

"Instead, I am getting fed up with the excuses made on Rashford's behalf by his PR team, especially spinning a version of events to get sympathy. How about just playing better instead? It is staggering that, at 34, Edinson Cavani is doing so much more than his younger, attacking teammates, averaging 11.7 km per game."

Our verdict: It pains me to say it, but Carragher speaks the truth. United wanted to compete with all of the big dogs in the league this year and even forget about points, results, and tactics for just a second, United's squad works nowhere near hard enough compared to the likes of Man City and Liverpool's squad.

There seems to be a common theme in today's media round-up of too many excuses emerging from the Old Trafford dressing room. It's time to stand up and be counted for.

What do you think United's main issue is? Follow our United on my Mind trends writer Anil Kandola on Twitter to join in on the conversation and let us know your thoughts in the comments section below.