Watson not yet ready to call time on Knights career 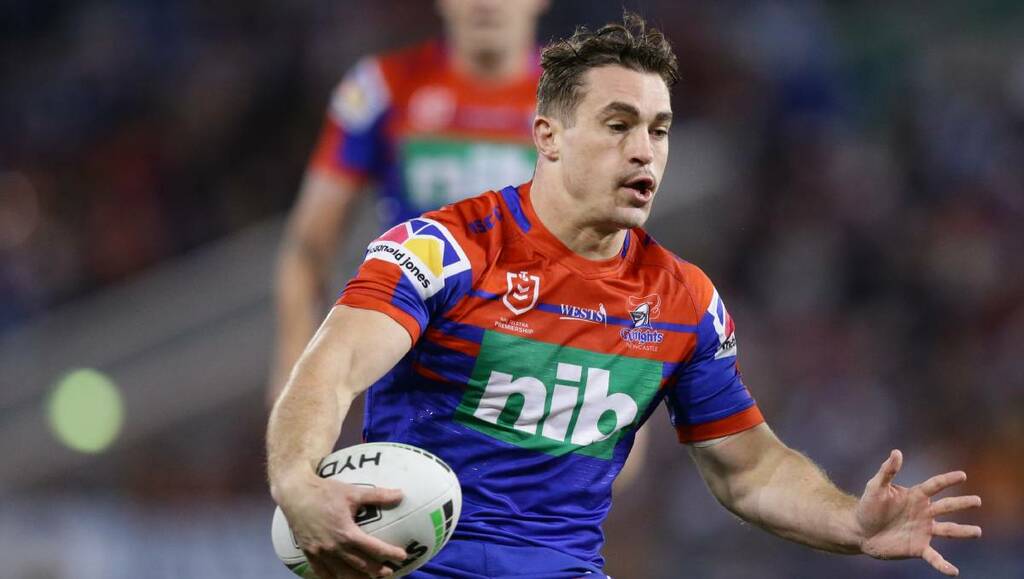 Departing Knight Connor Watson is refusing to even contemplate the possibility Sunday's do-or-die finals clash against the Parramatta Eels could be his last in the Red and Blue.

Watson, who will join the Sydney Roosters in 2023, says he wants to play four more games for the club and claims the pain of bowing out to South Sydney in the first week of the finals series last season will have the side ready to do whatever is needed to take out the Eels in Rockhampton.

"There is a fire in the belly," Watson said. "I missed out last year because of the Achilles [injury] but post-game after Souths, Adzy [coach Adam O'Brien] spoke about remembering this feeling and using that as some of the drive for this year.

"The boys definitely remember that feeling and remember how hurt they were so we don't want to go through that again."

As for this game potentially being his last for the Knights, he said: "I definitely don't want it to be.

"It hasn't really crossed my mind too much. I still don't think it sort of feels real, especially being here in and around the boys all the time.

"I'm just worried about this year and this week and just really enjoying my time up here in the bubble. It's been awesome just to connect with all the boys.

"Hopefully that can help us play four more games here. But we have to start with this weekend - it's a big opportunity for us."

Watson admits the secret to beating the Eels and going deep into the finals lies in bringing to the surface the potential within the squad both in attack and defence.

"We've definitely got some improvement to do in both areas but I think we've got the talent here," he said.

"We've got the talent to definitely go to new levels on both side's of the ball.

"We are working on things attacking-wise and defensively. Even though we won five games in a row there, we were coming off the field happy but not content. We wanted more knowing that we've still got levels in our footy.

"I think that is the most exciting thing here. We've definitely got a lot more footy in us and if we can unlock that, who knows what we can do."

Watson said the Eels will be formidable opposition.

"They are a really good team and I think in the last couple of weeks, we've seen what they are capable of. But it's not so much focused on Parra, it's more focused on ourselves and what we can do to get better.

"I think defence wins comps. We've done a pretty good job of winning the close games to be honest. For the past 10 weeks apart from two or three games, our defence has been really good and a lot better to what we saw at the start of the year.

"We know if we play our best footy, we are capable of anything so that's what we are concentrating on. I'm excited. You want to play in these big games and you want to play against good teams to test yourself.

"If we play our best footy, we can do anything."

# Meanwhile, luckless Knights hooker Chris Randall's season is over after undergoing surgery in Brisbane to repair a fractured thumb.

Randall, on the verge of signing his first top 30 contract with the club, sustained the injury in the first half of last Saturday's loss to the Broncos but courageously battled through the pain to play all but the final three minutes of the game.

Not only that, he scored a second half try and made 51 tackles in Newcastle's 35-22 defeat to be among the Knights' best. The injury has cost him any chance of playing in the finals.