‘Watershed moment’: horror and hope from inquiry into Queensland police

Of all the shocking allegations heard during five weeks of public hearings by a commission of inquiry, one conversation between two Queensland police officers stood out for Betty Taylor.

The alarming allegation was that police did not investigate the suspicious death of a victim as she and her partner were “a pair of scumbags” who lived in a “shit area in a shit house”.

The comment, allegedly made by a senior officer to his colleague in 2019, shocked Taylor, who has spent three decades working in the domestic violence sector.

As chief executive of the Red Rose Foundation, Taylor says it warrants an independent investigation.

“I don’t think that can just stand and not be taken further. We can’t have women being killed and we’re not doing thorough investigations,” Taylor says.

“If they start to look at other suspicious deaths, [there are] probably going to be more.”

The independent commission of inquiry into the Queensland police service’s responses to domestic violence incidents was recommended by the state’s women’s safety and justice taskforce after submissions from victims outlining alleged police failures.

The taskforce said “cultural problems within the QPS persist and appear to be widespread”, despite the “best efforts” of senior leadership and officers trained specifically in domestic violence.

For Thelma Schwartz, the principal legal officer of the Queensland Indigenous Family Violence Legal Service, the allegation that a proper investigation wasn’t conducted into a death is feared to be the tip of the iceberg.

Schwartz says she’s heard similar claims about a lack of willingness by police to investigate acts of violence.

“The commonwealth has just established an inquiry into murdered and missing Aboriginal and Torres Strait Islander women,” she said. “Why have these women just disappeared and there’s been no response?”

A QPS spokesperson says the ethical standards command “has commenced internal inquiries into specific allegations raised as part of the inquiry which it had not previously been made aware of”.

“A number of matters raised which have been the subject of previous ESC investigations have also been reviewed,” they say.

“Officers are rightly expected to meet a high level of service and standard of conduct.”

‘Too ugly to be raped’

The inquiry, which has held five weeks of public hearings, heard from dozens of witnesses including current and former police officers, service providers and advocates.

One police officer broke down in tears at the hearings as he described hearing officers referring to domestic violence as “foreplay”, describing rape as “surprise sex” and saying victims were “too ugly to be raped”.

Indigenous women are some of the worst affected by police inaction, the inquiry heard, with Aboriginal and Torres Strait Islanders regularly misidentified as perpetrators of domestic violence and not considered the “ideal victim”.

An internal report by an intelligence officer also found domestic violence deaths were likely in the Torres Strait Islands, with allegations of police inaction even after officers had observed victims’ “bloodied lips, swollen faces” and “black eyes”.

Ian Leavers, the president of the union, said in a written submission there was “no widespread culture problem” in how police respond to domestic violence incidents.

His submission said that while there are still “unsatisfactory behaviour and attitudes within the service”, this involves a “very small minority of serving police officers”.

“It does not shock me one single bit what has finally come out of Pandora’s box at all,” she says. “I hope that the general public have seen how widespread this rot is.”

Nicole Moulding, the director of the Safe Relationships and Communities Research Group at the University of South Australia, says it’s hard to quantify when an issue becomes widespread. But the evidence brought by experts, as well as submissions to taskforce, shows this is a common problem.

“These negative misogynistic attitudes about domestic violence victims also exist in the wider community but it’s totally reasonable to expect more of the police,” Moulding says.

“There are a lot of officers that are well educated and have a sound understanding of domestic violence but there are also a lot of barriers to police speaking out,” Moulding says.

“Police culture historically has been one about supporting your buddies.”

The hope for lasting change

After decades of “denial” and “deflection” by police, Prof Kerry Carrington, an expert on the policing of domestic violence, says the inquiry has been a “watershed moment” for the state.

But she believes the hearings could have “gone further” by compelling several influential police figures to give evidence in person, including the QPS commissioner, Katarina Carroll; the president of the Queensland police union, Ian Leavers; and the police minister, Mark Ryan.

“I would have liked to have seen the inquiry ask those in charge what are they gonna do. They’ve heard the evidence. Do they take it on board?” Carrington said.

The commission’s final report will be handed down by 4 October. Guardian Australia understands a further hearing is being considered on 18 August, with plans under way to determine the witnesses and location.

A QPS spokesperson says all the inquiry’s recommendations will be “thoroughly considered” and police remain “committed to refining and enhancing” responses to domestic violence.

Advocates are in firm agreement that any recommendations to come out of the inquiry need to more than a tokenistic or “Band-Aid” approach.

As an advocate for specialist domestic violence police stations, Carrington hopes the commission will suggest their introduction following recommendations from coronial inquests into Doreen Langham and Hannah Clarke and her children.

Moulding believes police training must be accompanied by “structural changes” such as police hiring more women in positions of power.

“You had to have the inquiry to shine the light,” Taylor says. “Now it’s out there and we need to get on with the reforms.” 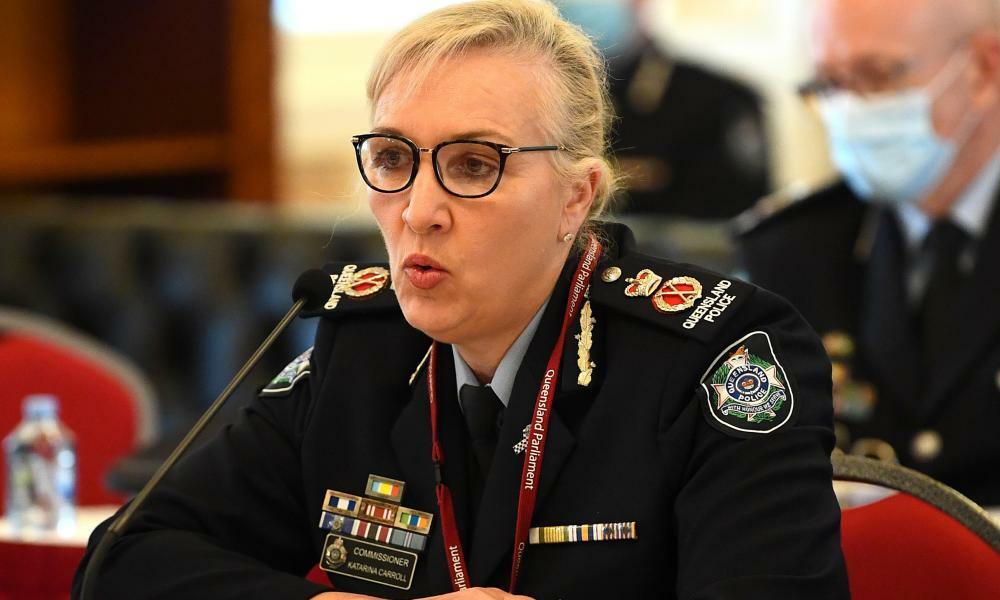 The Guardian - AU
From analysis to the latest developments in health, read the most diverse news in one place.
Qld police boss asked to front DV inquiry

Secret addresses have been exposed inadvertently, letting abusers track down families - with migrants most at risk

The Guardian - UK
One place to find news on any topic, from hundreds of sites.
Queensland officers investigated colleagues from same police station over ‘failure of duty’ allegations

Over five weeks of hearings, inquiry has heard allegations of police failures toward domestic violence victims