Water, water everywhere, but hardly anyone has a water view 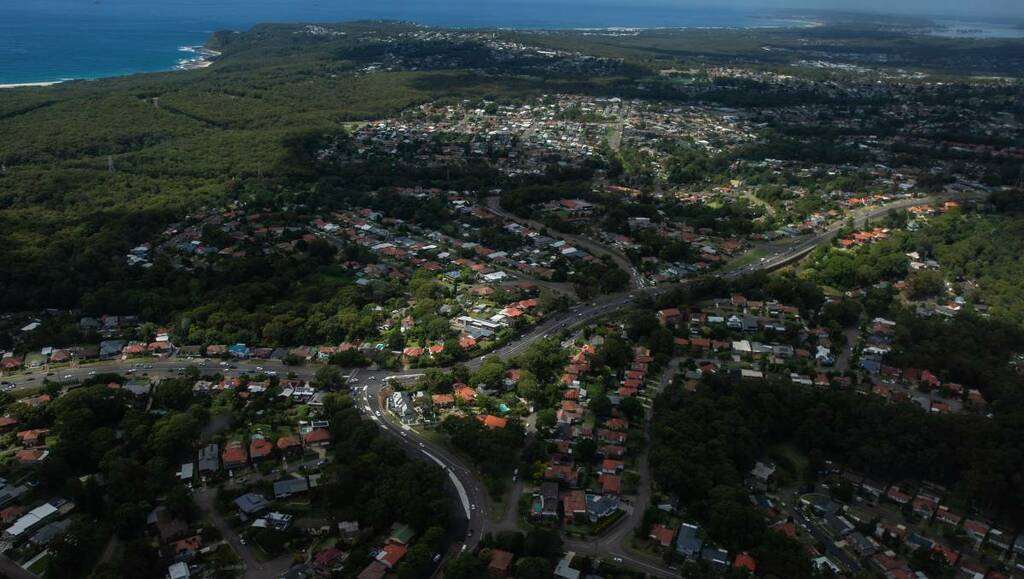 This is the ninth in a series of essays by journalist Bradley Perrett on long-term planning ideas to provide for a better future for the people of Greater Newcastle and the Hunter Region.

Between Merewether Ocean Baths and the lake entrance at Blacksmiths the coast stretches about 19 kilometres. Yet probably not more than 200 houses along that coast have great ocean views. Most are perched on the headland at Redhead.

Even for the coast at Merewether, few residences have good views of the Pacific, though more at Merewether Heights can see it in the distance.

And outlooks taking in Lake Macquarie? Unlike the coast, the lake has a lot of continuous residential development, yet even there the potential for seeing water is limited by the generally low heights of buildings. So many houses are a stone's throw from the lake but their occupants don't get even a glimpse of it.

How curious this is: Greater Newcastle has so much water, but excellent views of it are rare and expensive.

We may be comfortable with this situation, but it's unlikely that Novocastrians of the future will be.

There will be more of them, and they will increase the density of the city. We don't have a say in that. Since many of them will live in flats, it will make sense for them to put a lot of apartment buildings in outstanding locations with ocean and lake views and easy access to beaches and the lake shore.

We can help them by planning ahead. If we don't, population pressure and land values will still force construction of apartment blocks near water, but those buildings will ultimately be seen as undersized, allowing too few people to enjoy the locations. With short supply, prices will be unnecessarily high.

In planning for towers near a beach, we can learn what not to do by looking at the Gold Coast. The lesson is to put the really tall ones a few hundred meters back from the water.

As discussed in an earlier Hunter Essay about future city-centre skyscrapers, the problem is strata titling. New buildings are sized for current, not future demand. Then they're divided into strata titles, so they become extremely difficult for later developers to buy and replace with larger structures.

The answer should be a new zoning rule for setting minimum sizes and heights for buildings on excellent sites. The minimums would reflect likely demand of decades into the future. Sites can then wait with low buildings on them, such as houses, until the market finally justifies thorough redevelopment.

Locations for high residential towers should be limited; the buildings should be in clusters. We should prepare for making Greater Newcastle more pleasant for more people, not for turning it into an endless concrete forest.

The most obvious place for an oceanside high-rise zone is near the beach that we call three beaches: Bar, Dixon Park and Merewether. Nearby streets of Merewether have colossal potential, because they are close to sea, sand and the city centre.

Unlike Cooks Hill and Hamilton, Merewether is not full of heritage buildings that must be protected; rather, it is filling up with large modern houses said by their architects to be meritorious. Future Novocastrians can knock them down.

In planning for towers near a beach, we can learn what not to do by looking at the Gold Coast. The lesson is to put the really tall ones a few hundred meters back from the water. In Merewether, the best location for the tallest buildings is probably the southeastern side of the route formed by Mitchell and Patrick streets.

For a Back Row of high buildings in the city centre, I proposed a minimum height of 60 storeys, and I think that would be right for the Mitchell-Patrick row at Merewether, too. This is our best stretch of coast for development; we should ensure that our successors can make full use of it.

No one is likely build apartment towers of that height in Newcastle this side of 2050, but for such a fabulous location the market will be there eventually. Just imagine thousands of people sitting on their balconies, looking at the ocean as they eat their breakfasts.

Zoning should also allow for progressively lower buildings between the Mitchell-Patrick row and the beach. And there should be view corridors: gaps that provide some outlook for lower floors of the buildings that are farthest from the ocean.

On the inland side of the Mitchell-Patrick row, heights should step down rapidly. Away from the water, Merewether would not be full of high-rises.

We have three great coastal parks - Glenrock, Awabakal and the Belmont Wetlands State Park - that occupy most of the shore from Merewether to Blacksmiths.

No one would countenance covering them with housing, but they create superb residential locations on their edges that later Novocastrians will especially want to make best use of.

Consider the ridge at Merewether Heights, where well-heeled residents now look north over the city, mostly from Scenic Drive. In the future, far more numerous apartment dwellers, with much less money, could also look southeast over Glenrock to the ocean. (It would perhaps help to grow tall trees around the sewage works and paint it green.)

The next stop is Dudley, where current residential development has about 1 km of coast, then Redhead, with about 2 km. In these places, too, our successors will probably want to build high. We should arrange land reservations there to provide wonderful views not only out to sea but also north and south, so future residents can take in the magnificent parks.

As at Merewether, the highest buildings would be set back from the water. For the tallest, maybe nothing shorter than 40 floors should be acceptable - again, so more people can enjoy the fabulous locations.

Similar but less ambitious reservations for height and density should also be set at Blacksmiths - less ambitious because that suburb is so far from the core of Greater Newcastle, the area between Charlestown and the city centre.

All this does not mean festooning the coast with high-rise. It can't, because we have those three enormous parks that will always separate the residential clusters.

As for the lake, locations for high-rises around it are not much constrained by parks. But they must still be limited, to avoid creating a concrete forest.

Obviously candidate locations are those that already have higher density and activity, notably Belmont and Warners Bay. Indeed, there is already a bit of modest high-rise development at both of those locations.

Ridges around the lake also offer potential locations for high-rise, because buildings on them can hardly block views for anyone else: the ridges already block views. But we wouldn't want a line of residential towers on every ridge. Probably only a few should be reserved for such development.

Lake Macquarie and Newcastle councils should ask the state government to create that new zoning rule for reserving land for later large buildings. Then the state and councils should quickly work out a plan for each of the waterside high-rise zones: where to locate the tiers of heights and where to provide view corridors.

And no one should fiddle with the plans. When demand eventually justifies construction, apartment buyers should know what views will be retained as the suburbs are progressively redeveloped.

Curiously, this concept of maximising the use of excellent sites should please those who would prefer to see only houses on them. Those people will still lose that fight, but they'll lose it later rather than sooner.

Dudley, for example, simply isn't likely to remain low-density forever: its potential is just too great. But if minimum building sizes are required for redevelopment, replacement of the houses won't happen so quickly.

Hunter Essay #2: Minimum height of 60 floors in the heart of Newcastle: a bold proposal