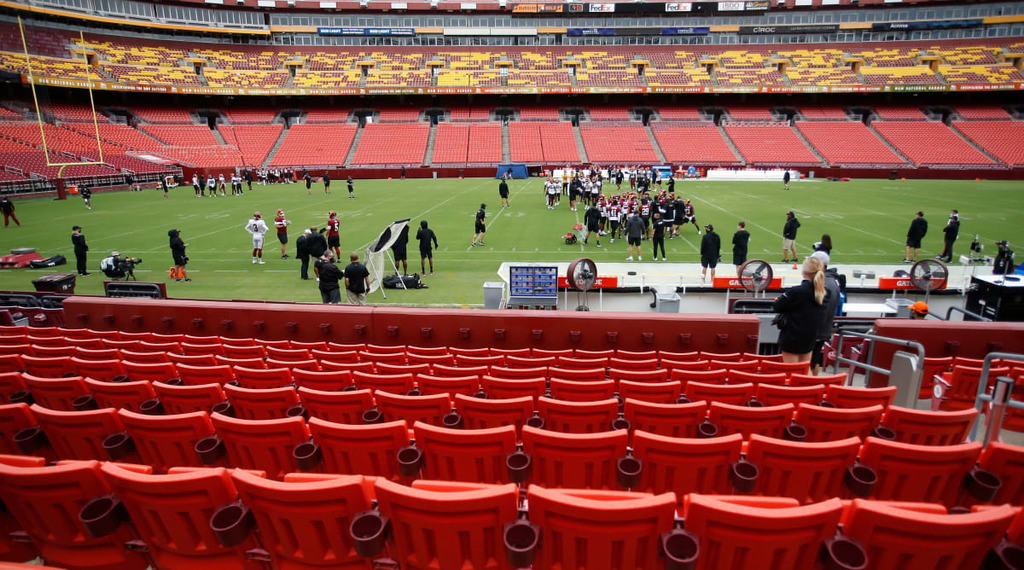 "Drain the swamp" has been an ever-present theme in Washington's political arena in recent memory; on Sunday at FedEx Field, it seemed to make the jump to sports.

During Washington's season-opening 20-16 loss to the Chargers, water suddenly poured down into the lower concourse, drenching spectators and leading fans to speculate.

Note: Language in the background of the following clip may be considered offensive.

Fans rushed away from the torrent in droves with some claiming the leak was from a sewage leak. Michael Phillips of the Richmond Times-Dispatch rushed to the scene and found a split verdict between sewage and water.

In the end, FedEx Field, which was opened in 1997, dispelled fears of a sewage leak, asserting that the spill was actually rainwater. It didn't hurt that the fans were moved to luxury suites for the remainder of the game, but doubts remained.

Rainwater or sewage, the incident added plenty of fuel for the WFT social media critics and comics, including those looking for any hints as to the team's new name.