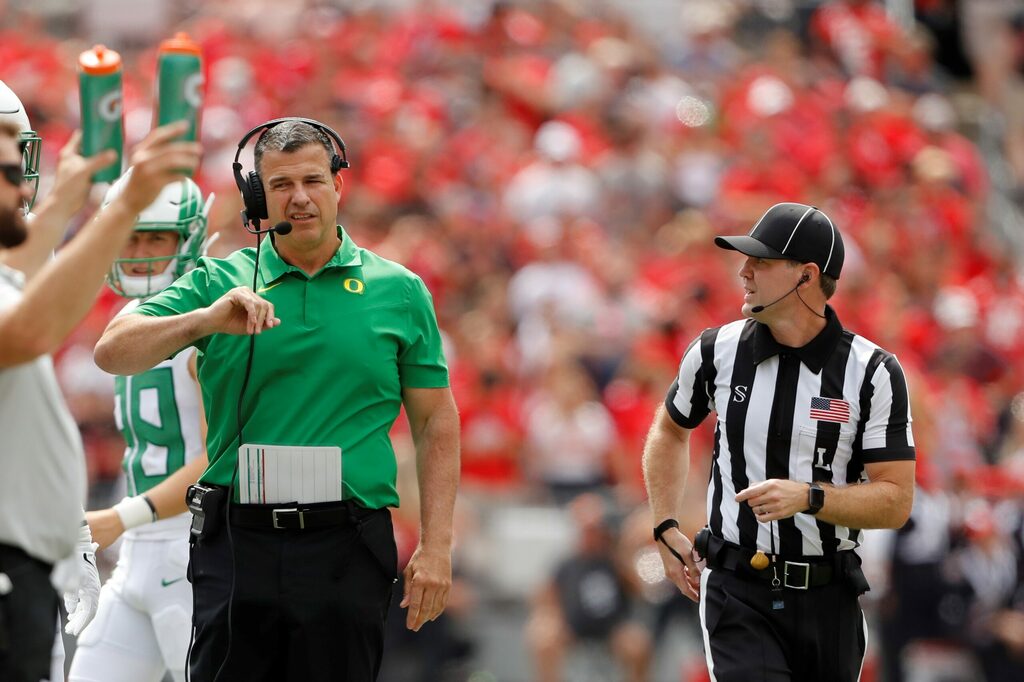 Ohio State dropped a game at home for the first time since 2017 when Oregon was able to outlast the Buckeyes on Saturday night. It was not a banner night for the defense, and despite the offense putting up over 600 yards of offense, the Buckeyes only put up 28 points.

Obviously, Oregon head coach Mario Cristobal was over the moon after one of the biggest wins in the history of the Ducks’ program as he sat down in front of the media to react to the win.

In case you missed any of Cristobal’s comments in his postgame presser about Ohio State after the game, he was very gracious and humble in defeat with some very complimentary things to say about the talent and competition level of OSU.

Watch below and hear Cristobal talk about how proud he is of his players, how talented Ohio State is, how much of a challenge it was to come to Columbus and win, and more. The video is courtesy of Max Torres of Ducks Digest.

Ohio State will now regroup and try to improve and keep things in perspective for the rest of the year. The Buckeyes will face Tulsa next Saturday at home.