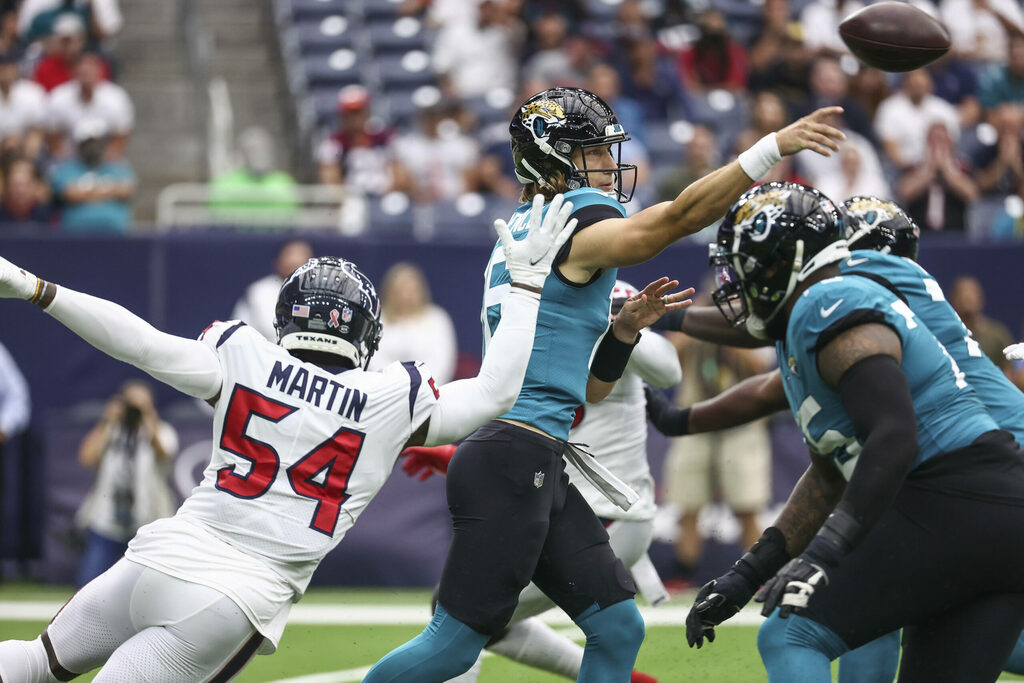 The Jacksonville Jaguars didn’t get off to the start they were hoping for in Sunday’s regular season opener, but that didn’t rattle No. 1 overall pick Trevor Lawrence in the early stages of the game. Despite being down 14-0 early in the second quarter, Lawrence and the Jags offense was able to march down the field (with the help of a Maliek Collins penalty) for an 11-play, 75-yard drive.

To end it, Lawrence hit a wide open Chris Manhertz on a seam route for 22 yards.

The Texans appeared to be in a cover 3 scheme and Lawrence simply took advantage of there being no help underneath the coverage. That helped the Jags decrease the lead in half at that moment. However, since then moment, the Texans have added a field goal to make it 17-7.

Additionally, Lawrence has hit a snag after scoring and he’s thrown two picks. Still, with the game not hitting the halftime mark yet, there is plenty of time for the Jags to get back in it.