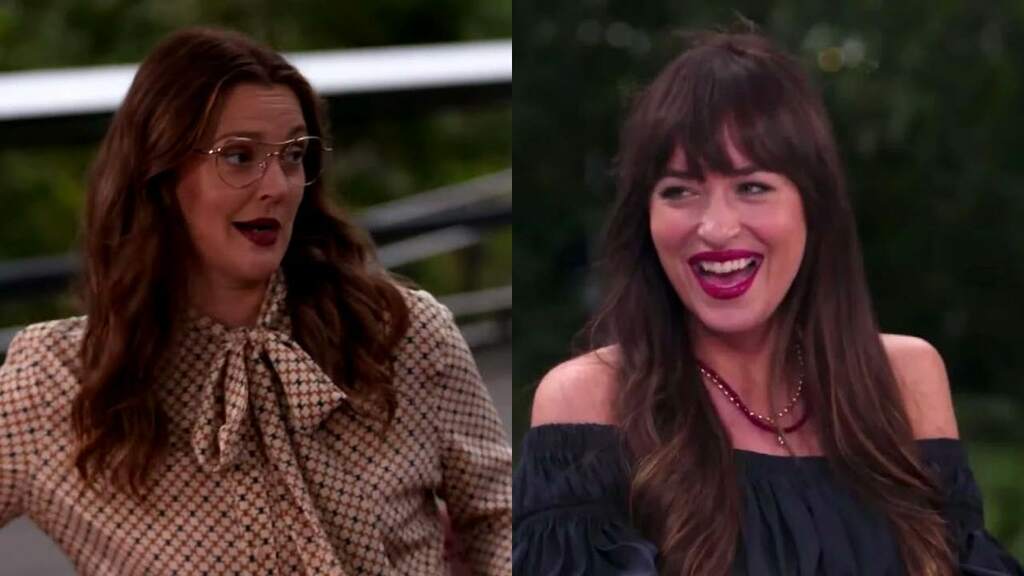 As if you didn’t love them enough, Drew Barrymore and Dakota Johnson just buried Ellen DeGeneres’ career into the ground—as if it wasn’t already after all those allegations—by referencing *that* infamous clip.

In the middle of a conversation about Johnson’s neighbours, Jimmy Kimmel and his wife Molly McNearney on The Drew Barrymore Show, the pair casually found a way to throw some giant sequoia levels of shade at the controversial daytime talk show host and reference the iconic “actually Ellen, that’s not the truth” moment.

“[Jimmy and Molly] are great neighbours, except they have a lot of parties and don’t invite me,” Dakota says, looking off to the side with a cheeky grin.

“Is this for real?” asks Drew. “Because, you know, people have gotten in trouble for claiming to not being invited to your parties?”

Dakota then spins around on her chair and the two look at each other for a moment, acknowledging the absolute carnage they’re about to enact. Dakota laughs as Drew says: “That was amazing by the way, like, amazing.”

In case you missed it, the “That” she’s referencing is perhaps the hottest and juiciest moment to come out of any daytime talk show.

Back in December 2019, Dakota Johnson was a guest on Ellen’s show. In the interview, Ellen claimed that Johnson didn’t invite her to her 30th birthday party, which led to the gloriously awkward moment of Dakota correcting her.

“You’ve been on the show many times… and don’t I show like?” Ellen interjects.

“But I did invite you and you didn’t come,” says Dakota, in now one of the most gloriously awkward conversations on television.

To this day, it’s still so bloody good. Watch it here.