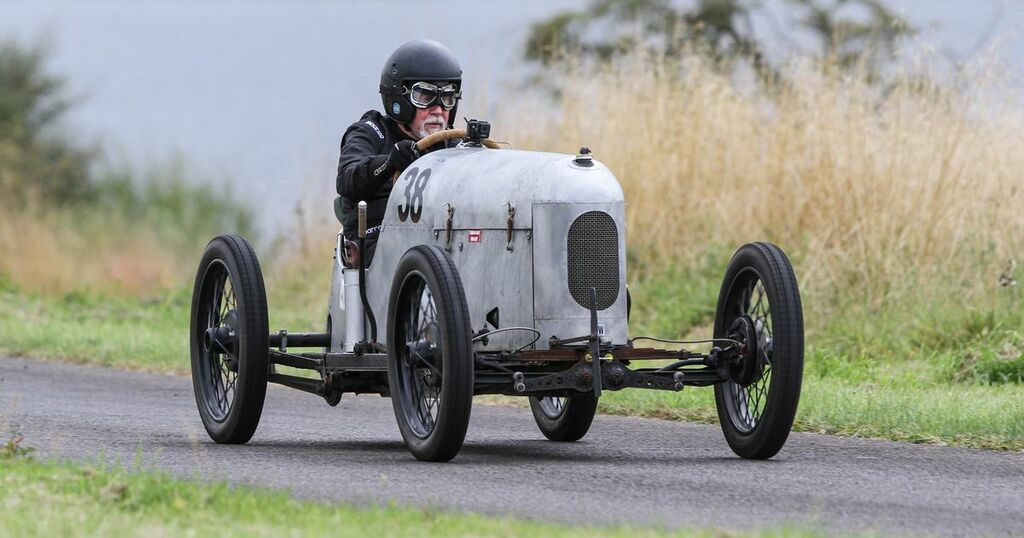 THE hills were alive to the sound of classic racing engines as the 2021 Bo’ness Revival revved into action.

A change of venue for the renowned Scottish motorsport meeting for historic machines did nothing to dampen the enthusiasm of the competitors.

They came from all over the UK to take part in the event to Forrestburn in north Lanarkshire, sponsored by Scotch whisky specialist Cask 88.

The variety of machinery took in everything from Tim Sharp’s MG PB to the Lotus 41C single-seater of Russell Jordan.

There were close-fought and friendly battles across many of the classes at the event.

This was especially true among the four Austin Sevens that included Colin McLachlan’s Moose Special, which has been immortalised on the label of the limited-edition Bo’ness Revival whisky by Cask 88.

A special class for MG Midgets commemorated the 70th anniversary of the British sports car and demonstrated the diversity of this great roadster. In the end, Steven Muir came out on top.

Another highlight of the weekend was Kenny Baird, taking a fastest time award in his Scottish-built Fisher Spyder that was put together in the 1960s by Jack Fisher in his Edinburgh garage.

The event is set to return to its usual home at Kinneil House, in Doune, West Lothian, next year. If you can’t wait, there’s more hillclimb action at that venue next weekend.