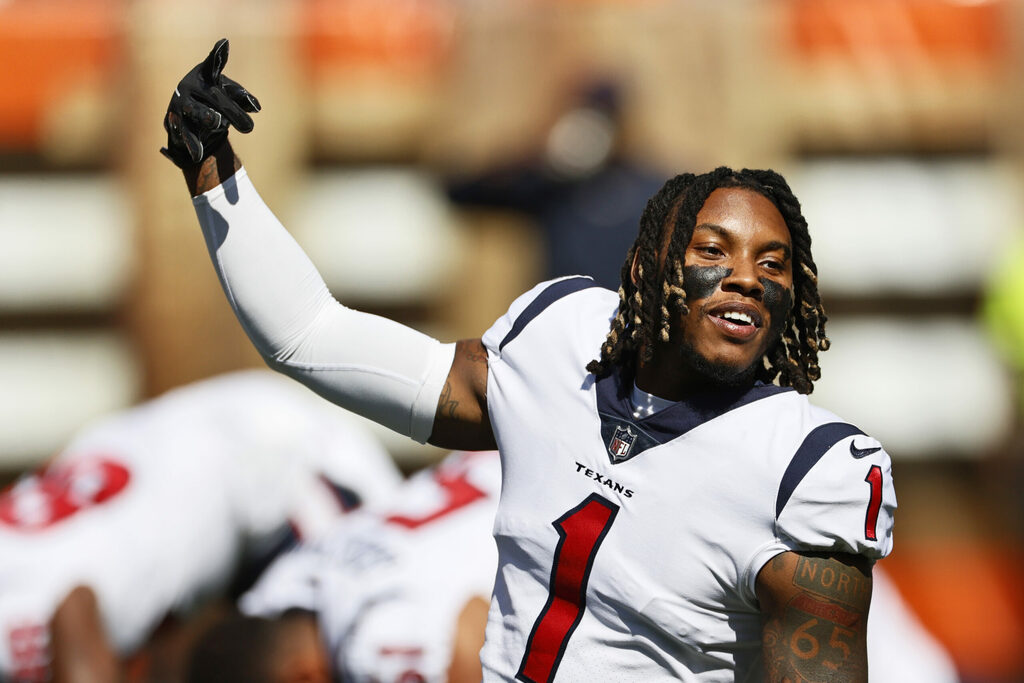 Houston Texans safety Lonnie Johnson got his second interception of his career against the New England Patriots Sunday afternoon at NRG Stadium.

It was the second takeaway the Texans defense forced against the Patriots.

Houston safety Justin Reid, one of the “Evil Twins” along with Johnson, said that he started to see the third-year defensive back become more comfortable in Lovie Smith’s Tampa 2 scheme.

“He’s become more comfortable in the system,” said Reid. “You’ve got to remember, this is his second year playing safety. A lot of times your biggest growth is after you have a full year in and you come around in the second time around, things start to make sense a little bit better and a little bit easier, and you’re able to build a little bit more. You’re starting to see that happen.”

It happened again. Can it happen for a third time?