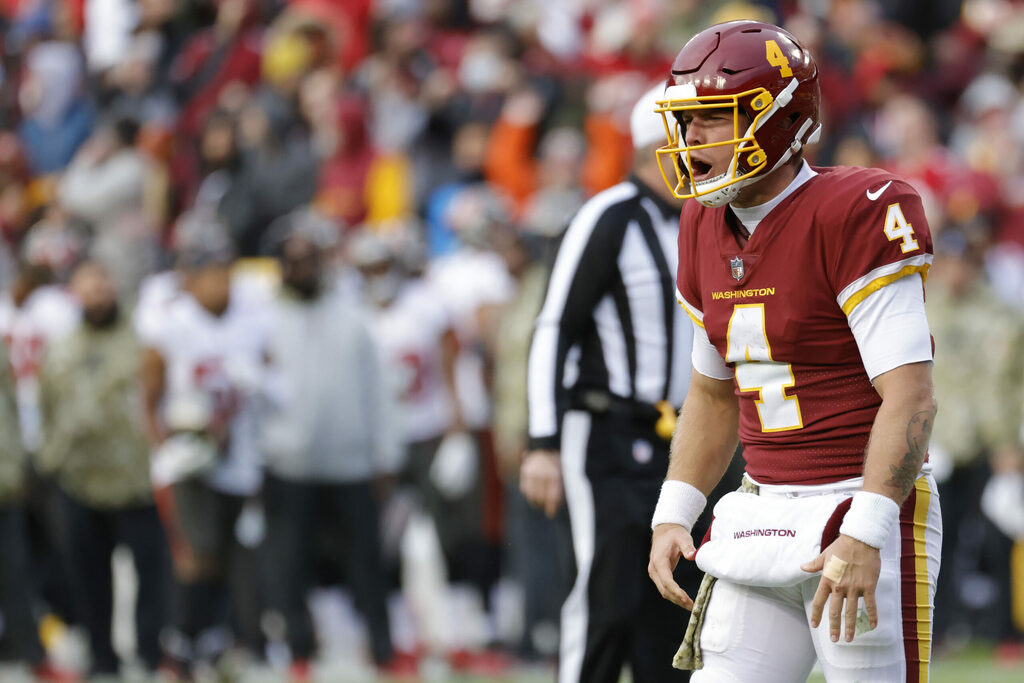 The Carolina Panthers got off to a fast start in their Week 11 game against the Washington Football Team. Quarterback Cam Newton led the Panthers down the field before he found wide receiver D.J. Moore for a touchdown and an early 7-0 lead.

Taylor Heinicke and Washington had a chance to answer but went three-and-out on its opening possession.

This time, the offense took advantage.

Heinicke led another impressive drive into Carolina territory and capped things off by throwing a dart to wide receiver Cam Sims to tie the game.

TAYLOR WITH THE DART

It was quite the throw from Heinicke.