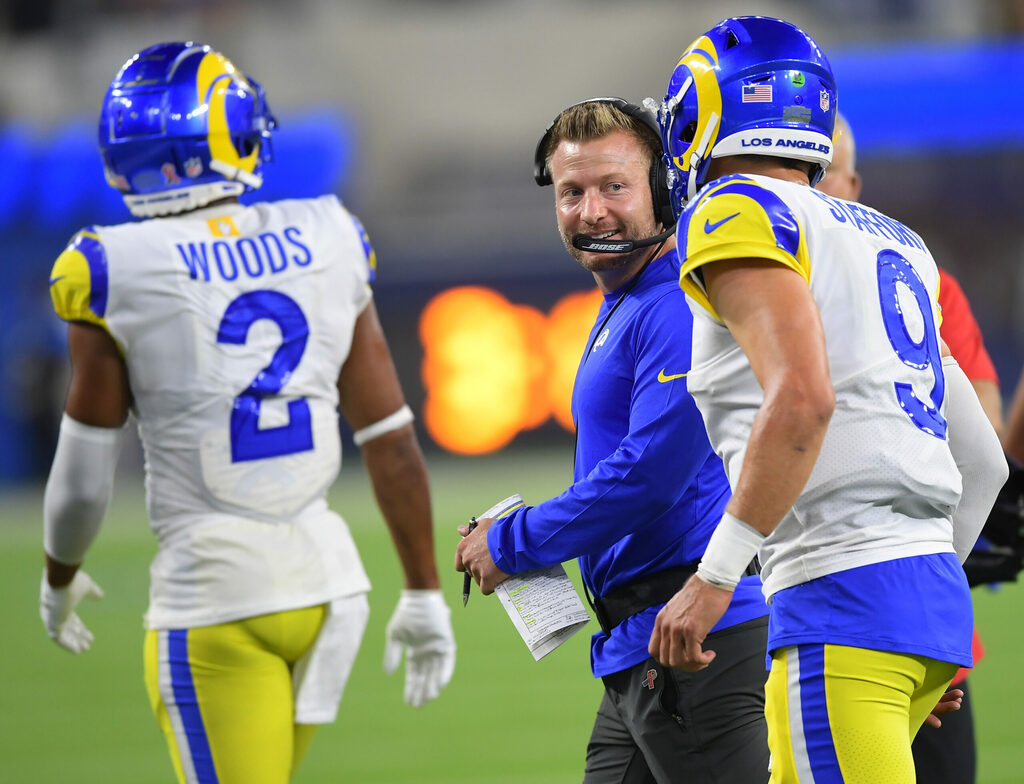 Sean McVay led his team to a season-opening win over the Chicago Bears on Sunday night, with the Rams leaving SoFi Stadium 1-0 after a 34-14 victory. Following the game, McVay does what he does each week no matter the result: He gave a speech to his players in the locker room, often showing a lot of emotion in it.

He was rightfully fired up after the Rams’ 20-point win over Chicago, giving it up to his players for winning their first game with fans in the stands at SoFi. He then handed out game balls to Stan Kroenke and Matthew Stafford, who was exceptional in his debut with the team.

After getting his game ball, Stafford broke down the huddle and sent the Rams home happy with a 1-0 record.

Inside the locker room after the first W in front of our fans! pic.twitter.com/b1xpJTilqv

Up next for the Rams are the Indianapolis Colts, who they’ll play next Sunday at Lucas Oil Stadium.