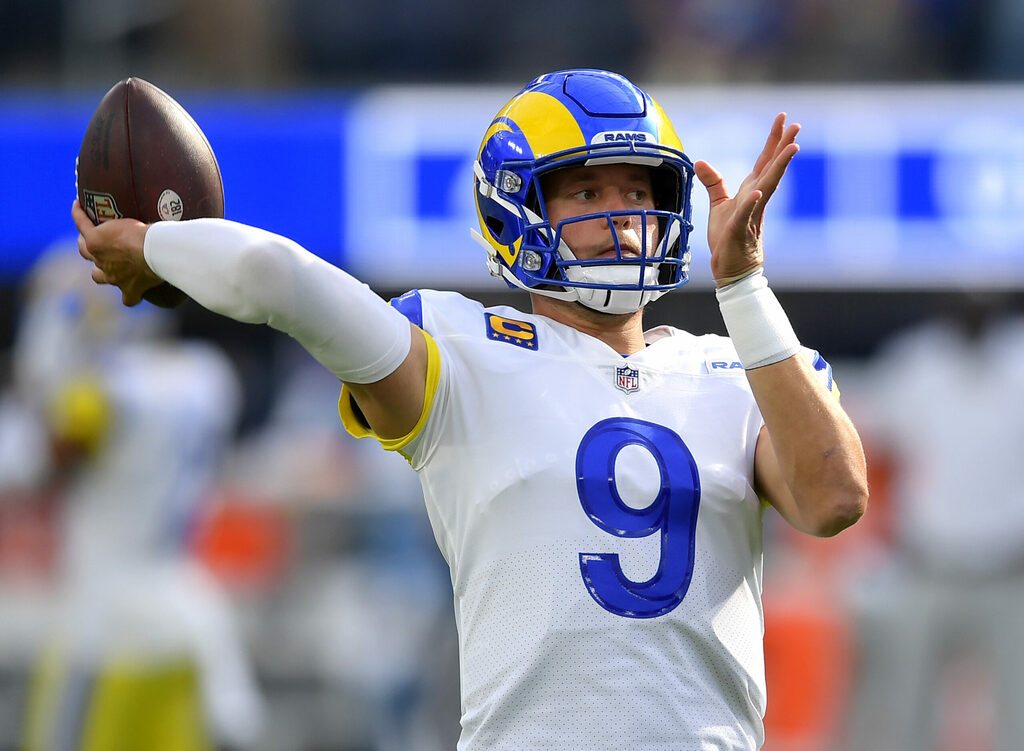 Well, that didn’t take long. One minute and 18 seconds into his first drive as a member of the Rams, Matthew Stafford threw his first touchdown pass. And boy, was it a pretty one.

After a 6-yard run by Darrell Henderson and a 7-yard pass to Tyler Higbee, Matthew Stafford uncorked a deep ball to Van Jefferson, who was wide open behind the Bears defense.

Jefferson hauled it in and stumbled to the ground, but he remained untouched so he scampered into the end zone for a 67-yard touchdown. Talk about a welcome to Los Angeles for No. 9, connecting on his first deep pass of the year.

This Stafford guy can SLING IT 🎯

Downfield throws were almost non-existent in the Rams offense last season under Jared Goff, and it took just over a minute for both Sean McVay and Matthew Stafford to show what they’ve been up to this offseason.