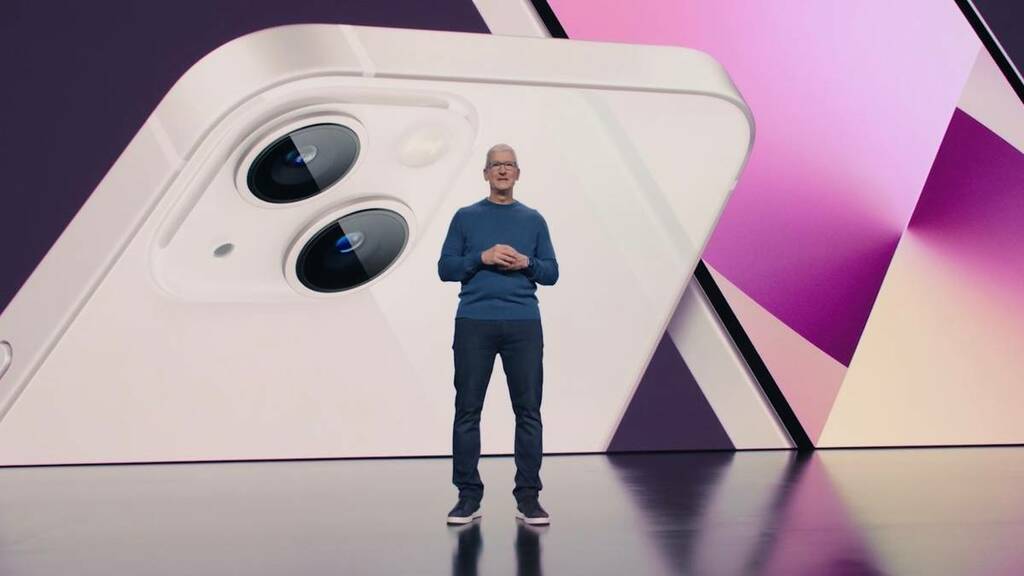 Apple's 'California Streaming' event (re-watch it above) featured a new iPhone that runs to $2799 with its most fully-tricked out model, which doubles onboard storage to 1 terabyte, plus a new Watch, the ninth-generation iPad and the fifth-generation iPad Mini.

The new iPhones 13 line also gets what the company bills as its "biggest camera enhancement ever", but other changes - like better battery life, a faster processor and a smaller "notch" on the top of the display are evolutionary rather than revolutionary (more on the new iPhones below).

Apple CEO Tim Cook began the livestreamed event at 5am NZT by confirming a new iPad - retaining the same design, including a home button (unlike the iPad Air or Pro), but with a bump in processing speed.

NZ pricing for the new iPad starts at $569, with Wi-Fi + Cellular models from $789. Orders open today with availability from September 24.

Then came the completely-redesigned iPad Mini, with slimmer bezels and no home button (although it does have a Touch ID sensor in the sleep/wake button). The new model has an 8.3-inch display, can shoot 4K video, and swaps previous' models' Lightning connector for a USB-C jack.

The iPad Mini costs from $849, with Wi-Fi + Cellular models (now including 5G) starting from $1099. Orders are from today, with availability from September 24.

Next up was the Apple Watch Series 7, featuring a more rugged and 20 per cent larger display than the Series 6 while "barely affecting" the overall size due to smaller bezels, and 33 per cent faster charging.

The Series 7 will be released later this year. NZ pricing has yet to be announced.

Then came the main event, the iPhone 13, featuring a smaller notch on the top of its front display.

As with the iPhone 12, the entry-level iPhone 13 will come in two versions: the 6.1-inch "regular" model and the smaller 5.4-inch iPhone 13 Mini. The screen is still an OLED panel, the sides still aluminum sandwiched between two slabs of glass.

But unlike the iPhone 12, which saw a substantial redesign, the iPhone 13 has the same broad look as last year's model, just with a slimmed-down Face ID notch that's 20 percent smaller, meaning it'll take up less space at the top of your phone. It's not quite the minimal look that hole-punch displays offer on Android, but it's a nice-looking improvement.

There's also a more powerful processor: the A15 Bionic, which Apple says is faster and more power-efficient than last year's A14 Bionic chip. It's still a 5nm chip and still a 6-core CPU (with two high-performance and four high-efficiency cores) — but Apple says it's the "fastest CPU in a smartphone," up to 50 percent faster than the competition.

The iPhone 13 Pro (6.1in display) and iPhone 13 Pro Max (6.7in) have new macro photography features and come in a new "Sierra Blue" option.

And where previous Pro models have topped out at 512 gigabytes (GB) of onboard storage, the new models double that to 1 terabyte (TB).

Apple says the iPhone 13 Pro and Pro Max feature the "biggest camera enhancement ever" with photography features including:

Like the Pro models of the iPhone 12, the iPhone 13 Pro and Pro Max have a stainless steel finish.