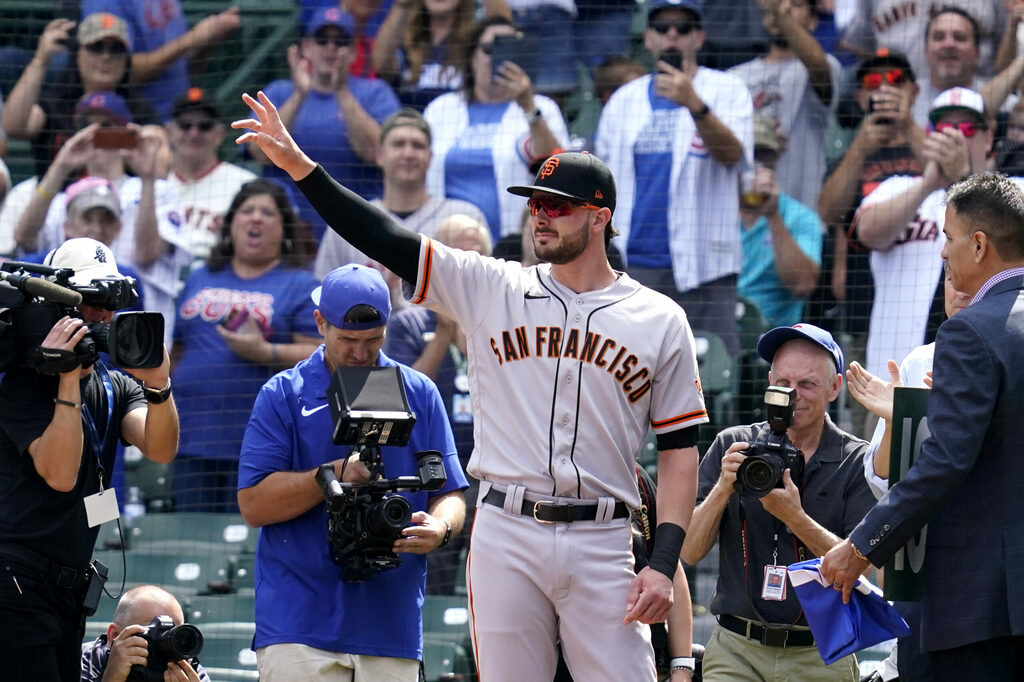 For 833 games, Kris Bryant called Wrigley Field and the Chicago Cubs home. On Friday, however, Bryant stepped onto the field at Wrigley as a member of the opposing team for the first — and sadly not the last — time.

Friday’s afternoon game was Bryant’s highly-anticipated return to Wrigley Field since being traded to the San Francisco Giants at the end of July. Bryant’s exit from the Cubs was quite the emotional affair, but his return to the city and the fans he once won a World Series for absolutely tugs at the heartstrings.

Here’s how Bryant was greeted by his former teammates and fans at the start of Friday’s game.

During the Cubs lengthy tribute, Bryant was overcome with emotion and was seen wiping away tears in a moment that clearly meant a lot to him.

Kris Bryant breaking down at Wrigley in a Giants uniform is the saddest thing you’ll see today pic.twitter.com/9Nk9n3Kj1z

Unfortunately for Bryant, his first at-bat against his former team ended in a strikeout at the top of the first.

Kris Bryant's first AB back at Wrigley Field is a strikeout to Kyle Hendricks. pic.twitter.com/ZQW1QOqZvx

In his pregame comments to the media, Bryant talked about trying to take the special moment in alongside the fans who used to cheer for him for nearly seven years.

Kris Bryant: “I’m not the best at soaking up big moments. But I hope I can find a way to really take it all in. Today I'm in left field. I’m super pumped for that. Its going to be nice running out there and listening to fans all game.”

It was a moving day for Cubs fans and Bryant alike, so here’s more of the scenes from a momentous game at Wrigley Field.