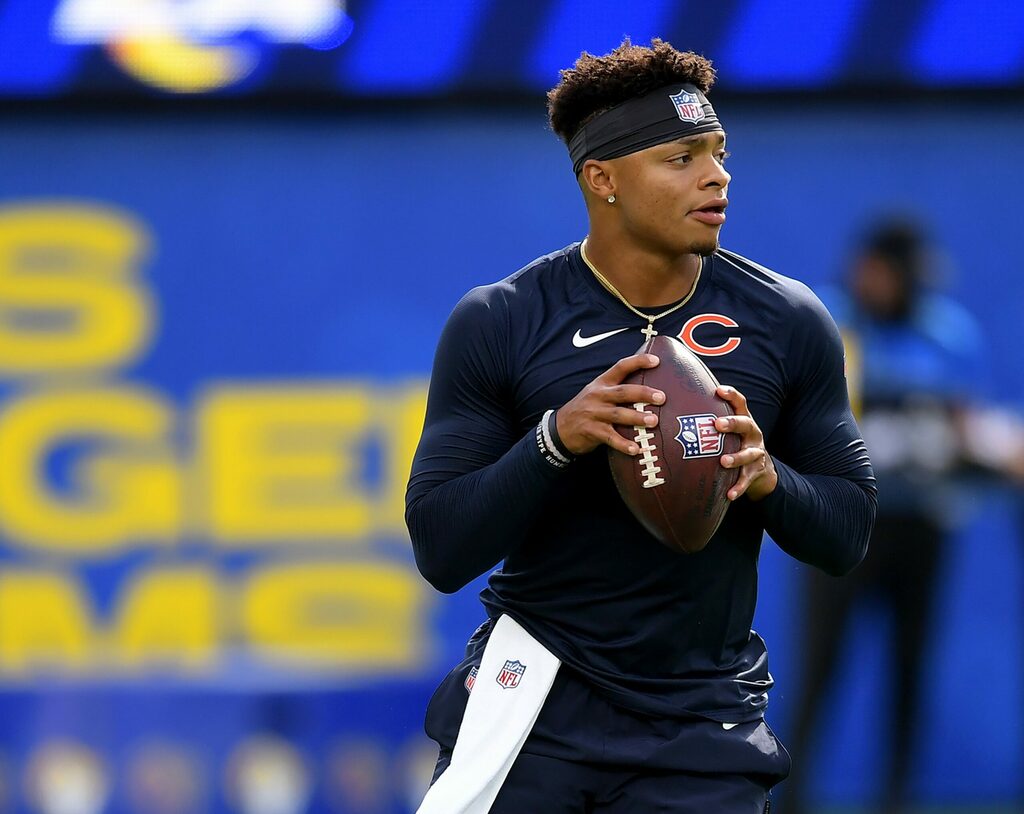 Former Ohio State and current Chicago Bears quarterback Justin Fields has officially broken the seal on scoring a touchdown in the NFL.

Fields didn’t start the game and isn’t getting a whole lot of time under center, but the team has picked its spots to get him in the game as a change of pace threat from the quarterback spot. And that’s exactly what happened in the third quarter with the Bears down 20-7.

Fields took the snap on first and goal from the three-yard line, faked the handoff, and went around the right side of the line, then knifed his way into the endzone for his first career NFL touchdown.

It was a beautiful thing and hopefully one of many touchdowns he’ll score in a very long and productive NFL career.