Jordan Spieth has had a love–hate relationship with water during his PGA career. On Saturday’s third round of the PGA Championship, the water was on the 28-year-old’s side.

On the 12th hole, Spieth’s tee shot landed by a tree. It looked pretty difficult to place the ball any where near the green.

Spieth then did “Jordan Spieth things” and miraculously put the ball just short of the green. But, it was the water hazard that ended up saving the day for Spieth. His ball skipped across the water so that it could land on the fairway.

He still bogeyed the hole, but at least he didn’t end up with an extra stroke due to his ball landing in the water. Spieth ended with a +4 round on Saturday, putting him at +5 total tied for 45th as of Saturday afternoon.

This isn’t the first time the three-time major winner (he’s just missing a PGA Championship title) has skipped the ball on water. Spieth famously did this in 2018 on the 16th hole at Augusta National.

However, Spieth has also had his fair share in bad luck when it comes to water hazards. During the 2016 Masters, Spieth led for the majority of Sunday’s round, until he hit two consecutive balls into the water on Hole 12. He lost to Danny Willett that year, making him unable to defend his 2015 title. 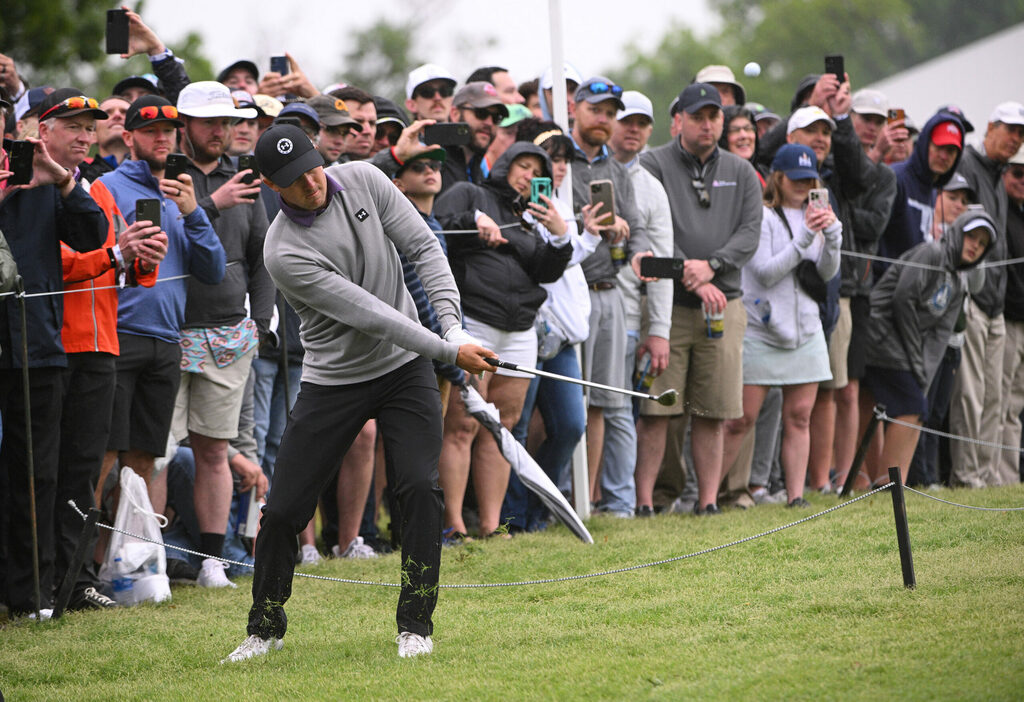 Jordan Spieth is a wizard.