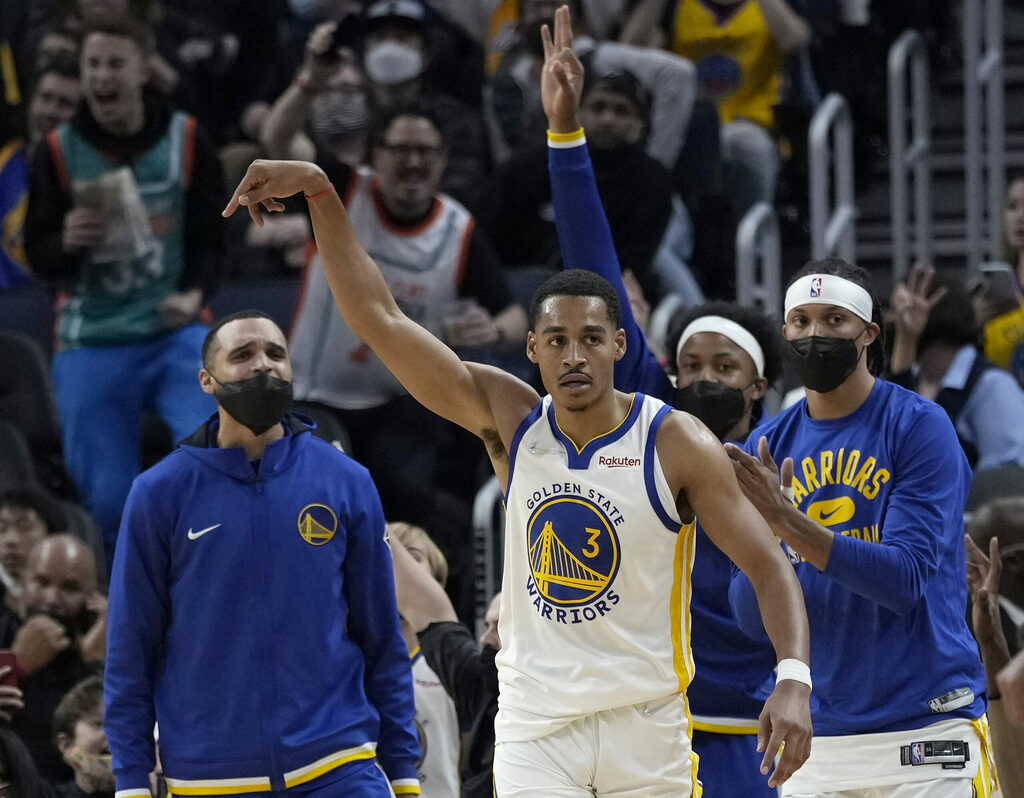 As the preseason continues to roll for the Golden State Warriors, so does the Jordan Poole experience. With each game in the 2021 preseason slate, Poole has been busy with a flurry of impressive plays.

On Friday against the Los Angeles Lakers at Chase Center, the third-year guard recorded a highlight reel moment. With Wayne Ellington guarding him, Poole danced with his handle to get open for a nasty step-back 3-pointer over the Lakers’ defender.

During a thrilling 28-point performance, the Michigan product got hot from long-distance, drilling six 3-pointers on 13 attempts from beyond the arc. Poole added three rebounds, two assists and two steals in 25 minutes.

Behind Poole and 30 points from Steph Curry, the Warriors coasted to a 121-114 win over the Lakers. Golden State currently has a 3-0 record in the preseason, with a rematch against the Lakers scheduled for Tuesday at the Staples Center.