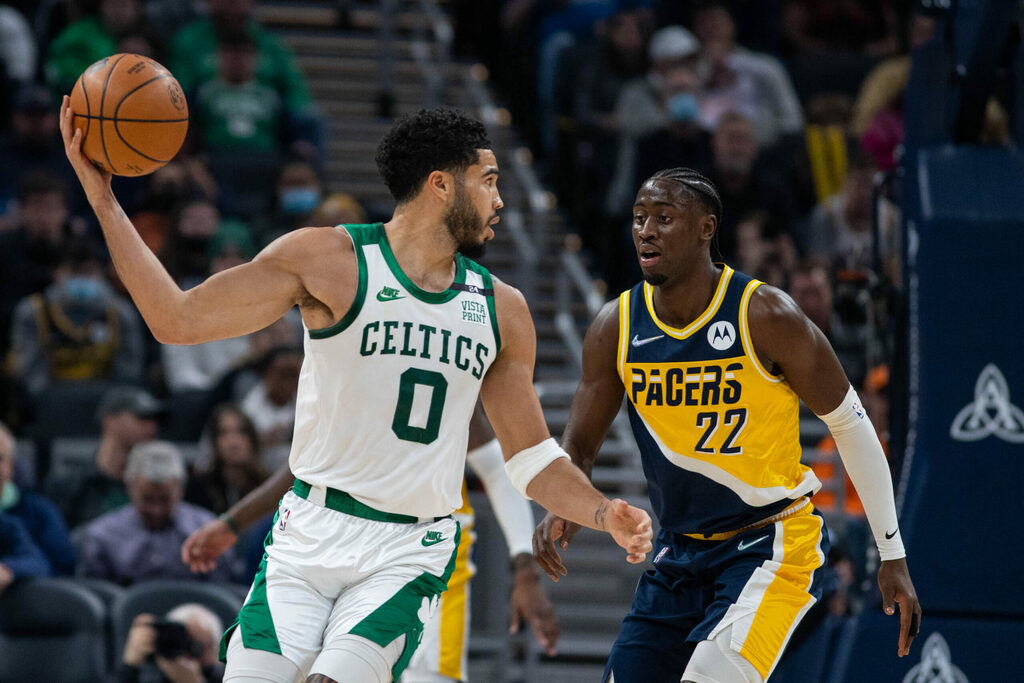 For some time now, a narrative has grown that Boston Celtics star forwards Jaylen Brown and Jayson Tatum can not play well together — yes, apart from the evidence gleaned in multiple runs to the Eastern Conference Finals, evidence be damned — with the media attention dialed into Boston’s recent struggles enough that the duo have both addressed the press on the narrative multiple times in the last several weeks.

Now, on a three-game winning streak including a pair over the Indiana Pacers, we have yet more evidence that this narrative is a lazy one after Tatum and Brown hung a combined 67 points on Indiana Wednesday night.

Hosts of the CLNS Media podcast “The Garden Report” talked about the Jays’ play together against the Pacers, and how head coach Ime Udoka seems to be running plays that help the pair get mismatches.

Watch the clip embedded above to hear what they think about the team’s recent play, and Tatum’s and Brown’s in particular.