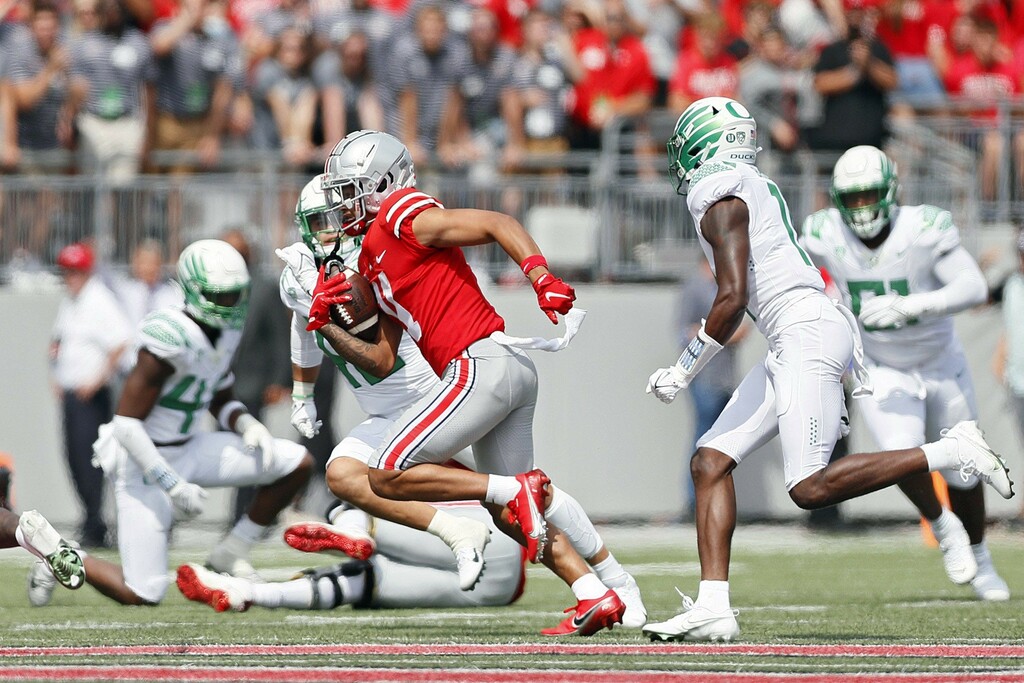 There’s a barn burner going on in the Horseshoe and the Buckeyes are trying to claw their way back into a winning scenario against Oregon. The Ducks have been a step ahead of the scarlet and gray seemingly all game, but OSU has stayed in touch and is looking to find a way to win it at the end.

The latest play to cut the lead to seven points was Jaxon Smith-Njigba’s second touchdown catch of the day, a 15-yarder on fourth and six with the game in the balance.

It was Stroud’s fourth touchdown of the day through the air in one whale of a performance for the freshman. He’s torched the Oregon offense for over 400 yards so far.

We have a one score game in Columbus 👀 pic.twitter.com/apj6fkCA8x

There’s still a lot of work to do for the Buckeyes, but offensively it sure seems like the Buckeyes have it cooking.