Offering a scorching rebuke of what he called the “woke right,” U.S. Rep. Dan Crenshaw, R-Houston, continued to distance himself from some firebrand conservatives, accusing them of helping to sow manufactured division in the party.

In an interview with The New York Times’ Jonathan Martin for The Texas Tribune Festival, the two-term congressman admonished “alt-right” politicians and their supporters for wanting “to wear a jersey and just scream at the other side.”

“They remind me of the far left more than anything,” Crenshaw said. “If the first words out of their mouths are ‘RINO’ and ‘establishment’ and ‘globalist,’ rest assured they are not very thoughtful and they are probably about to lie to you. I’m just sick of it.”

Despite what he said were inauthentic divisions in the party, Crenshaw said conservatives “have never been more aligned ideologically.”

While Crenshaw stopped short of pointing fingers at specific members of his party, Martin suggested provocative Rep. Marjorie Taylor Greene, R-Georgia, whom Crenshaw has feuded with in the past, as an example of the reactionary Republicans the congressman was dinging in the interview.

While lawmakers like Greene continue to be “contrarian,” Crenshaw said, House leadership has fewer and fewer ways to contain them. Instead, he said, the illusion of a controlling GOP apparatus is exaggerated.

“They don’t have many tools, there is no establishment,” Crenshaw said. “It is a myth perpetuated by people like her.”

Crenshaw said social media plays a pivotal role in how those politicians are able to fight for and maintain the attention of voters and the media.

At #TribFest22, @DanCrenshawTX says a key feature of the “woke right” is “contrarianism over principle.” pic.twitter.com/pu60F0LEaP

“They don’t write any actual legislation, they won’t negotiate anything,” Crenshaw said. “It’s just fire and brimstone all of the time. You’re incentivized by extra clicks, and you get extra clicks by engaging in rank dishonesty and conspiracy.”

To the extent there is genuine division among Republicans, Crenshaw said those differences have bled into how people in the party view former President Donald Trump and his potential bid for election in 2024.

“I think there’s just mixed feelings,” Crenshaw said. “I hear from voters and donors and activists all of the time — they really love Trump. But they won’t necessarily say they want him to run again.”

For his part, Crenshaw said he welcomes every Republican who wants to run in the 2024 primary and took his name out of the hat for both the White House and Senate, saying he would not run for either in two years.

Disclosure: The New York Times has been a financial supporter of The Texas Tribune, a nonprofit, nonpartisan news organization that is funded in part by donations from members, foundations and corporate sponsors. Financial supporters play no role in the Tribune’s journalism. Find a complete list of them here. 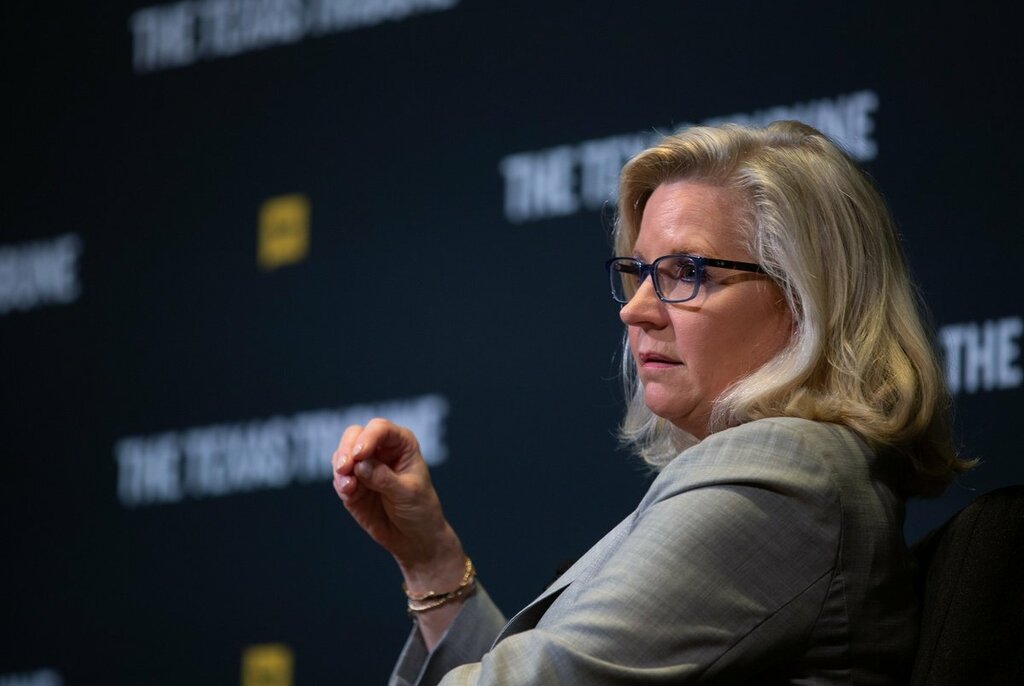 Liz Cheney says she will do whatever it takes to keep Donald Trump from the White House, even if it means leaving the GOP
The top Republican on the House Jan. 6 committee urged voters to prioritize preserving democracy over policy differences during this…

The Texas Tribune
From analysis to the latest developments in health, read the most diverse news in one place.
Ahead of the 2023 session, Texas lawmakers previewed their objectives. Here are five things you need to know.

Texas lawmakers on both sides of the aisle talked schools, abortion and guns in advance of next year’s session in…

“If he is the nominee, I won't be a Republican."

Benzinga
One place to find news on any topic, from hundreds of sites.
House GOP deploys a 2023 agenda it can use in November

Republicans say their "Commitment to America" is a guide to a future majority. Key provisions were tested to serve as…