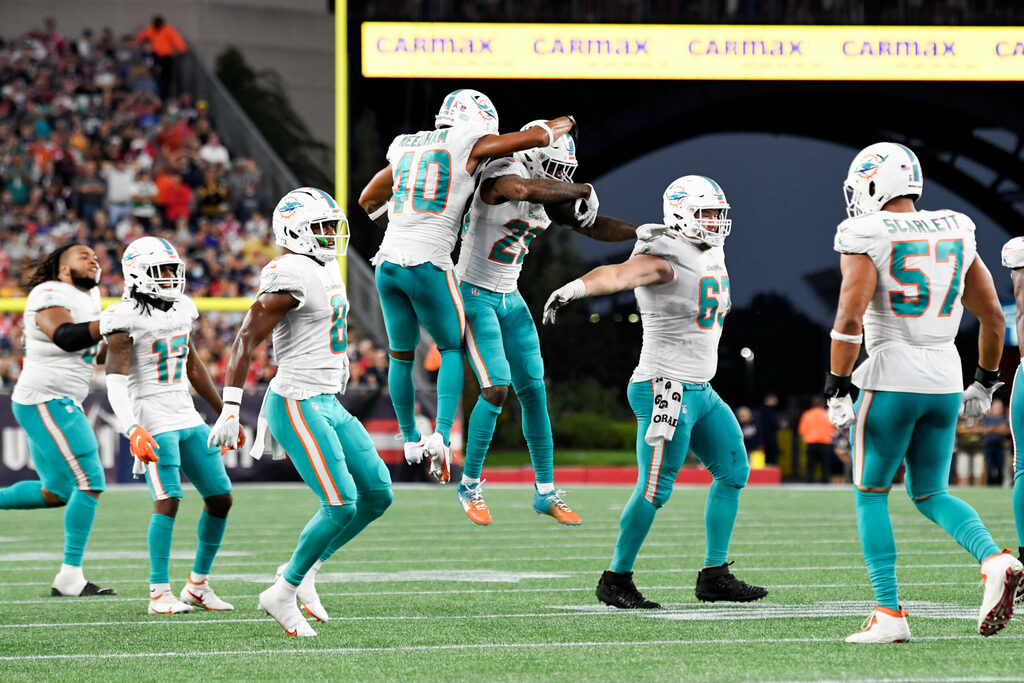 “Does any defense in this league do more than the Dolphins?”

If it’s coming from NFL Network’s Brian Baldinger, you can certainly take that question as the ultimate compliment. The Miami Dolphins faced a rookie quarterback in Week 1 of the 2021 NFL season in Mac Jones — and promptly welcomed him to the big leagues by keeping him under pressure and forcing him to take shallow completions repeatedly before rallying to the football to tackle in space.

It proved to be a winning formula for Miami despite some late-game magic along the way.

And now that the game itself has come and gone, film junkies like Baldinger are getting their chance to sink into the game. And as it pertains to the Dolphins’ defense, Baldinger likes what he sees. You can watch him narrate several plays from Miami’s Week 1 victory below:

.@MiamiDolphins defensively can play any style and play it with acute discipline. Hard group to prepare for; even tougher for a QB making his 1st start. #BaldysBreakdowns pic.twitter.com/7g0hiUutH0

“You can’t put your American Express card between these guys. Like, they’re so tight on them.”

Go ahead and try to think of a better description of man on man coverage. We dare you.

Entering into Week 1 of NFL action, the general perception was that the Dolphins had a strong talent advantage with their cornerbacks against the Patriots’ wide receivers — and that the team could use that to their advantage to flood the middle of the field. Sure enough, Miami’s secondary was up to the challenge against New England and that allowed players like SAF Eric Rowe to roll down into the box to help fit up the run.

The game plan fit several key pieces of the puzzle together that would ultimately go on to create the winning formula for Miami. And, if you ask Baldinger, it can continue to be a winning formula all around for Miami on defense.