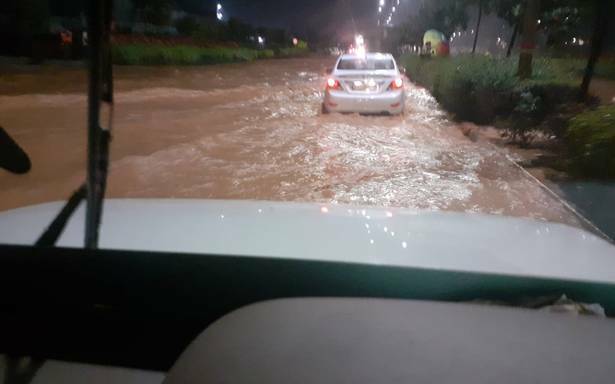 October 11 was a nightmare for air passengers in Bengaluru. Following a sudden downpour, roads leading to the airport were flooded. Many taxis could not reach the terminal. The situation was so bad that some passengers had to rope in a tractor to reach the departure terminal.

Passengers arriving in Bengaluru were in for a big surprise as they were unable to step outside. They had to wade through muddy water with their luggage to take a taxi or board a bus to the city.

Dr. Geeta Agnihotri, scientist and head of Meteorological Department in Bengaluru, told The Hindu that 178.3 mm of rainfall was recorded at the airport in 24 hours. “The observatory at the international airport started functioning in 2011. Since then, the highest rainfall recorded in the premises was on October 11.”