Washington secures No. 11 overall pick in the 2022 NFL draft 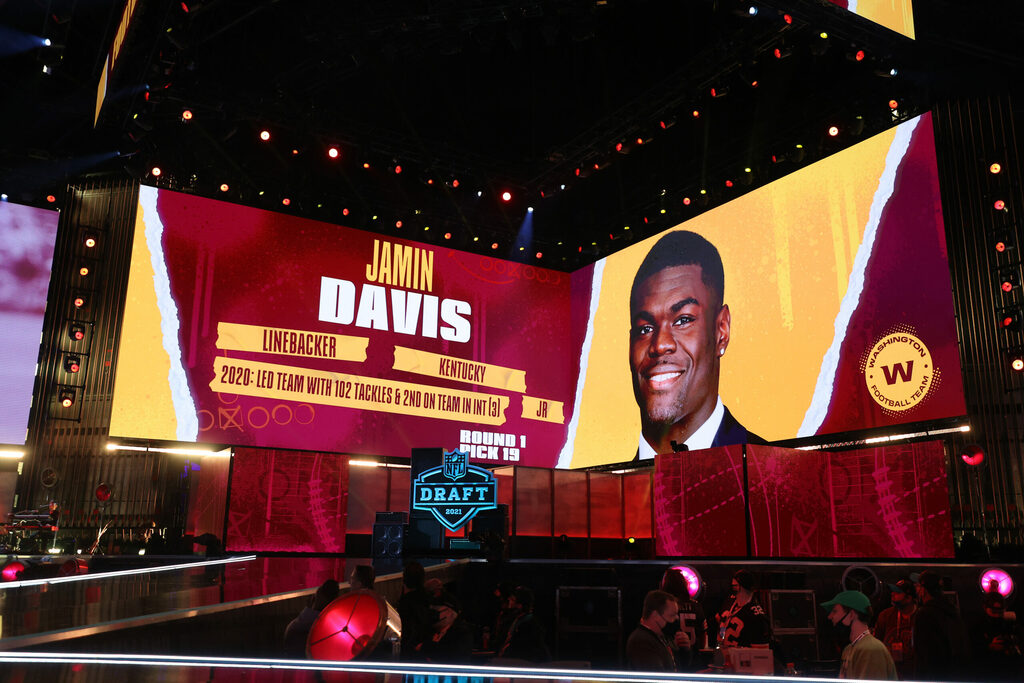 The 2021 NFL regular season is now complete; the 2022 NFL draft order is set for those teams who did not make the playoffs. That includes the Washington Football Team.

After Sunday’s win over the Giants, Washington fell one spot in the draft order and will pick No. 11 overall in the 2022 NFL draft.

Washington still has a shot at one of the better quarterbacks in the NFL draft, if that’s the goal. Or, if Washington needs to move up for a quarterback, it shouldn’t need to give up too much to make a move.

Washington’s front office was busy throughout the 2021 season on the road scouting all of college football’s top passers and will likely be present at the Senior Bowl, where some of the top prospects will participate.