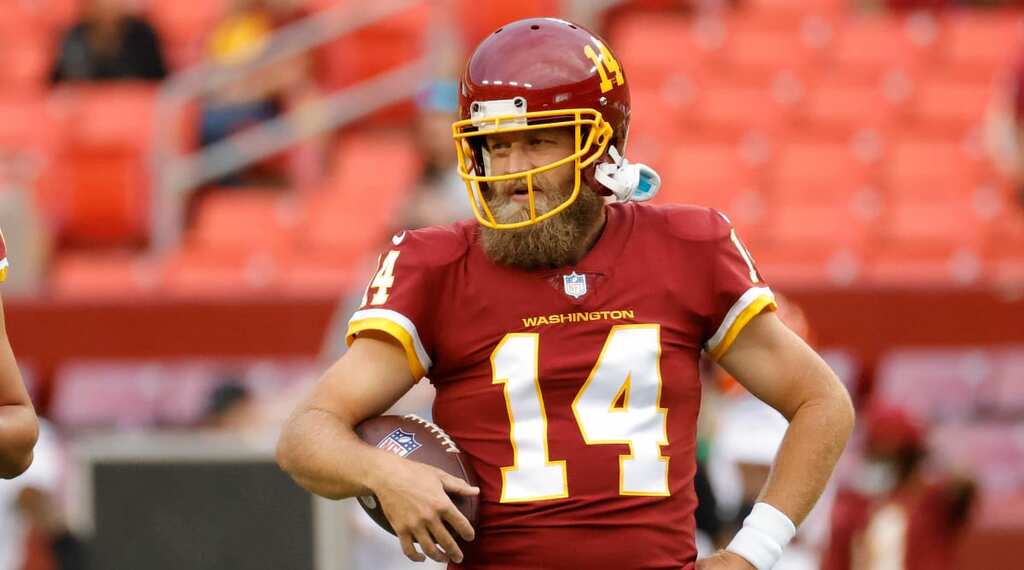 Washington quarterback Ryan Fitzpatrick has been knocked out of Sunday's matchup against the Chargers in the second quarter with a hip injury.

Fitzpatrick, playing with his ninth NFL team, will not return, according to the Washington Football Team. He had completed three of six passes for 13 yards before exiting the game.

With nine minutes left in the second quarter and Washington down 10–6, Fitzpatrick was hit by Chargers linebacker Uchenna Nwosu as he released a throw. The 17-year NFL veteran immediately grabbed his side before being helped by the training staff.

Taylor Heinicke, in his first full season with Washington, entered the game for Fitzpatrick. The 28-year-old undrafted quarterback was completing his degree at Old Dominion last December when he was signed to the practice squad.

After an injury to Alex Smith and Dwayne Haskins﻿'s late-season struggles, coach Ron Rivera turned to Heinicke last season as he started the wild card loss to the Buccaneers, completing 26 of 44 passes for 306 yards and a touchdown. He signed an $8.75 million, two-year contract over the offseason.