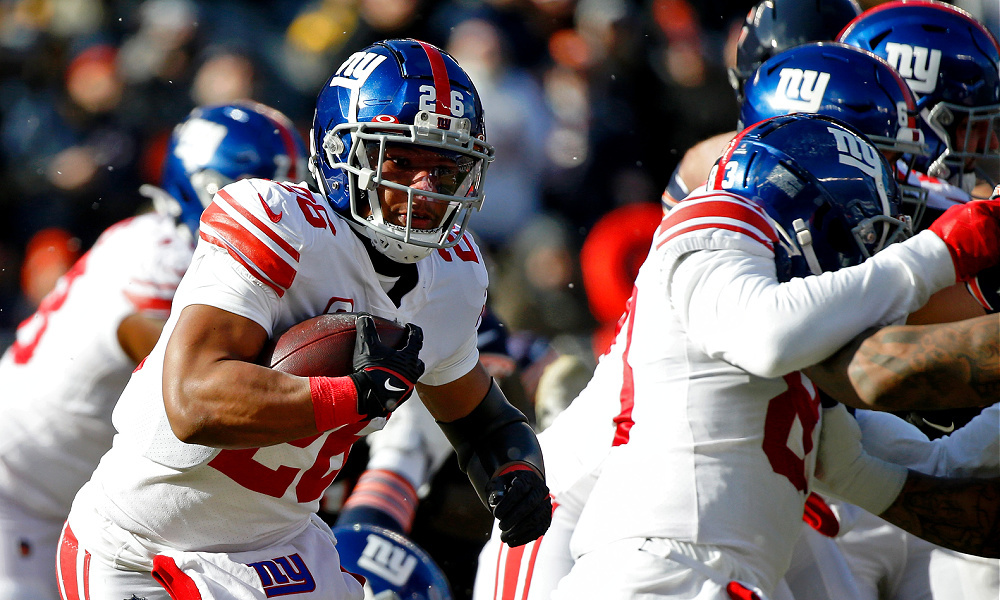 Washington at New York Giants How To Watch

– All of the CFN NFL Predictions

Why Washington Will Win

The offensive line is a bit of an issue, but for the most part the Football Team is a full go for the finale.

It’s not playing for the playoffs, but on a four-game losing streak there’s a whole lot of auditioning being done.

The offense hasn’t been great, the defense has crashed, and …

New York is the perfect tonic for a struggling team.

Jake Fromm is under center for the Giants for a passing game that came up with -6 yards against the Bears last week and hasn’t hit 200 yards since November 1st.

Washington won’t need to take any chance – it’s going to run, be conservative early, and let the defense do the rest.

Why New York Giants Will Win

Saquon Barkley – let’s do this.

The Washington defense really has been fine for most of the season, but the run D couldn’t handle Philadelphia or Dallas over the last month – WFT played the two division rivals twice.

The offense isn’t going to be turned over to Fromm to do anything more than try to move the chains on key downs. This has to be all about the Giant running game that moved a bit on Chicago last week and has to take over from the start.

Barkley continues to have ankle issues, but in the final game of the season this needs to be his statement for 2022 – to try finding something positive about a bad situation.

Washington will get past the problems of the last few weeks against the Eagles and Cowboys with a balance offensive performance against a hurting Giant team that fell off the map against the Bears.

New York will put up a fight at home in the finale, but the team is a mess. The Football Team will for 150 yards and take over the game late with two interceptions.

– Predictions of Every Game