Was Red Bull right to use F1 team orders in Spain?

While it was a great day for Red Bull, it was not without some internal tension as it used team orders twice during the race, asking Sergio Perez to move aside for Verstappen.

Perez told Red Bull it was "very unfair" when he was asked to let Verstappen through for the lead entering the closing stages of the race, and that he would want talks to discuss the decision.

Red Bull explained that the cars were on vastly different strategies, making it sensible to ensure Verstappen was not held up, but it nevertheless reignited the debate about number one versus number two drivers at F1 teams.

In the latest edition of Paddock Packdown, Autosport F1 Reporter Luke Smith is joined by Autosport F1 Editor Matt Kew in Barcelona to discuss Red Bull's use of team orders, whether it was the right call, and how the balance of power has now shifted in this year's title race. 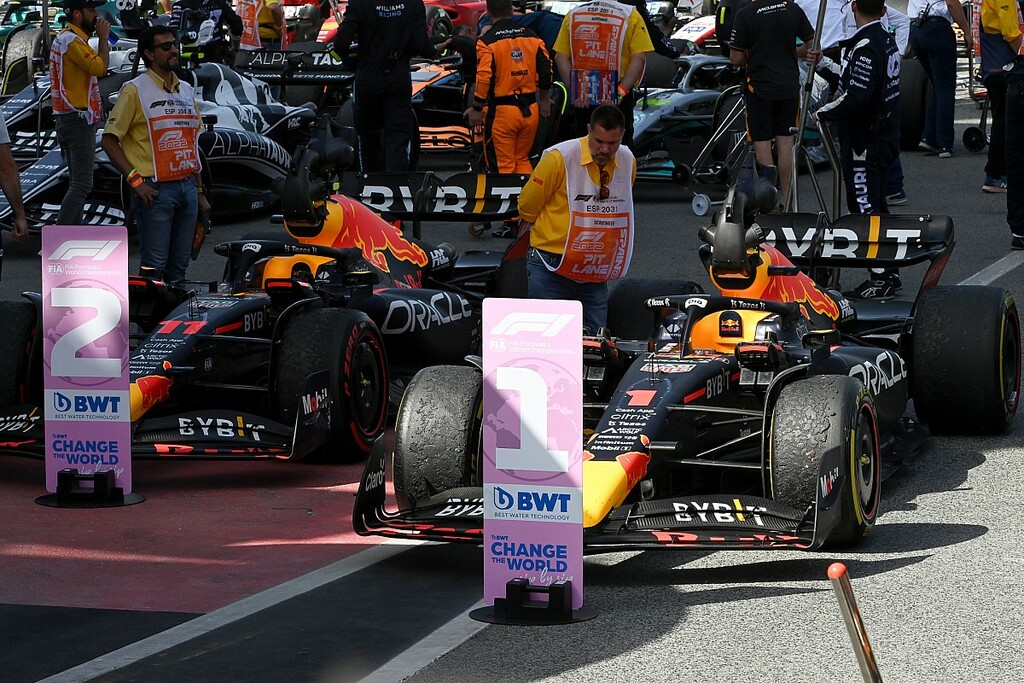 Was Red Bull right to use team orders in the Spanish GP? | Paddock Packdown
Max Verstappen fought back from an early spin and a DRS issue to reclaim the lead of the Formula 1…