Steve Kerr said he didn’t want action against gun violence to end after his impassioned plea in Dallas following the mass school shooting in Uvalde.

“All I know is they all want gun violence to go away, so we just need to get our public servants to respond to what we all want. I don’t know how to do that but we’re going to try”

A longtime advocate for gun control, Kerr said he had numerous people contact him after his “enough is enough” comments before Game 4 on Tuesday in the wake of the shooting at Robb Elementary School. Nineteen students and two teachers were killed along with the shooter.

“Most ask what they can do. I think that’s a real good question,” Kerr said. “So many people want to help and want to make an impact. I think what Miami did last [Wednesday] night was great on the scoreboard.”

After a moment of silence in the Eastern Conference finals against Boston, the Heat put a number on the main scoreboard urging fans to contact their senators “demanding their support for common sense gun laws.”

Kerr acknowledged that the issue has become a polarizing political issue and said it should be viewed as a public health issue.

“What I’m asking people to do is to get involved in their local communities,” Kerr said. “There’s lot of amazing gun safety, gun prevention groups out there. Call your senators, your representatives. It’s all very helpful.” 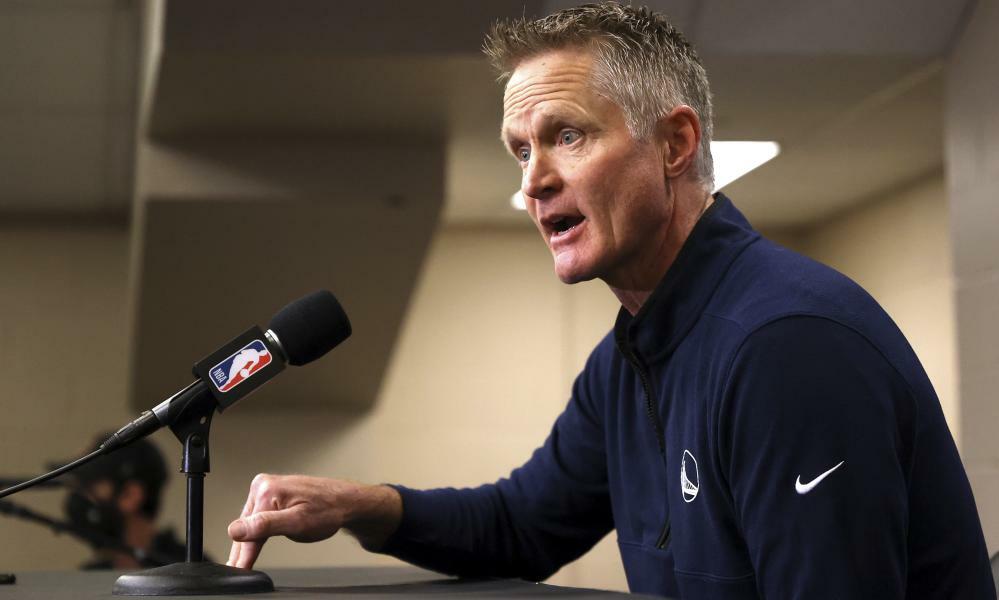