By By Peter Somerville 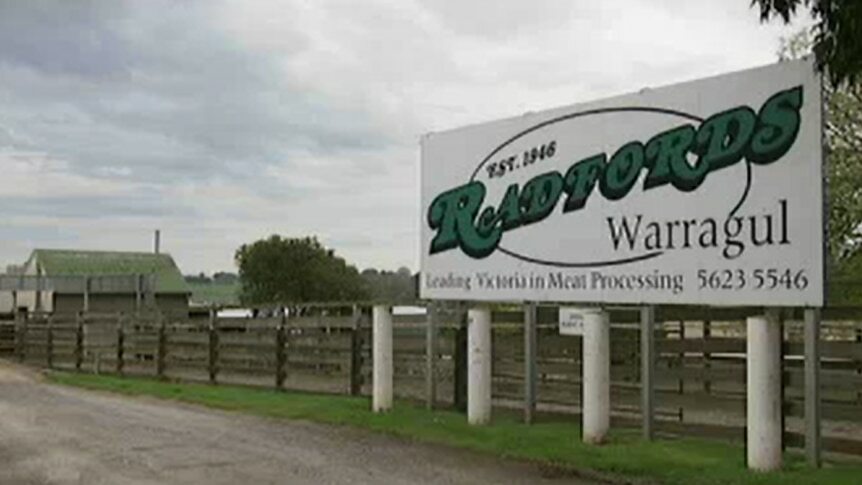 Radford's Warragul has confirmed it has suspended production, after two staff tested positive.

This comes as the active number of cases of COVID-19 in Baw Baw surpasses 100.

Authorities have identified two new exposure sites, at the Main Street Cafe in Warragul and the Neerim South Hotel.

The region is not in lockdown, but many businesses are closing regardless, as a precaution.

Last year abattoirs were a major point of concern during the pandemic. They continue to operate with a 20 per cent workforce reduction to try and slow the spread of the virus.

The Gippsland abattoir is yet to learn if it will have to remain closed for a fortnight after two men who work together and share a locker space at the abattoir tested positive.

One of the staff members worked at the abattoir on Thursday and Friday.

Radfords Meats chief executive Paul Scanlon says all staff who work on the production line have been ordered into 14 days of isolation and the plant could remain closed during that time.

"We instructed all of our staff to go and get tested over the weekend," Mr Scanlon said.

Mr Scanlon said the business was working with the Department of Health and Human Services to determine how long operations would remain suspended.

"We hope it's not going to carry on for that long, but that's the position of the DHHS at the moment. We continue to work with them on an hourly basis around options to shorten that length of time."

Mr Scanlon said Radfords Meats had organised for livestock to be processed at three other Victorian abattoirs today in a bid to ensure supply to its customers was not interrupted.

"We do a fair bit of business into Sydney into the wholesale markets up there. We've told [those customers] we won't be able to supply them mid-week," he said.

According to the latest figures, 91 per cent of people over the age of 15 in Baw Baw have received at least one dose of vaccine, and 62.7 per cent are fully vaccinated.

The Gippsland Region Public Health Unit says the majority of the 101 cases in Baw Baw are linked to known outbreaks.

"I'm not a huge social media fan, but there seems to be more and more sites reporting where [COVID-19 positive] people have been — normally that's a good indication of what follows more formally a day or two later."

Mr Weeks says the group is running a testing site from 8:00am-3:00pm Monday to Friday at Lardner Park, the site of the region's premier FarmWorld attraction.

"We encourage people to take a book, pencils and things for kids and snacks because it can be a bit of a wait," he said.

"We have more teams coming from Melbourne to help us.