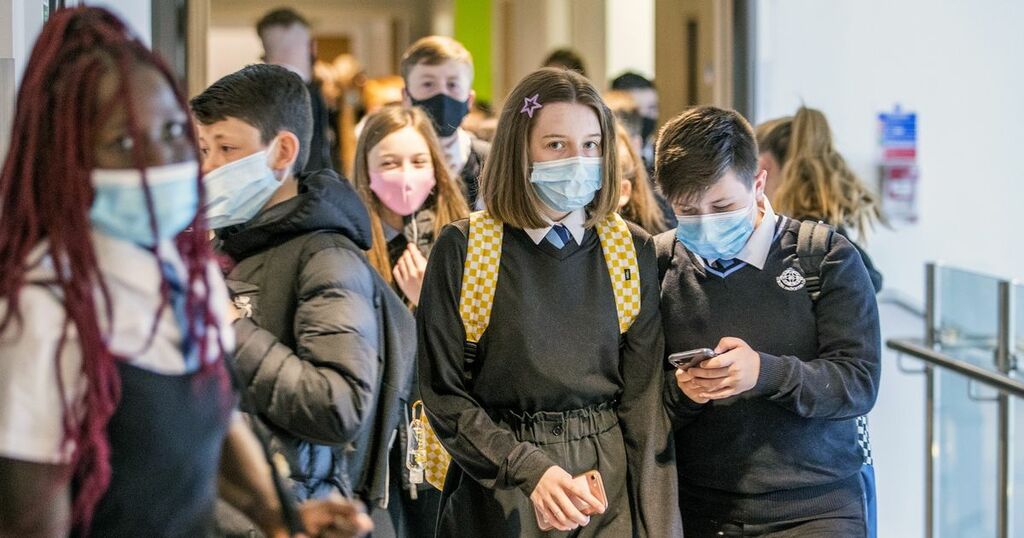 Schools are in ‘crisis’ as COVID causes staff shortages and pupil absences, education workers in Leeds and Yorkshire have said.

Helen Bellamy, a Leeds case worker from the National Education Union, said there had been a massive increase in the number of staff contacting the union with a wide range of concerns.

She said: “Staff are being asked to cover when they are already absolutely exhausted after the past 20 months they’ve had trying to deliver a curriculum for children who are in school and working from home.

Get more news about schools in Leeds here

“We’ve got some schools where we’ve got people who are classed as clinically vulnerable and they are in schools where there are not any CO2 monitors so they’re extremely worried that they are in classes and there aren’t safe levels of air flow.

“There’s a real issue with air being clean.”

She said: “It’s pretty chaotic, we’ve got lots of staff off, kids off with COVID. It’s what we predicted would happen, the virus is spreading very quickly.

“Headteachers are trying to find supply teachers but there are not many around, so it’s not a good situation to be in.”

According to the National Association of Head Teachers, over a third of schools are struggling to find supply teachers to cover classes while permanent staff are off with the virus, as the Omicron wave hits.

The general secretary of NAHT, Paul Whiteman, said: “Many schools are teetering on the edge and the next few weeks at least will undoubtedly continue to be an incredibly challenging time.

“School leaders are having to make difficult decisions whilst faced with conflicting priorities. The government’s clear priority that schools should be kept open is understood. The crisis in available resources will mean that school leaders and their teams will require the unflinching support of government to achieve this.”

With the NAHT criticising the government response, Sally Kincaid also said: “The government should have been intervening months ago. While air filters in the classrooms wouldn’t stop COVID it would reduce its spread.

“The government said they were going to give out 7,000 air purifiers out, that’s great but there are 300,000 classrooms in the country. School’s aren’t exactly awash with money, it would be half of the price of the Royal Yacht and if it means saving lives that would be much better than where we are at the moment.”

Under the current measures, primary school pupils are not required to wear masks in the classroom but, secondary schools pupils are.

Last week, some LeedsLive readers told us they were worried about more infections as children returned to school.

One parent said they were worried that classes would be merged if teachers were off, meaning children would get less help.

Others said they were concerned for teachers - especially those with pre existing health conditions - and whether a return to the classroom would put them in harm's way.

On Wednesday the government said it could cut the coronavirus isolation period to just five days, if the science supports it, in a bid to tackle widespread staff absences.

Schools minister Robin Walker said there had been “challenging levels of staff absence” in England’s schools, but he added they were “less” than had been projected.

His comments to MPs came after data published by the Department for Education (DfE) found that nearly 500 ex-teachers had signed up with supply agencies to help tackle staff shortages in schools.

The DfE has estimated that 8.6% of teachers and school leaders in England – around 44,000 of staff – were absent at the start of term last week.

Meanwhile, some 4.9% of teachers and school leaders were off school due to Covid-related reasons on January 6, up from 3.0% on December 16.

Follow the latest coronavirus news in our live blog here

When asked whether schools would remain open for the remainder of the year, Mr Walker told MPs: “This is an absolute priority for us.”

He added: “We want to do everything we can to support schools to remain open.

But Labour MP Ian Mearns said the number of former teachers who had signed up to help with shortages was a “drop in the ocean” compared to the “tens of thousands” of staff absences in recent weeks.

The minister also defended the number of air purifiers being allocated to schools, adding that most classrooms were “actually well-ventilated”.

He said: “It’s not a case that there are 350,000 classrooms out there which are desperately in need of these devices and would benefit from them.”

Mr Walker added that providing a device to every classroom would be a “very poor use of taxpayers’ money” and it could also be “disruptive” for schools.

The minister said that exams taking place this month gave him “confidence” that GCSEs and A-levels would be able to go ahead in the summer.