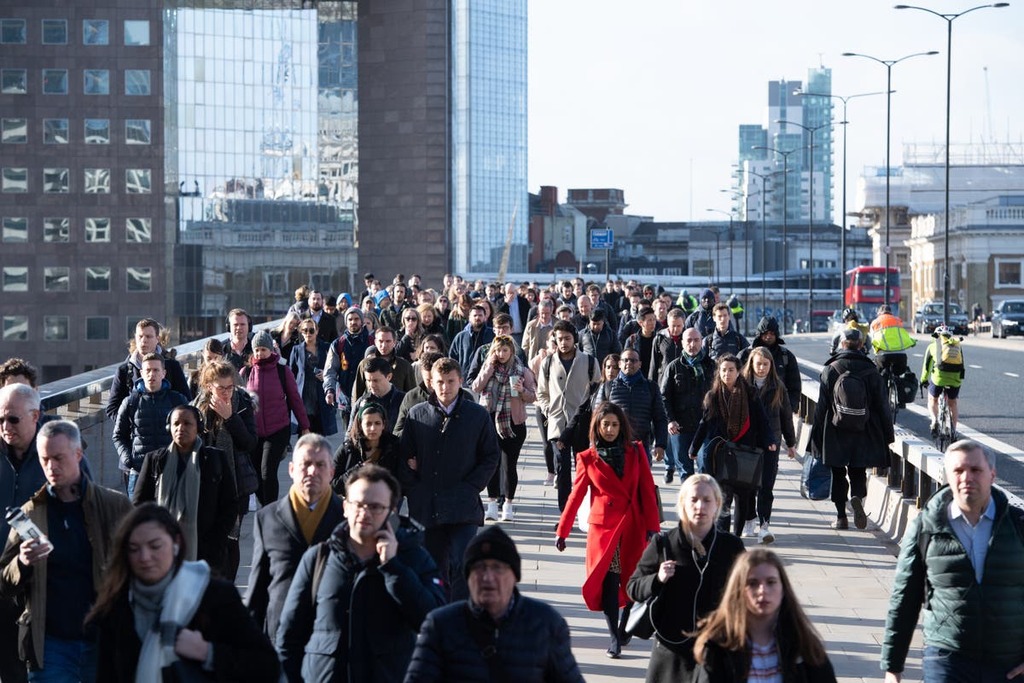 The latest employment figures may make for reassuring reading, but the numbers behind the headlines tell a different financial story.

Around 9 million people had to borrow more money than usual because of the pandemic, according to the Office for National Statistics (ONS).

The government’s furlough scheme, which has protected around 11 million jobs, is also due to come to an end soon, which is likely to cause unemployment figures to rise and see more people pushed into debt.

If your income has dropped, or you are short of cash, one answer is to use an Employer Salary Advance Scheme (ESAS).

They are also known as Earned Wage Access (EWA) schemes and have risen in popularity over the past year as workers find themselves unable to wait until the end of the month to get paid.

Often described as “wellbeing” schemes, they allow workers to access their wages early. It’s not possible to take all the money out, and most companies allow people to access up to 50 per cent of their regular salary early, for a small fee.

One of the most well-known companies in this space is Wagestream, which charges workers £1.75 to access up to 50 per cent of their wages before payday. It says employers subsidise most of these costs, and that it offers a range of wellbeing products alongside this scheme.

It is in talks with businesses to sign them up to the scheme, which will allow workers to withdraw up to half of their salary early with a fee of £1.50 per transaction.

However, while schemes like these may be cheaper than other short-term lending options, they aren’t without criticism.

First, there is a cost to access this money early, which is usually a transaction charge instead of interest being applied to the money. Most companies also don’t perform a credit check.

Then there’s a wider issue of financial management.

On one hand they could be a lifesaver if someone needs a little extra money, doesn’t want to use an expensive short-term lender, and can’t wait until their salary arrives at the end of the month.

But are they just the lesser of other evils? If that same person is already short of cash, they’re going to find it hard to budget when they receive their salary on pay day and it’s 50 per cent less. This could lead to them either repeatedly taking out their wages early or opting for more expensive options to tide them over.

“Salary advance schemes are aiming to give employees more ownership of their salary and cash flow, and in some circumstances this can be beneficial. However, if used as a regular unsecured credit facility, this can lead to poor financial health and wellbeing.”

Salary advance schemes are also not yet regulated by the Financial Conduct Authority (FCA) and offer no protection under the Financial Services Compensation Scheme (FSCS), which protects up to £85,000 of your money if a company goes bust.

A recent review of the unsecured credit market by the FCA said these schemes can offer a low-cost way of borrowing as an alternative to expensive short-term loans but it said they need to be used alongside tools to encourage better money management and saving habits.

The CIPD said in response that the schemes can be a useful way of workers dealing with unexpected financial emergencies and can help them avoid taking out high-cost credit.

However, it said they need to be offered alongside other measures including a liveable wage, a guarantee of enough hours to receive a liveable income, fair pay, the opportunity to save for the future, benefits that give support during an emergency, the opportunity for career progression, and financial education.

Responding to the observations, a spokesperson from Wagestream said: “15 million workers now benefit from flexible pay - the way we used to be paid before extended, locked pay cycles were invented to save employers and banks money. This created what experts refer to as the ‘locked pay liquidity trap’ for millions of adults.

“As leading charities, the regulator and the CIPD have stated, EWA solves this problem if delivered responsibly, as part of a broader financial wellbeing programme like Wagestream - which offers education, coaching, budgeting and savings, built around flexible pay. Employers must do their research and understand the difference between standalone EWA, and a broader financial wellbeing service that includes EWA.“Fortunately, the impact of EWA as part of a broader wellbeing programme is no longer open to speculation. The data shows that responsible EWA outperforms global benchmarks on financial inclusion, shrinks pre-existing debt cycles, reduces need for predatory credit, and reduces stress in the process.”

The alternatives to salary advance schemes depend on your overall financial situation.

Using existing savings or your income is always the best way of paying for an unexpected event but many people aren’t able to do this, especially in the current economic climate.

If you’re able to take out a credit card with a 0 per cent interest period, these will usually work out cheaper. However, they are only beneficial if you’re able to clear a credit card balance before you start paying interest. The best products are also only reserved for those with excellent credit scores.

Payday loans are the most expensive option, and can often push people into problem debt, while dipping into an overdraft can also cost a lot of money, in interest or daily charges.

Using a credit union is a good alternative if you have a poor credit score and you don’t want to go down the short-term lender route. They should also be able to offer financial advice.

Charities such as Step Change can also give free and independent help if you’re struggling with your finances.